Virginia currently receives 105,000 doses per week from the federal government. State leaders made it their goal to vaccinate 50,000 people per day. 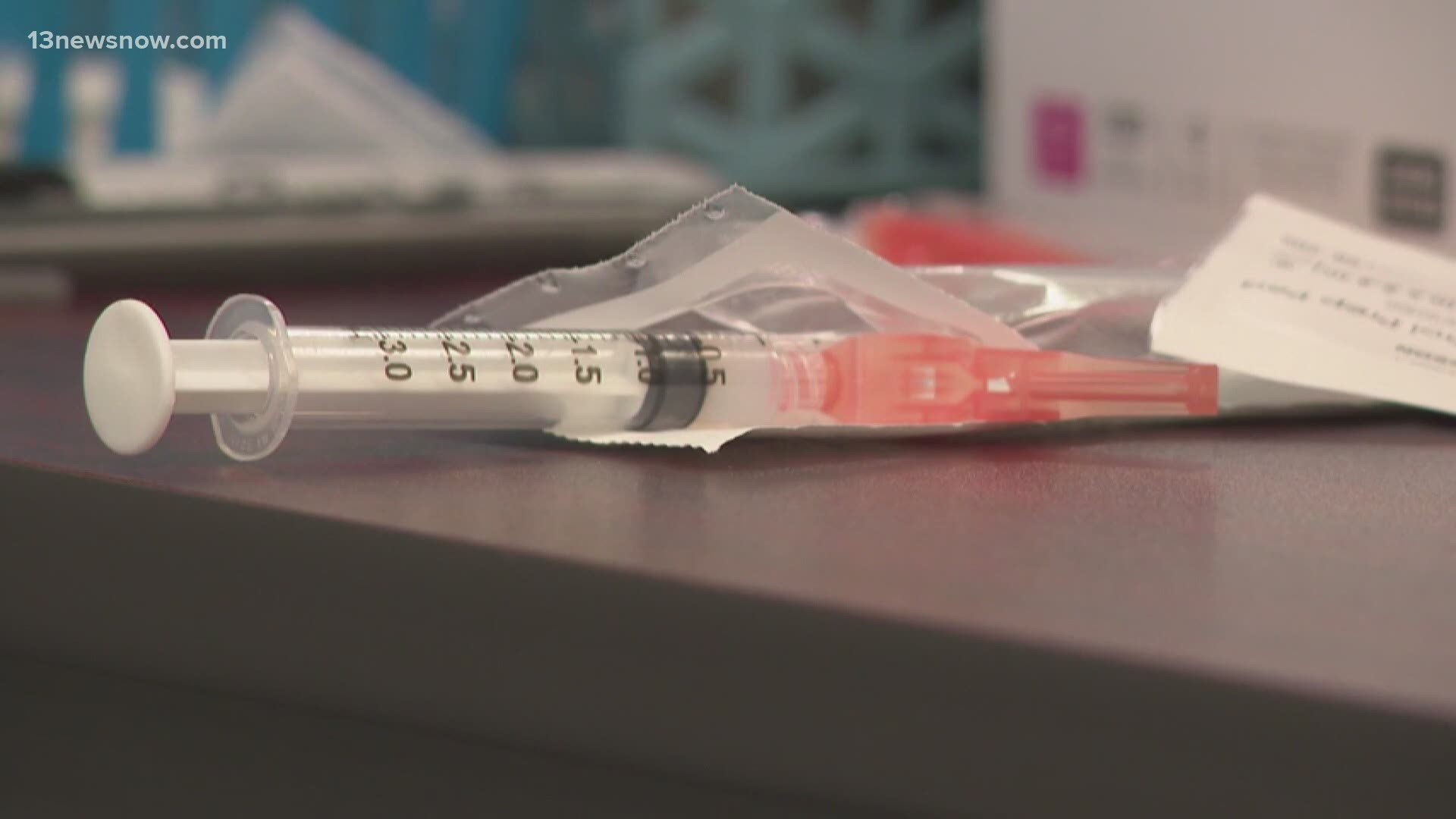 VIRGINIA BEACH, Va. — After what he calls a ‘slow and rocky start’ to the vaccine rollout, Dr. Danny Avula says Virginia now has the capacity to provide thousands of more vaccine doses each day, but the Commonwealth doesn’t have the supply to match.

“Just thinking about the supply-demand realities of where we are right now, it will take several months to work through the 1B population," Dr. Avula said in an interview with 13News Now.

Virginia is distributing vaccine doses to cities based on population, which means most cities receive up to a few thousand doses per week.

"We’ve built a ton of capacity around the state to get vaccines out quickly, there are many places that can do 2,000 doses in a day easily," Avula said.

Avula said everyone who gets the first dose will be able to get a second dose – the limited vaccine supply won’t affect that. However, it is delaying the target of 50,000 shots per day to ‘vaccinate Virginia by summer.’

“The longer that we don’t have vaccine supply the more we’re going to have to ramp up," he explained. "If we have to go another month that’s going to look more like 60,000 doses a day to meet that target.”

For most of January, Virginia ranked as one of the worst states in how quickly it used the shots that were distributed throughout the Commonwealth.

“The reality is when we saw that data, all of us were scratching our heads saying this can’t be the case, clearly we’re moving more vaccine.”

Avula said a VDH team found underreporting and data gaps this week. Virginia now ranks around 35th in the nation.

“Identifying that the data was really a big part of that problem and now we see ourselves somewhere in the 30s, but that’s not good enough," he said. "As Virginians we strive to be the best and we’re going to continue looking at the ways we close that gap, that we move vaccine more effectively.”

To reach Virginia’s target of 50,000 shots per day, the state’s supply of the vaccine would need to, at least, quadruple.