William & Mary shared some of the first examples of students not following the rules about social distancing, limiting gatherings, and wearing face masks. 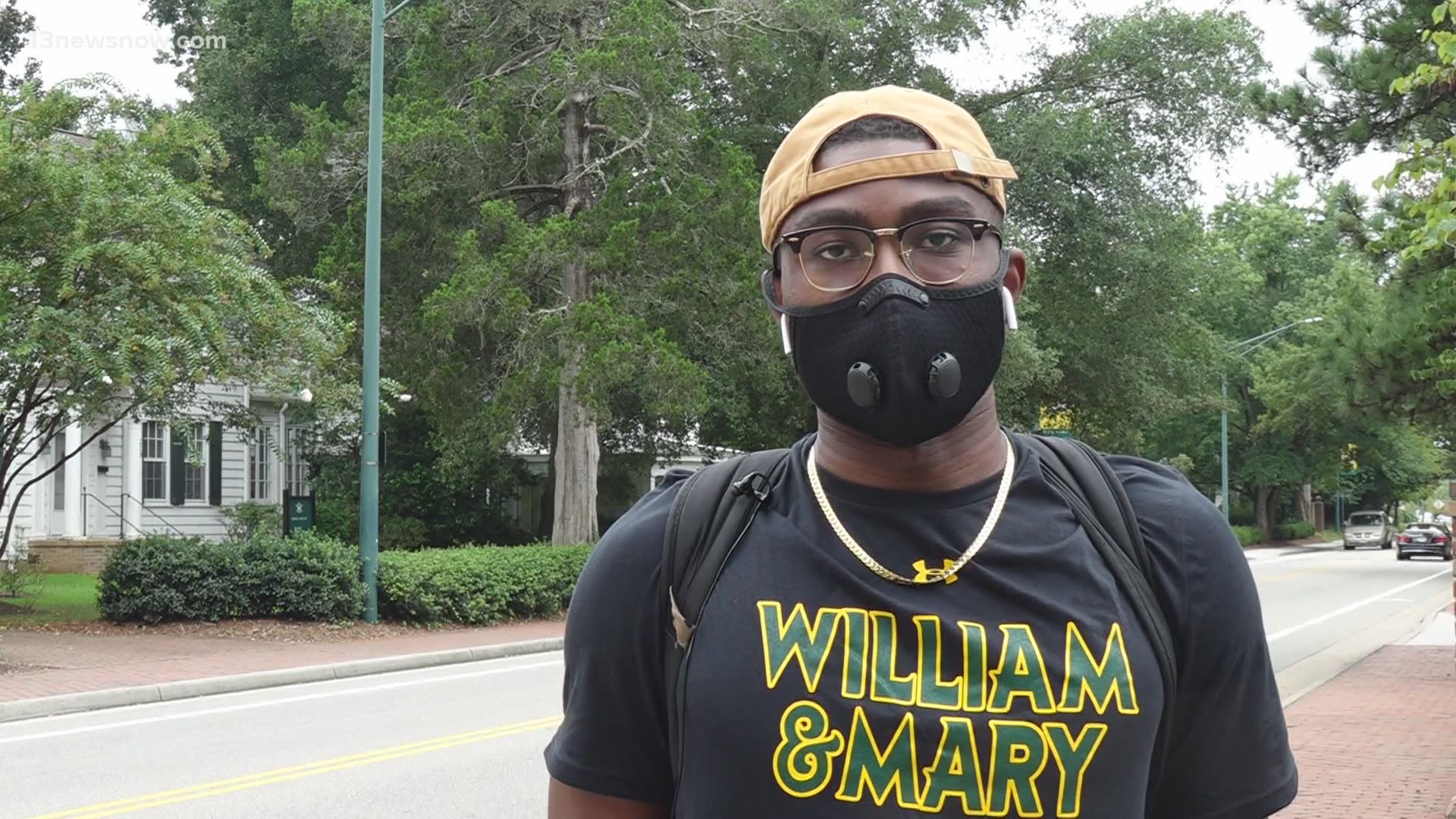 WILLIAMSBURG, Va. — On Saturday, the staff of William & Mary sent a cautionary letter to their students after some were discovered violating the college's coronavirus restrictions.

The university took a hard line on enforcing the rules and has conducted several rounds of mass testing since administration brought students back to campus in mid-August.

On September 12, they shared some of the first examples of students not following the rules about social distancing, limiting gatherings, and wearing face masks.

Ginger Ambler, the Vice President of Student Affairs, said they'd be facing repercussions for the break in policy.

In the email to students, Ambler said the group of students "gathered in a group exceeding our size guidelines, without the space to physically distance, were not wearing masks and possessed alcohol while underage."

She added, "Their actions have resulted in sanctions, which in some instances include removal from campus housing and/or separation from the campus community."

In the letter, Ambler said it wasn't a choice the university "took lightly," but the rules were put in place to keep the community safe, and had been clearly explained.

The letter did not detail how many students were being sent home for the violation, but a university spokesperson tells us 16 students were at the gathering and it happened on campus, in a residence hall.

The email to students did begin by saying most students were following the proper guidelines.

"A successful on-campus fall semester depends on intentional acts of caring and respect for each other and for the community as a whole," she wrote. "Even with full compliance, the health and safety of our community will remain vulnerable. We must do all in our power to protect one another."

13News Now spoke with students about the notice. Freshman Adrienne Keener said, “I kind of wish that people would have been able to stick to the rules a little longer."

Students tell us around camps, they see their peers following the rules.

However, for those 16 students who didn’t take the rules seriously, it resulted in some getting removed from campus housing and/or separated from the campus community.

“I was expecting better from William & Mary, but also like I feel like college students have been home for six months. So, it’s kind of inevitable," said another student.

Sophomore Donovan Lester said he understands the need to socialize, but coronavirus is no joke.

“It’s kind of hard not being able to do stuff we would normally do,” said Lester. "This shouldn’t be anything to play around with.”

William & Mary officials said the next step is to provide due process for all 16 students and it may result in a range of repercussions with some students losing their campus housing, to permanent dismissal from campus.