Doctors diagnosed a Suffolk teen with a rare condition. Now, his mom is part of the solution 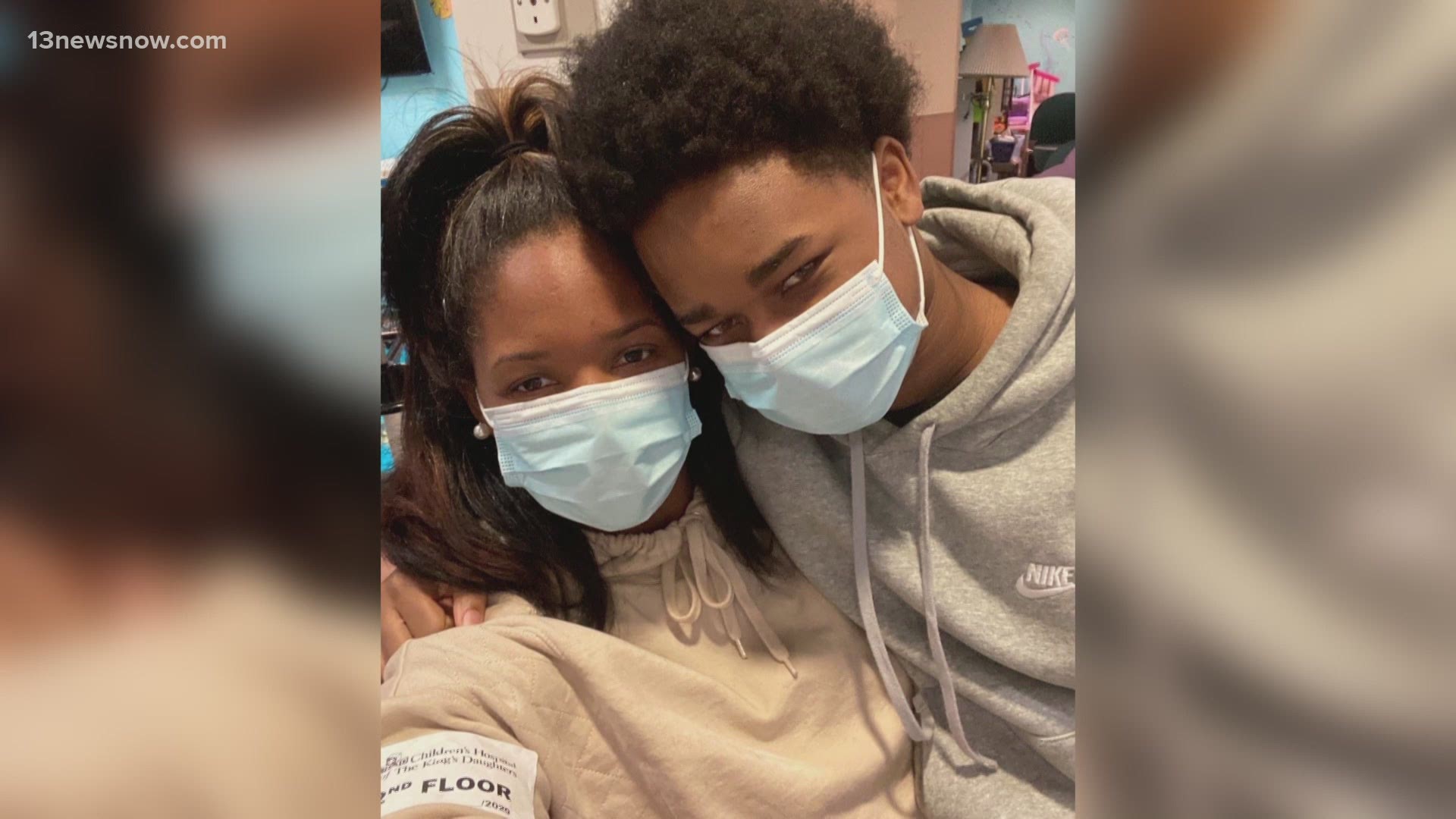 SUFFOLK, Va. — Like any 14-year-old, Jerri McClammy loves to show his brothers who’s the best.

In his Suffolk driveway on Pughsville Road, he can often be found playing basketball with any of his younger brothers, but even the simplest of joys come a little harder for the Suffolk teen.

This spring, doctors diagnosed Jerri with aplastic anemia, a rare condition that attacks the body’s ability to produce its own blood.

“The last game he played, he couldn’t breathe," mother Marie Veal told 13News Now. "Toppled over holding his stomach, just not being Jerri on the court.”

Because of Jerri's inability to produce blood all on his own, blood transfusions are a regular part of his life with frequent trips to CHKD with his mom to get either new blood or new platelets.

As of January, doctors have not found a complete donor match for Jerri. According to data from the organization "Be The Match," the odds of Black or African-American communities finding a genetic match for blood stem cell transplants is 23 percent, the lowest of any ethnicity group. White populations have a 77 percent chance of finding a donor match.

“On the mental capacity, it's very taxing. Not just Jerri I think of, but the other children too. It’s a whole floor of kids," Veal said.

“One day I feel good, but the next I'm tired," Jerri described.

The condition can drain Jerri of his energy, however, he and his mother are traveling to Philadelphia for a bone marrow transplant this February. Veal is still only a partial match, and the combined procedure and recovery is expected to take months. The hope is that after the procedure, Jerri can produce enough of his own blood where he can afford to have less frequent blood transfusions.

Beyond just themselves, Veal is sharing their story and her son's journey to bring awareness about disparities for genetic matches.

“It’s not just a kid thing. It can be adults or kids that need a bone marrow transplant just to save a life," Veal said.

According to Be The Match, Veal has registered more than 25 people on the donor registry alone.