CHKD allergist Dr. Angela Hogan said parents should give their babies a peanut protein, such as peanut powder or peanut flour, when their children are babies. 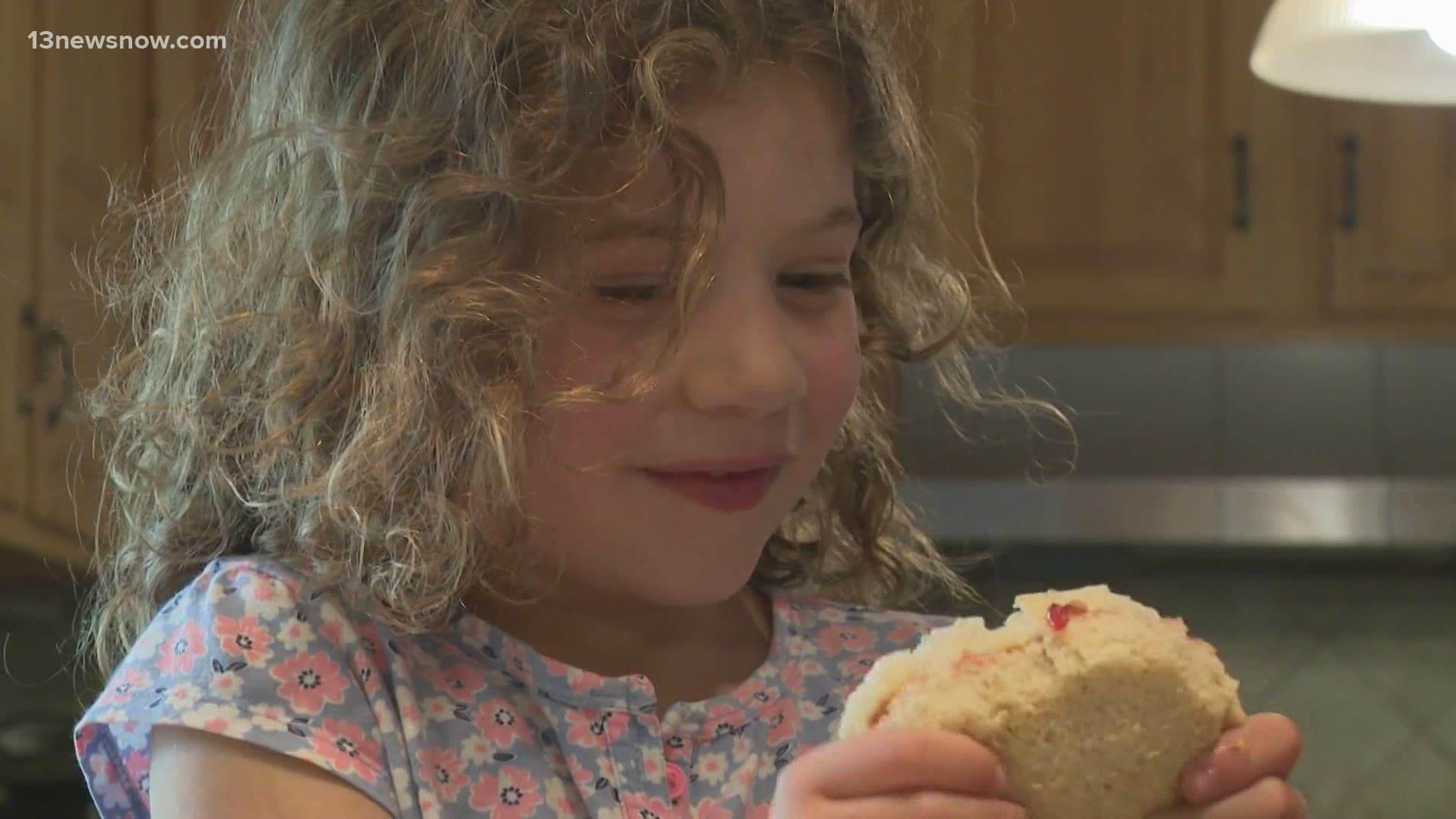 CHESAPEAKE, Va. — Parents should no longer keep a peanut protein away from their babies for fear of a peanut allergy. More kids are becoming allergy-free after participating in peanut challenges.

Lauren Munden of Chesapeake says her 6-year-old daughter, Paige, beat a potential allergy. Test results showed Paige had a sensitivity to peanuts when she was a baby. Her mom feared she would become allergic just like her older sister.

“We did a timed peanut challenge where we mixed peanut butter in with her baby food and under medical advisement, slowly gave her the allergen and she ended up beating it," Munden explained.

Now, Paige’s favorite sandwich is peanut butter and jelly. Munden says just a few short years ago when her other daughter tested positive for the allergy, the advice was very different.

“We were told immediately to take it out of her diet and not to reintroduce it," Munden said.

CHKD allergist Dr. Angela Hogan said parents should give their babies a peanut protein, such as peanut powder or peanut flour, when their children are babies.

“We were getting it all wrong. We really need to make sure that all babies eat peanuts early, somewhere between four and six months," Dr. Hogan said.

The peanut-containing food should be given weekly.

The window of time that this can be an effective treatment is short, unfortunately. Once kids reach the toddler stage, the challenge is unlikely to work.