The Center for Disease Control says flu cases are "lower than usual" for this time of year. 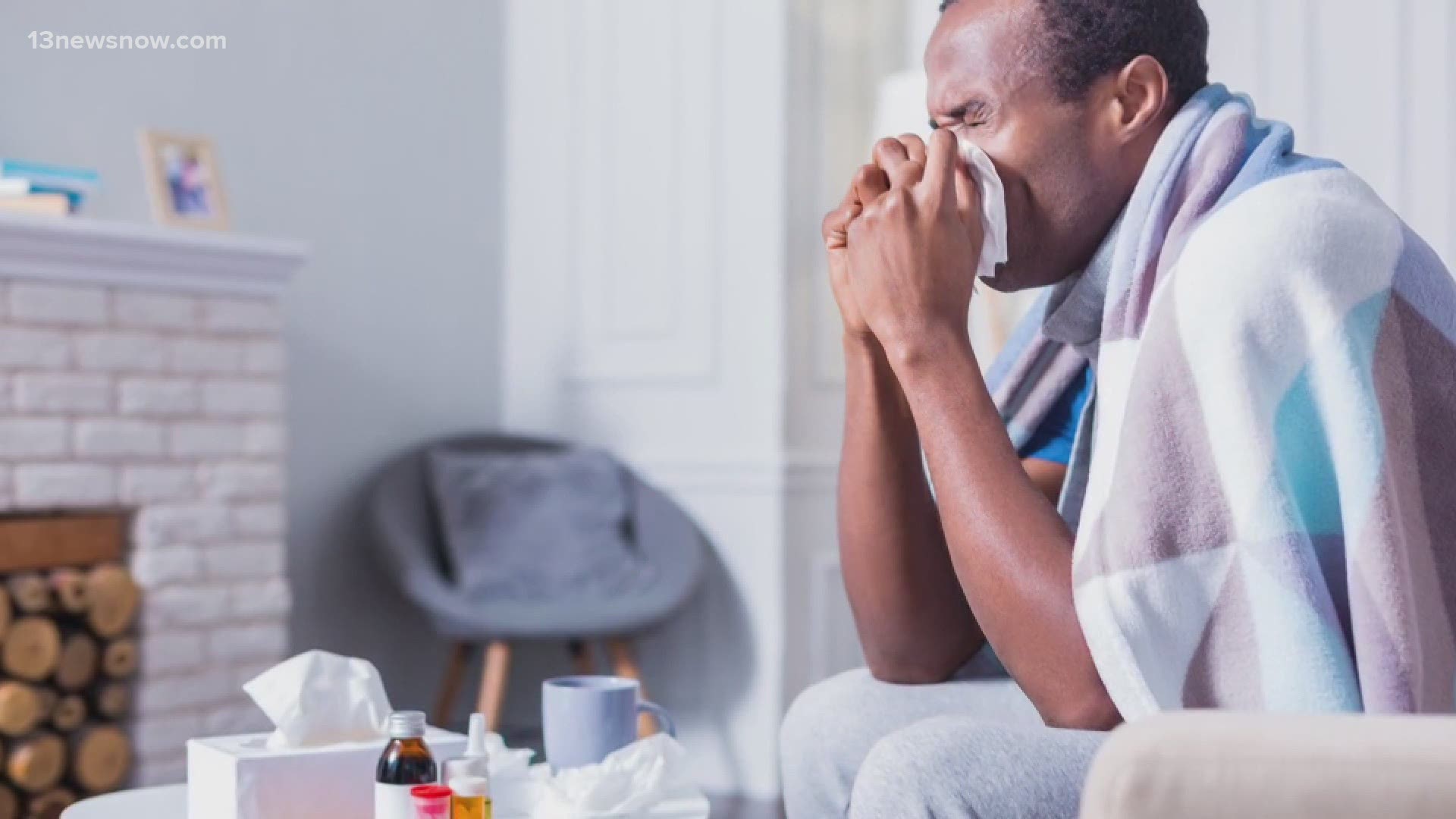 HAMPTON, Va. — It's flu season, but you might not have noticed.

Although coronavirus cases may be on the rise, influenza cases are dropping.

The dropping flu cases comes after warnings from healthcare professionals about a possible coronavirus and flu “twindemic” but the head of Sentara’s Influenza Task Force, Dr. Anthony Fisher, says that's not off the table just yet.

The Centers for Disease Control says seasonal activity is “lower than usual” across the country, and hospitals in Virginia and North Carolina are seeing similar trends.

Fisher, who also serves as Vice President of Medical Affairs at Sentara CarePlex Hospital in Hampton confirmed: "Compared to 2019, our numbers are lower than we’ve seen the previous year.”

In fact, Fisher says they don’t have a single case in their emergency departments.

“It is unusual," he said. “Usually we’re seeing local activity even regional activity... right now we’re at no activity.”

There was “sporadic” activity in Virginia last month but that didn’t last for long. Fisher said it's "too early" to say for sure why flu cases have dropped.

“We think there are a lot of factors at play," Fisher said. "It could be people staying home more because of COVID but also masking, social distancing, hand hygiene could all be a causative factor for the decline in influenza cases... which is a good thing.”

Fisher said more people are getting their flu shots and there’s heightened awareness around health.

“I think we’ve been more vigilant in getting the word out because of the potential dual infection with COVID or also the potential of having a dual surge," Fisher said.

Fisher said a twindemic could still happen in the months ahead.

“It does look good right now, but we should definitely not let our guard down,” he said. “It’s a concern. We’re not out of the woods.”

Flu season peaks in January, February, and March. Fisher said we could see flu cases start to rise in December.

But the same precautions that prevent coronavirus also prevent flu, so he says if people continue to wear masks and social distance, we can avoid rising flu numbers.

“If everyone keeps doing what they’re doing as far as managing the COVID pandemic, we can avoid having that twindemic, or at least significantly minimize it," he said.

It's not too late to get your flu shot, if you haven't already.