Flu shot is less effective on people who are overweight, researchers say

Not only is the vaccine less likely to work well, but people who are overweight can spread the virus for longer periods of time. 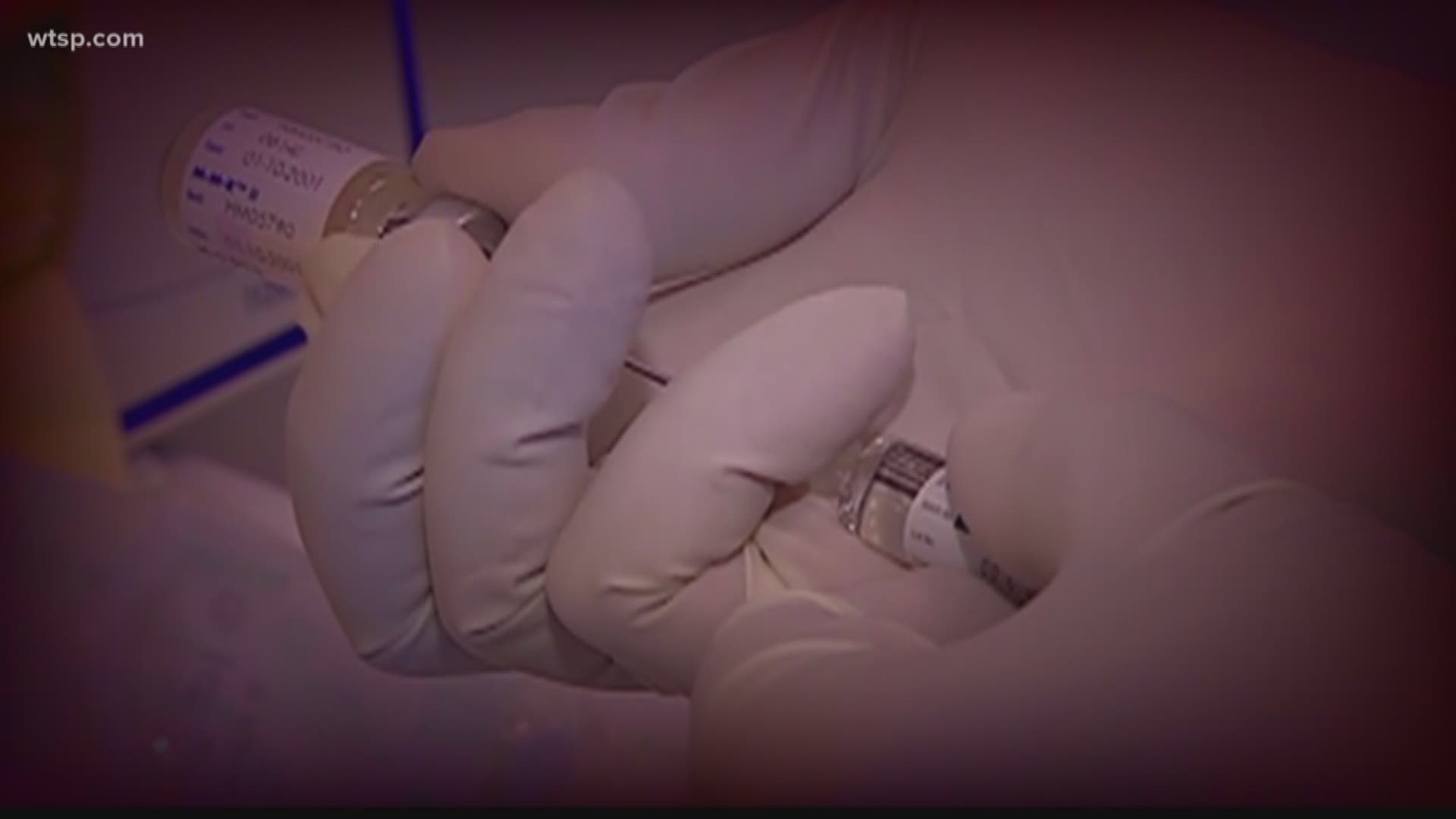 TAMPA, Florida — Getting vaccinated against the flu is highly recommended as flu season ramp up.

However, medical researchers say the vaccine could be less effective for people who are overweight or obese, NPR reports. According to the Centers for Disease Control and Prevention, more than two-thirds of American adults are overweight.

The 2009 flu pandemic caused medical officials to began focusing on the virus’ effect on those who are overweight.

Infectious disease specialist Stacey Schultz-Cherry, who works for St. Jude Children’s Hospital told NPR the virus was able to grow better and at higher concentrations in obese patients. Schultz-Cherry said it could even spread deeper into their lungs.

Professor of nutrition at the University of North Carolina at Chapel Hill, Melinda Beck, tells NPR it could be because when people become overweight it changes their metabolisms. That change affects lots of cells, including cells in the immune system.

"You usually think of the vaccine as protecting you with antibodies," she says. "And in fact, obese people could make a nice antibody response." The part of the immune system that fails, in this case, involves the T cells, she tells NPR.

Earlier this year Australian scientists believed they made an “extraordinary breakthrough” in what could lead to the creation of a universal flu vaccine, RT reports. Scientists at the Peter Doherty Institute for Infection and Immunity – University of Melbourne (Australia) professor Katherine Kedzierska and doctoral researcher Marios Koutsakos – discovered immune cells that can fight through all known flu viruses and mutations.

The study was also published in the Nature Immunology journal.

The scientists studied 67,000 viral sequences and narrowed them down into three sequences which are common across all strains of the influenza virus.

In the study, the scientists identified so-called “killer T cells” found in more than half the world’s population. The cells act like the body’s own private security, identifying abnormalities and infections and killing them.

Harvesting and replicating these cells could lead to the production of an all-in-one flu shot. Patients would only need to receive the hypothetical shot once a decade or possibly once in a lifetime.

The CDC says flu season usually starts to pick up in October, peak between December and February and stick around through May.

RELATED: What if our bodies could fight cancer on their own? A local lab hopes to accomplish this.

RELATED: Survey: 90 percent of employees come to the office sick