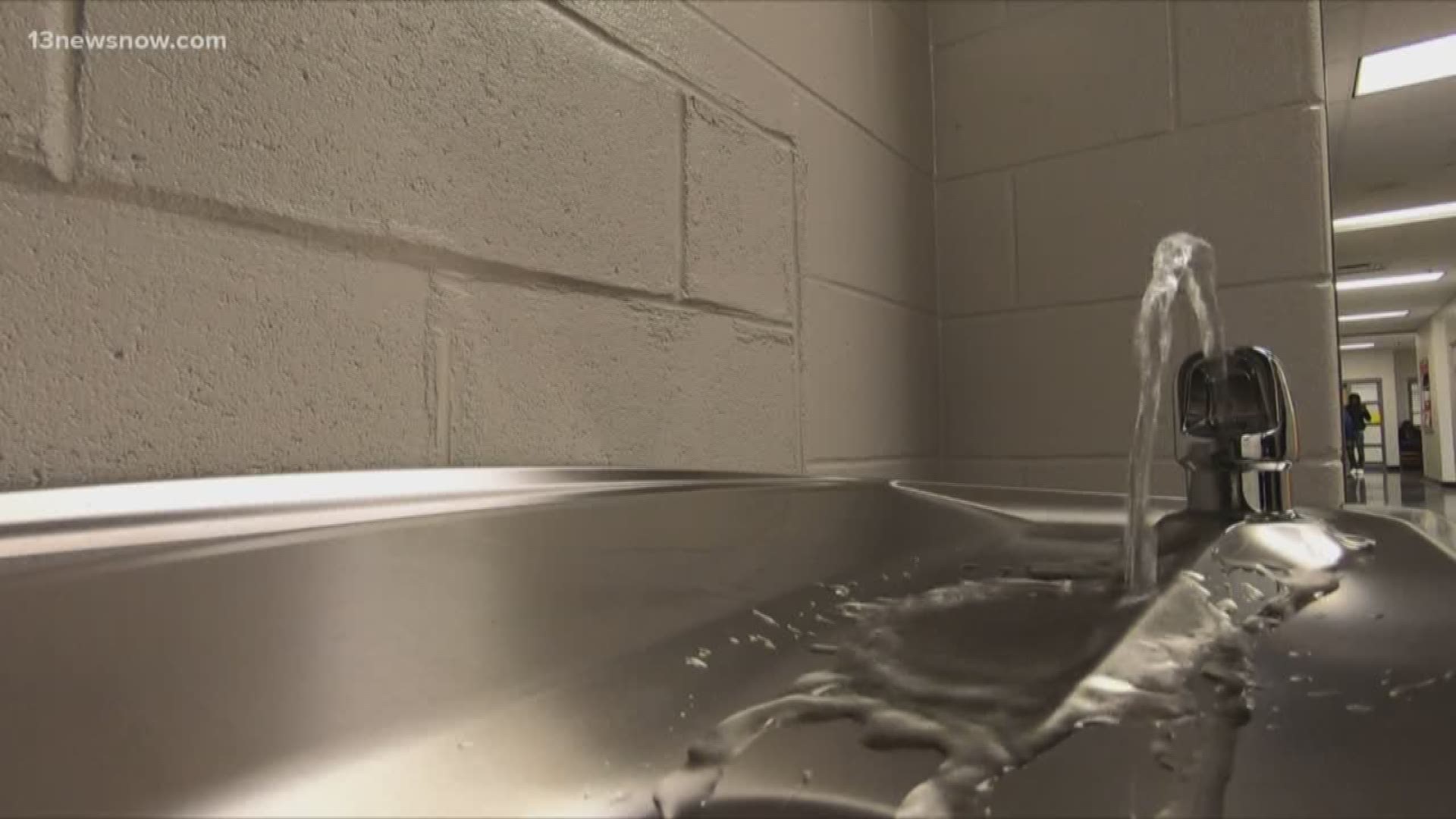 NORFOLK, Va. — Virginia lawmakers are unanimously approving bills that would require school divisions to report lead testing results to the Department of Health and notify parents of failed tests.

Previously, reporting requirements for school divisions were lax, only recommending that each district prioritize testing of schools built before 1986. At the state level, there was no identified "unacceptable" level for lead results.

Virginia Beach delegate Alex Askew, among others, has introduced legislation that requires the reporting of lead testing results, increases transparency for families, and sets a maximum acceptable lead level of 10 parts per billion for school drinking sources.

Additional legislation receiving full support in both houses would require lead testing and reporting in early childcare and preschool programs across the state.

Although, water advocates said any amount of lead in school drinking water is potentially dangerous.

"We don't want to wait for the next generation to come along to fix the problem," said Elin Betanzo of Safe Water Engineering. "If we see any lead in the water, we want to take care of it now."

In response to our reporting, multiple Hampton Roads school districts promised additional rounds of testing before the 2020-2021 school year. Virginia Beach City Public School leaders said they're implementing a flushing program to clear out all drinking and food preparation sources over the summer.

Betanzo said flushing is just a band-aid on a bigger problem. She recommends more comprehensive solutions like pipe and fixture replacements, or at least filters on water sources.

On Monday, a Senate subcommittee unanimously passed on SB 392 to Appropriations.