The FDA called the recall a Class I recall, which is the most serious kind because using the device could cause serious injury or death. 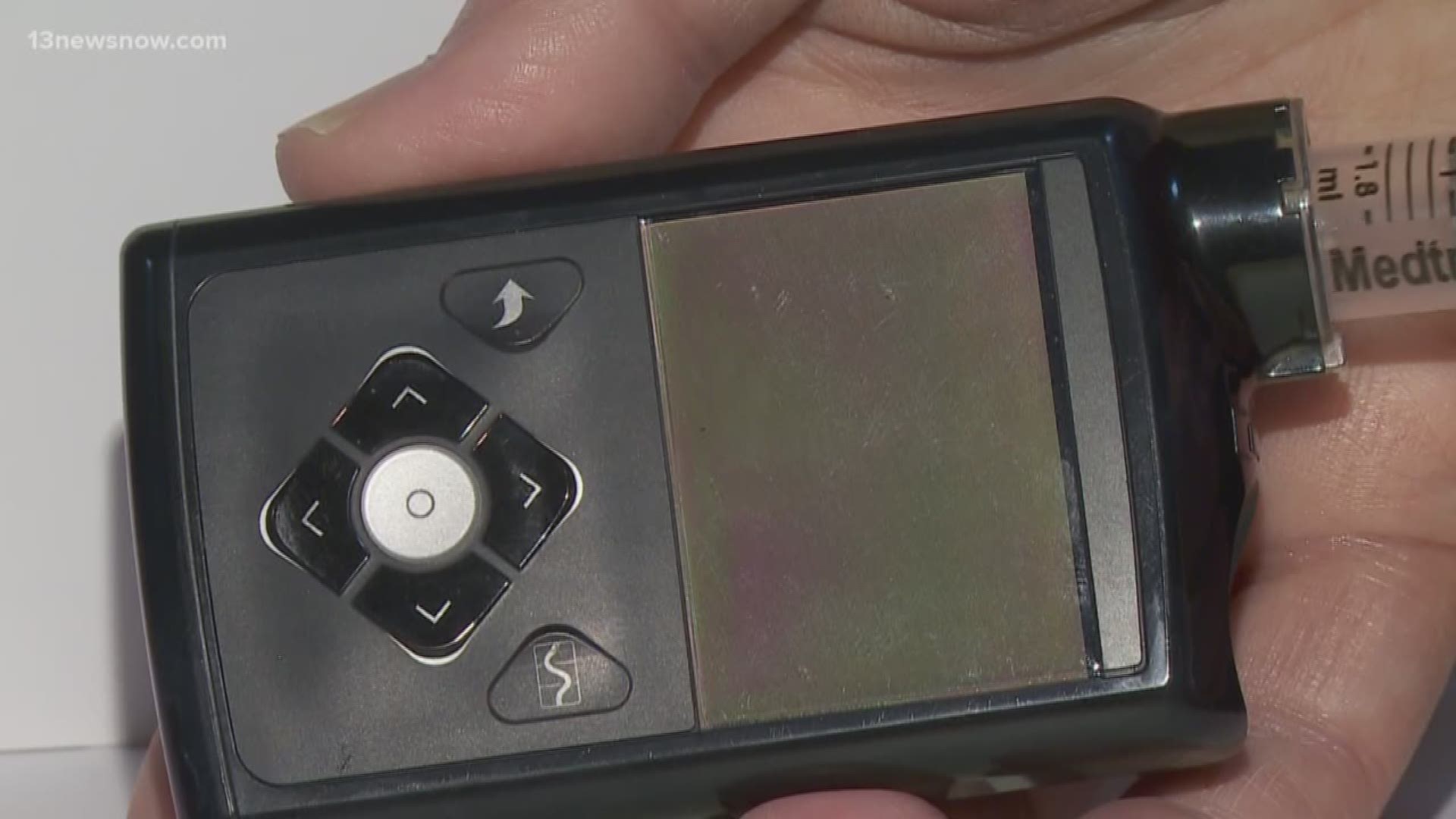 VIRGINIA BEACH, Va. — The Food and Drug Administration announced the recall of Medtronic’s MiniMed 600 Series Insulin Pumps as a “Class I” recall.

People who have Type 1 diabetes can use the MiniMed insulin pump to deliver insulin to manage their diabetes; however, Medtronic had to recall the specified insulin pumps due to a missing or broken retainer ring. According to the FDA, the ring is supposed to help lock the insulin cartridge into place. However, if the cartridge is not locked into place, under- or over-delivery of insulin could take place which could lead to hypoglycemia or hypoglycemia.

"It's very serious, any time there's an issue with a device. They go through a very stringent quality control check when it's released because it is life-threatening for patients," De Abate said. "For a patient who is depending on insulin because they're not dosing it any other way except through their pump, it can be life-threatening. And for a person with type one diabetes, you don't have as much lag time to identify there's a problem.”

De Abate said she’s glad one of her patients luckily caught the issue on his pump.

"He said something's up, and he came in for a visit and we did some troubleshooting. We contacted Medtronic right away and was able to get him a new pump,” said De Abate.

If you or anyone you know used the recalled pumps, contact your healthcare provider immediately.

"Reach out to your diabetes educator and a physician and your endocrinologist and then we can get in touch with Medtronic directly,” said De Abate.