Three dogs in North Carolina died after their owner took them for a swim in a contaminated pond. 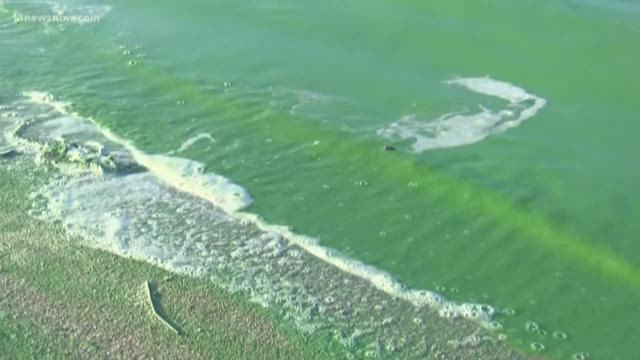 When the weather's this warm, it's normal for people and pets alike to cool off with a swim, but North Carolina health officials are sending a warning about toxic algae blooming in rivers, lakes, and ponds.

The North Carolina Department of Health and Human Services says they spotted the "widespread" algae blooms as close as the Chowan River.

In Wilmington, three dogs died after their owner took them for a swim in a contaminated pond.

Melissa Martin says they began having seizures within minutes and died later that night.

The Department says algae blooms have been reported at Arrowhead Beach near Edenton, as well as other spots along the Chowan River and Albemarle Sound.

The department says the "widespread" algae blooms have lingered in the area since May.

Although there are no reports of adverse health effects in people, experts are advising people to: