House Bill 1862 protects employees who use medical cannabis oil, with a few exceptions. 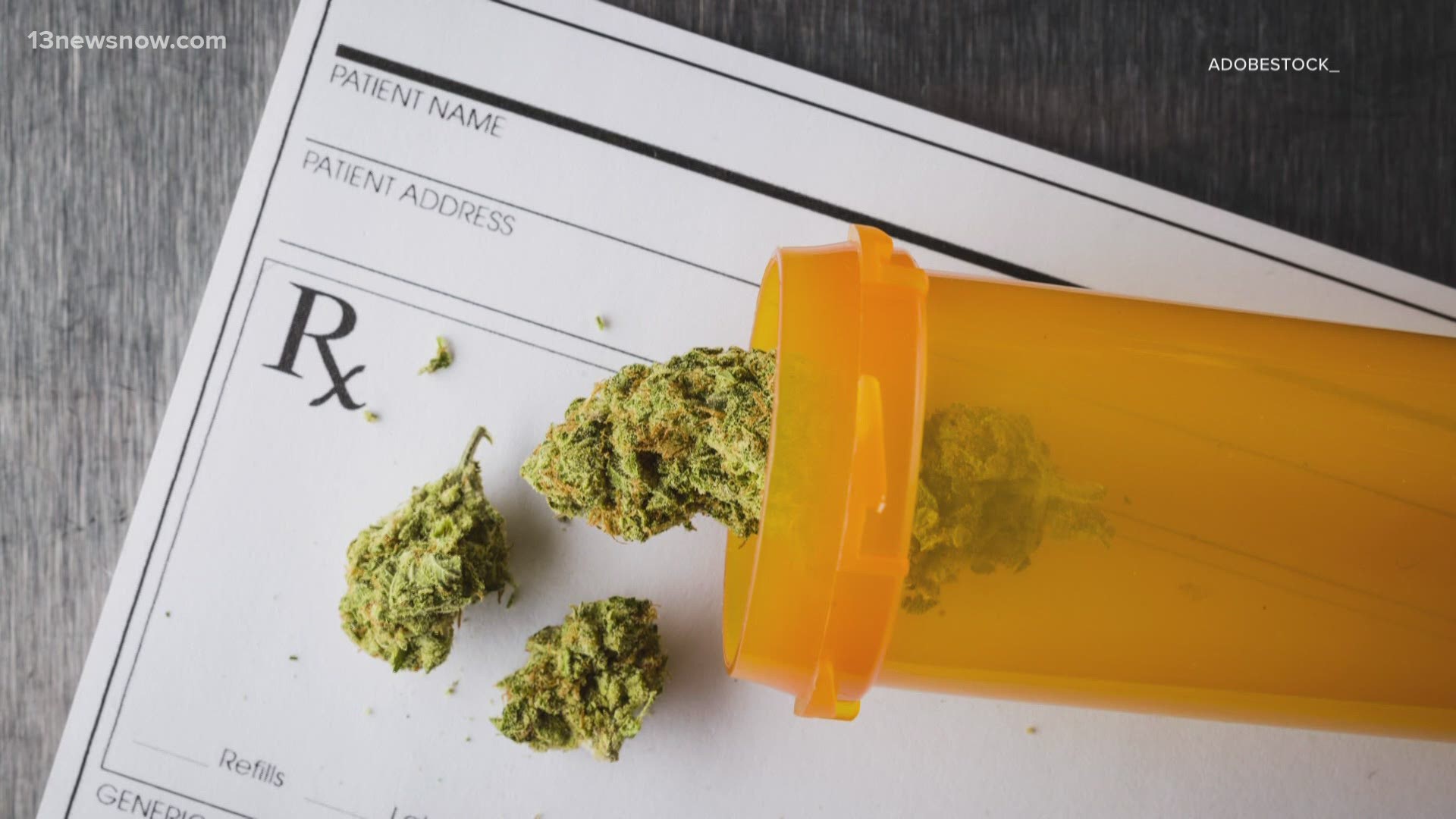 VIRGINIA BEACH, Va. — House Bill 1862 makes it illegal for your company to fire or discipline you for using medical cannabis oil, if you have written approval from a medical practitioner.

He said the bill does more than just protect employees.

"It provides some protections for employers legitimate business interests, having a safe workplace and maintaining the ability to obtain contracts which may bar such usage," Allenburg said.

The bill also gives employers disciplinary and discharge rights if an employee is in possession of cannabis oil on company property.

"We have a very large military presence here. Department contractors who would be very concerned if they would lose the ability to get those federal contracts," said Allenburg, noting Hampton Roads' unique economy in explaining the consequences.

"This is an important step forward. We need to work swiftly to eliminate suspicion-less testing altogether," Pedini said.

" A medical workgroup met over the summer [and] this is one of the issues that came up during conversations. It is really important to patients that they be able to hold jobs while being registered," said Pedini.