Experts say people are manufacturing their own drugs using insecticide. 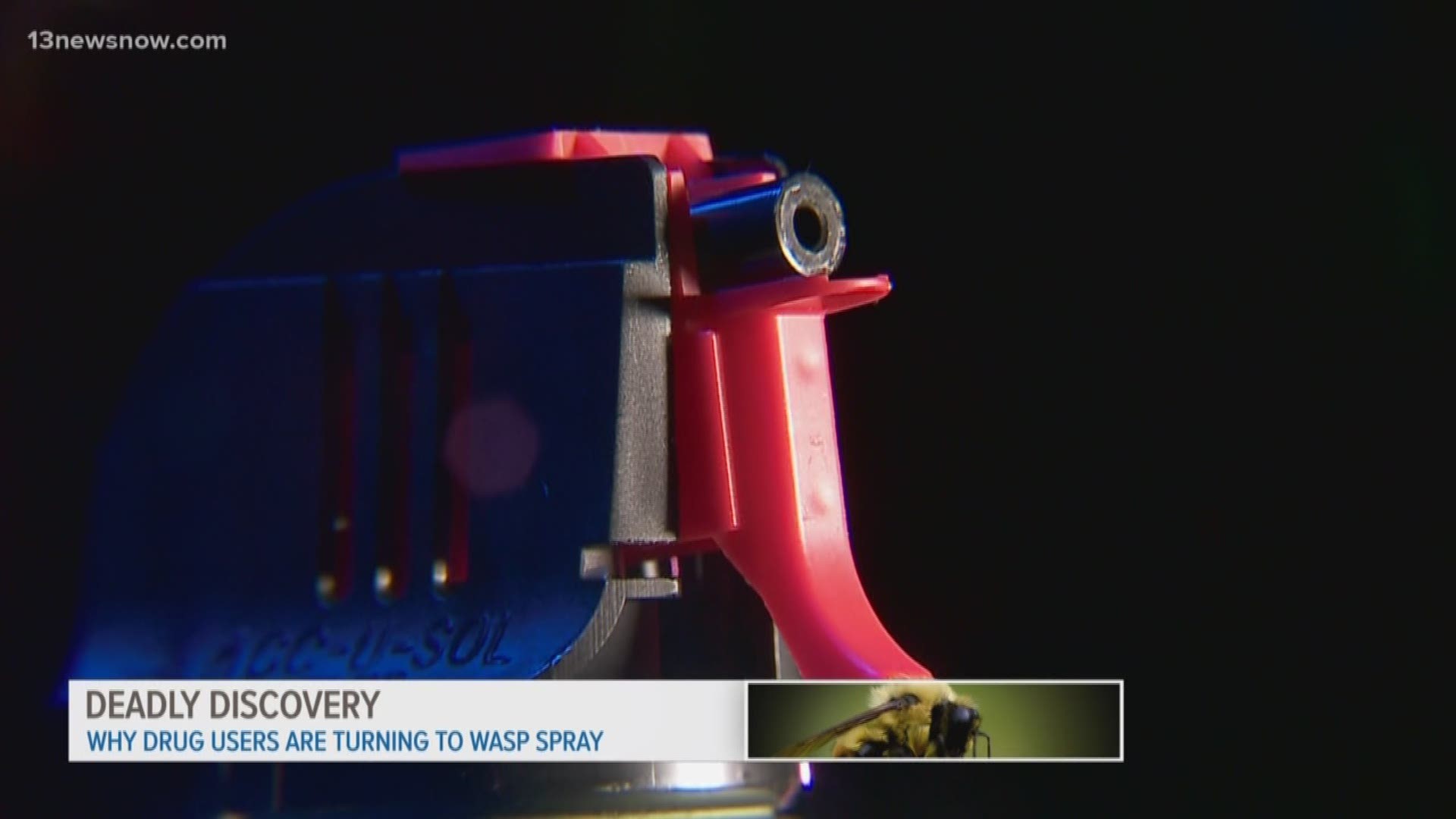 NORFOLK, Va. — A new fad drug is on the rise, and medical experts said it’s not something someone should put in their body.

The scariest part about the drug is that creating it only requires a few home items and insecticide.

Director of the Boone County Ambulance Authority Bryan Justice said that when his EMTs responded to people on the drug, they had bad reactions.

He said the people his team responded to who were on the drug appeared ill and combative.

Justice said in other cases, the person on the drug was less responsive.

“They kind of get in a fetal position and they kind of shrivel up like a wasp would do with wasp spray,” said Justice.

According to medical experts, a combination of drugs and foreign substances could be deadly.

“An overdose of methamphetamine would be toxicity to your cardiovascular system and your nervous systems, which would include a heart attack, stroke, seizures,” said Dr. Rose.

However, it’s unclear what impact wasp spray might have on the body.

“There’s no scientific evidence that anything in wasp spray would be anything but harmful,” said Rose.

Doctors and medics aren't the only ones telling people to stay away from the drug.

“I am very thankful to be alive because I was hospitalized a couple of times because of my drug addiction,” said Jablonsky.

Jablonsky said stints in the hospital and jail caused him to turn his life around. Today Jablonsky runs a motivational site called “The Point of Change.”

“Every day that I get to be here is borrowed time honestly,” said Jablonsky.

He said that people are mixing wasp spray and meth to create a larger batch, but that it could be deadly for the individual who uses the product and is unaware of what’s in it.

“They could hit it and then just pass away,” said Jablonsky.

He said there will always be another drug fad, but to get clean, people have to focus on what’s most important.

“It’s not about you in this life. It’s about your family and your friends and the rest of this world,” said Jablonsky.