A local woman said that when she woke up from surgery, OBGYN Doctor Javaid Perwaiz said he removed more than was planned. Now Perwaiz is under investigation. 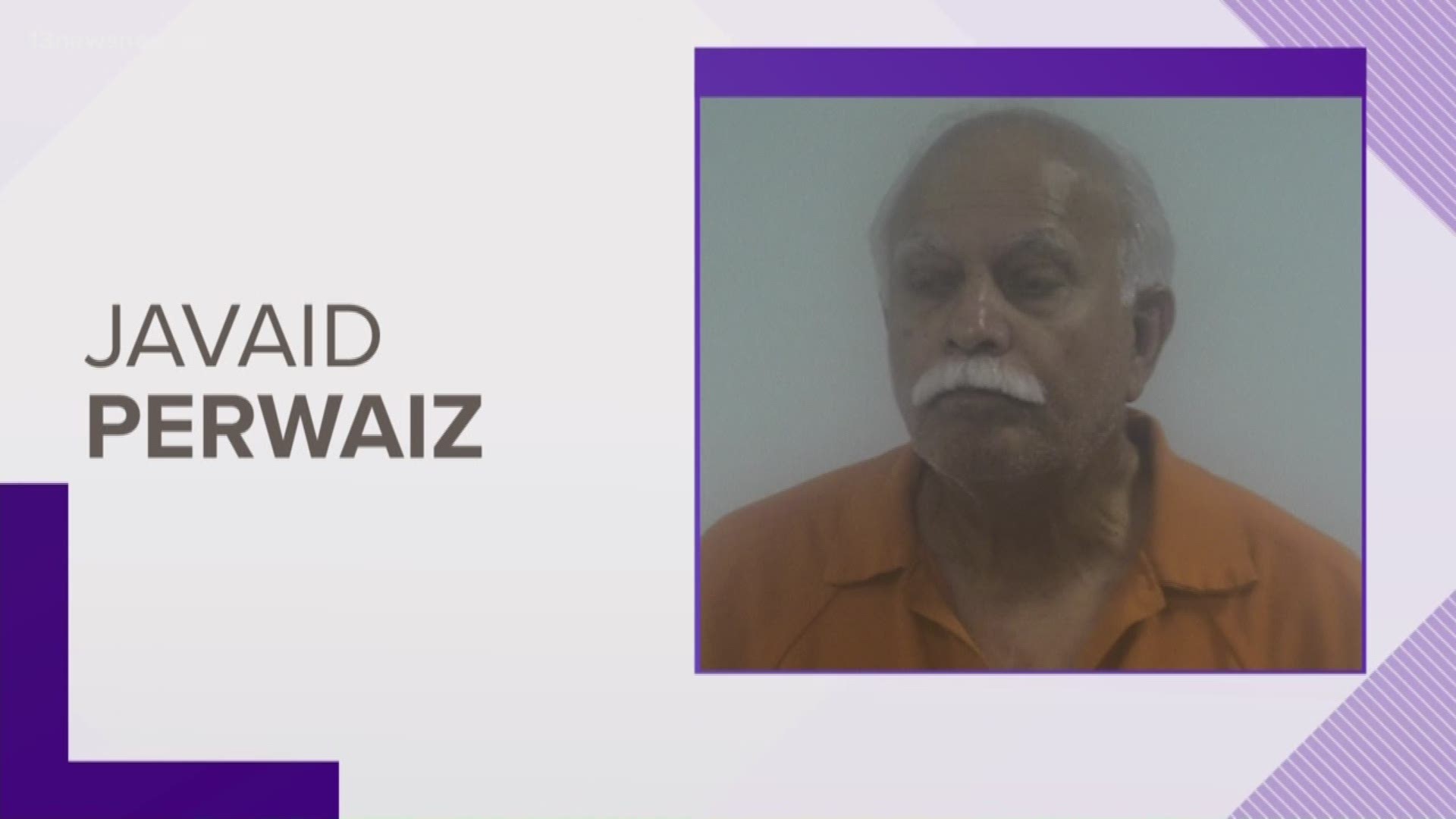 CHESAPEAKE, Va. — After a year-long investigation, OBGYN Doctor Javaid Perwaiz is in jail without bond.

Federal prosecutors are accusing a Virginia physician of performing unnecessary surgical procedures on women without their knowledge or consent.

Perwaiz had two practices in Chesapeake, one off of Churchland Boulevard and another on Wimbledon Square.

Perwaiz was arrested and charged with one count each of health care fraud and making false statements relating to health care matters.

According to an affidavit, some of the unnecessary surgeries include hysterectomies and tubal ligations among others.

Dayna Chezem said that in 2014 she went to see Perwaiz and the visit was uncomfortable.

“He started commenting on how beautiful I was and how pretty my hair was. To me, you just don't have those kinds of conversations when you're in the middle of doing that job," said Chezem.

Chezem said that Perwais told her she had to have emergency surgery to get her ovaries removed.

She said after the surgery she spect a night in recovery and he came in to tell her he removed one ovary and her uterus. Her uterus wasn't supposed to be removed.

"I wasn't expecting to lose my parts. It did bother me, I would have liked to have known what he was going to do in there and what he actually even did do in there,” said Chezem.

Court documents show plaintiffs in multiple lawsuits alleging that the Perwaiz performed up to 30 surgeries in one day and that some ended in irreparable injuries.

Now Chezem is working with a new doctor to fix the pains caused by her surgery.

"I'm really wondering what went on. I'm having my doctors pull my records from there to find out what exactly he did and then we're going to go from there and see why I have the pain I'm still having,” said Chezem.

Documents showed that starting in January 2014, Perwaiz performed surgery on 510 patients - with 42% of them undergoing at least two operations.

Chezem said she believed Perwaiz did so many surgeries out of greed.

“People take advantage of other people especially when it comes to money, so I think that had a lot to do with it,” said Chezem.

Chezem had kids before coming in contact with Perwaiz, but she feels for the women who never got the chance.

"I hope that their lives are filled with plenty of children, maybe they could adopt. I'm just really sorry it happened to them,” said Chezem.

The federal government's affidavit against Perwaiz is below.

RELATED: Nurse arrested in rape of woman who gave birth at facility