Water samples were collected Tuesday and showed bacteria levels that exceeded the state water quality standard. Those levels have returned to normal. 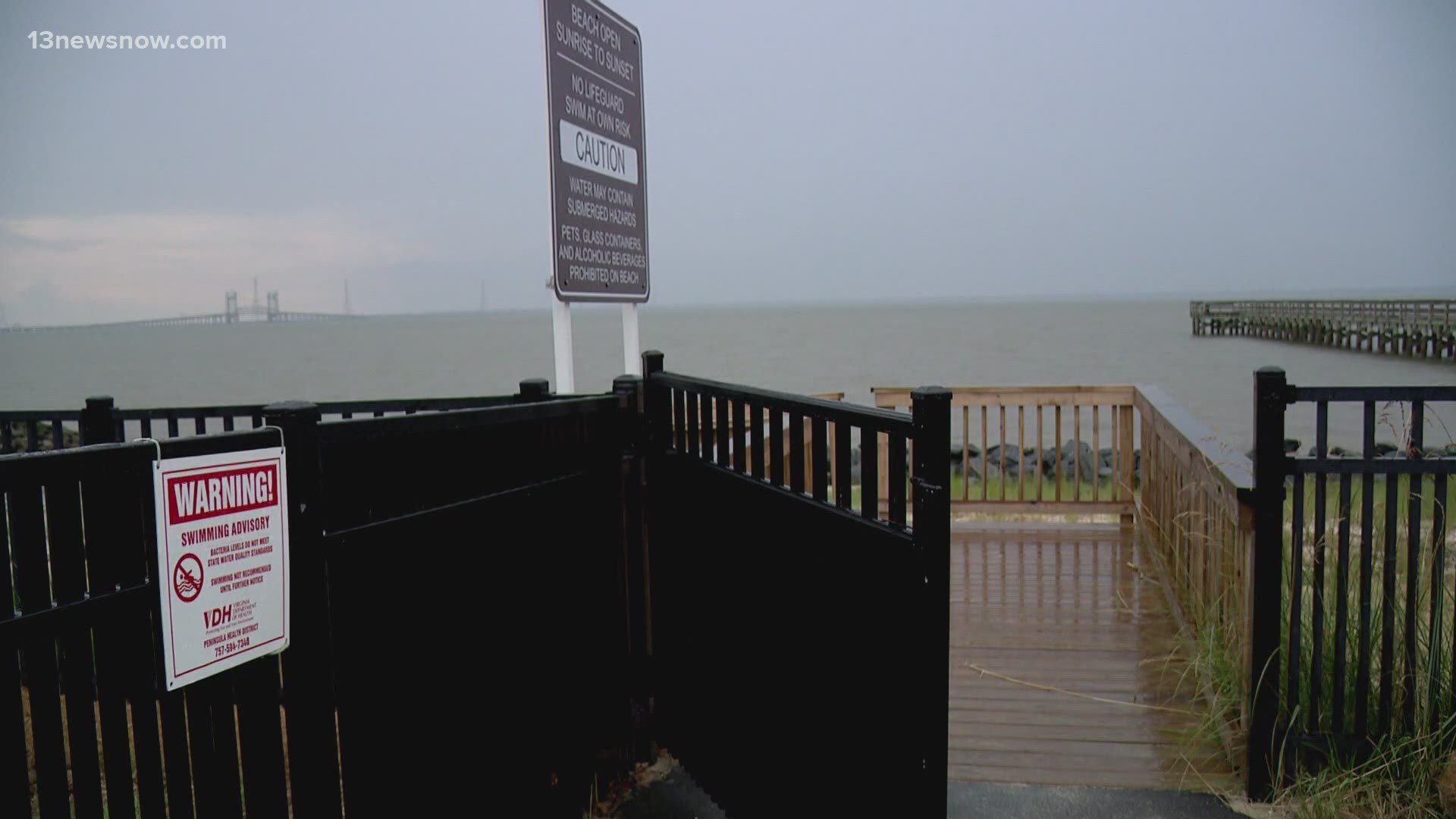 NEWPORT NEWS, Va. — If you were planning on going to Hilton Beach this weekend, you've got the all clear!

The Department of Public Health issued an advisory Wednesday saying the bacteria levels in the water were higher than state standards, and said swimming is not advised.

However, on Thursday, that advisory was lifted meaning the water is safe again.

There are signs posted at the beach, alerting the public to stay away. They read "Warning swimmers - bacteria levels do not meet state water quality standards, swimming not advised until further notice." Those have been removed.

Because of Tuesday's results, more water samples were collected on Wednesday. The results from those tests came back Thursday showing regular results.

According to the Department of Public Health, "people swimming or playing in waters with bacteria levels higher than the standard have an increased risk of developing gastrointestinal illness."

“We encourage the public to protect their health by complying with this advisory,” said Gary Hagy, Environmental Health Manager of the Peninsula Health District. “Typically, an advisory of this nature is temporary and will be withdrawn once the bacteria levels have returned to a safe level.”