What to know about the Wuhan coronavirus

Around 300 people have been diagnosed with a new type of coronavirus, including a Seattle area man who traveled to China. 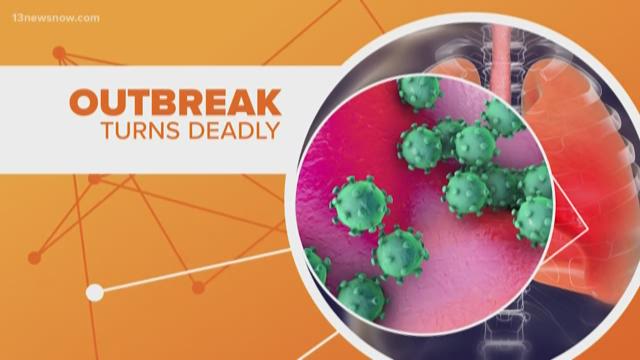 Health officials around the world are keeping a close watch on an outbreak of a new virus in China. Scientists have identified it as a new kind of coronavirus.

The virus is believed to have originated from a seafood market in the central city of Wuhan, China.

On Tuesday, the first U.S. case of the 2019 novel coronavirus (2019-nCoV) was confirmed in Snohomish County, Washington. The man in his 30s was hospitalized with pneumonia after returning from Wuhan on Jan. 15. The man traveled through Sea-Tac International Airport.

Symptoms of the illness include fever, cough, and difficulty breathing, according to the Centers for Disease Control and Prevention (CDC). The Chinese government confirmed human-to-human transmission is occurring with the new coronavirus.

There are many known types of coronaviruses. Some human coronaviruses cause the common cold, while other types found in other animals have evolved into more severe illnesses such as SARS or MERS. So far, 2019-nCoV appears less dangerous and infectious than SARS. That illness also started in China and killed about 800 people.

The CDC said the airport screenings are part of an effort to better detect and prevent the virus from the same family of bugs that caused an international outbreak of SARS and MERS that began in 2002 and 2012.

The CDC said anyone traveling to Wuhan should avoid animals, animal markets, and products that come from animals like uncooked meat. Travelers should also avoid contact with sick people and frequently wash their hands with soap and water for at least 20 seconds.

While severe illness and several deaths have been reported in China due to the virus, other patients have had milder illnesses. The CDC said it believes the risk of the Wuhan coronavirus to the American public at large remains low.