A team of archaeologists is unearthing the rich history of First Baptist Church. It's believed to be one of the first Black Christian churches in the U.S. 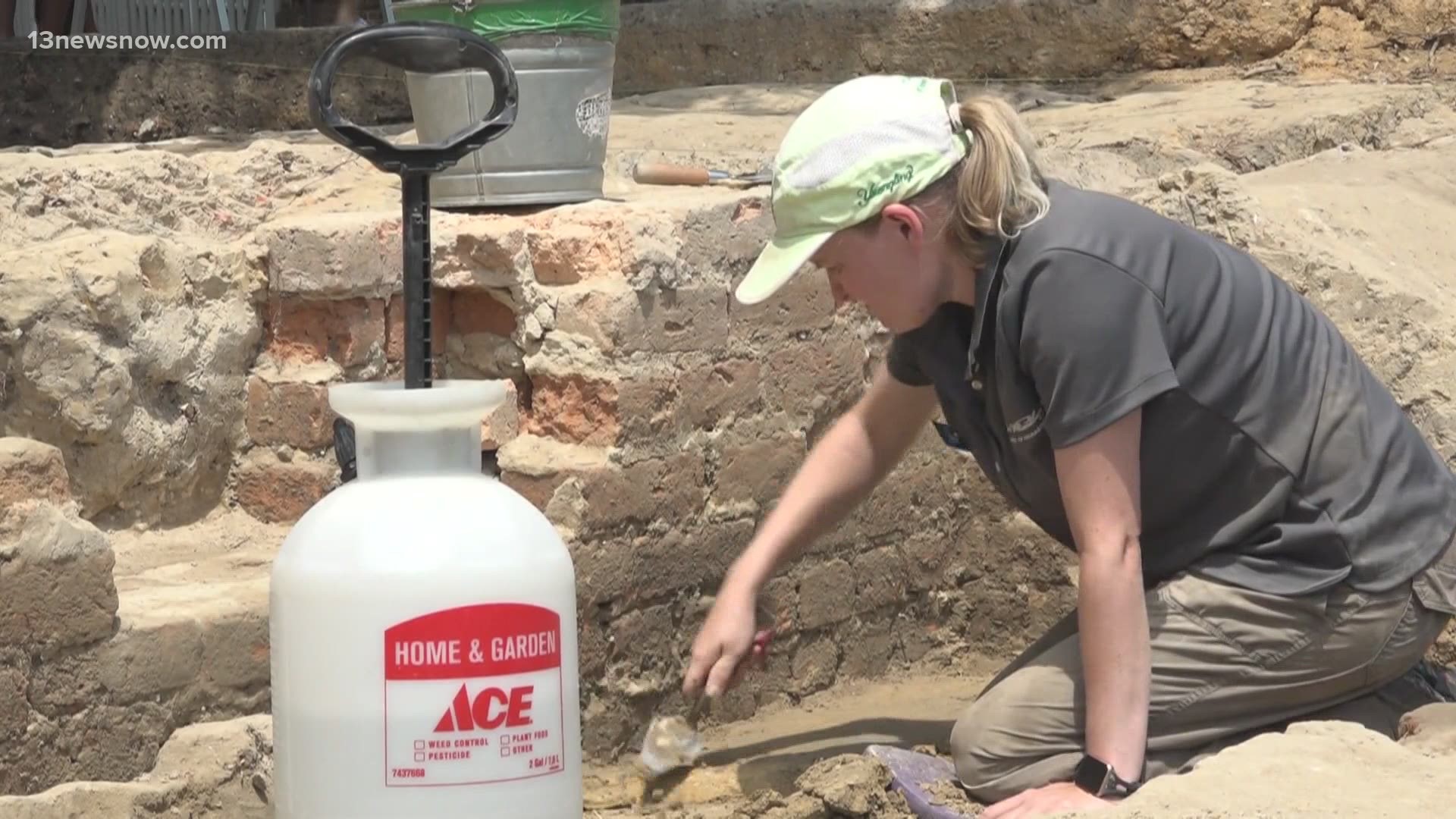 WILLIAMSBURG, Va. — Archaeologists are digging up the past in Colonial Williamsburg. Almost a year ago researchers started a big project to uncover pieces of First Baptist Church.

And recently, the team came across multiple gravesites!

“Everybody has some roots in that church,” said Let Freedom Ring Foundation President Connie Harshaw.

A team of archaeologists is unearthing the rich history of First Baptist Church. It's believed to be one of the first Black Christian churches in the U.S.

“In 1891 there were 500 members of this church, an African American church,” Harshaw said.

Harshaw believes the church’s roots run deep. She’s a current member, leading the way to find out what lies underground.

“Sometimes it is so compelling emotionally that I can’t speak, when I am standing on that site and I have someone that has a walker walking up to tell me how much this means,” Harshaw said.

Back in February researchers got a big surprise when they discovered the gravesites.

“We had no idea that there were burial sites there,” said Colonial Williamsburg Director of Archaeology Jack Gary.

Fast forward a few months, and the team has now uncovered 21 gravesites.

“The remains themselves -- the skeleton, if you will -- is deeper down in the bottom,” Gary said.

And that’s where the remains will stay for now. Gary said the decedents of the church will make the call.

“People who have been worshipping in that church for a long time, to other members of the community who probably have decedents who worshipped in that church at one time,” Gary said.

The church site was previously covered by a parking lot. Harshaw said that was painful for the descendent community. Still, they're eager to keep going.

“We are now looking forward to the excitement we will all feel when we start to identify the remains and connect them with the people that are still here,” Harshaw said.

The team previously uncovered glass believed to be from the church, parts of a porcelain doll, and an inkwell. Leaders said they will keep digging horizontally, leaving any graves they find untouched until the descendent community decides what’s next.

Leaders for the excavation project are calling all decedents of the original First Baptist Church to help them with the next steps.