Historian explains connection between the Portsmouth Confederate monument, its location, and slavery

The Portsmouth Confederate monument was built next to the historic courthouse – a place where the sales of slaves were finalized and where slaves were punished. 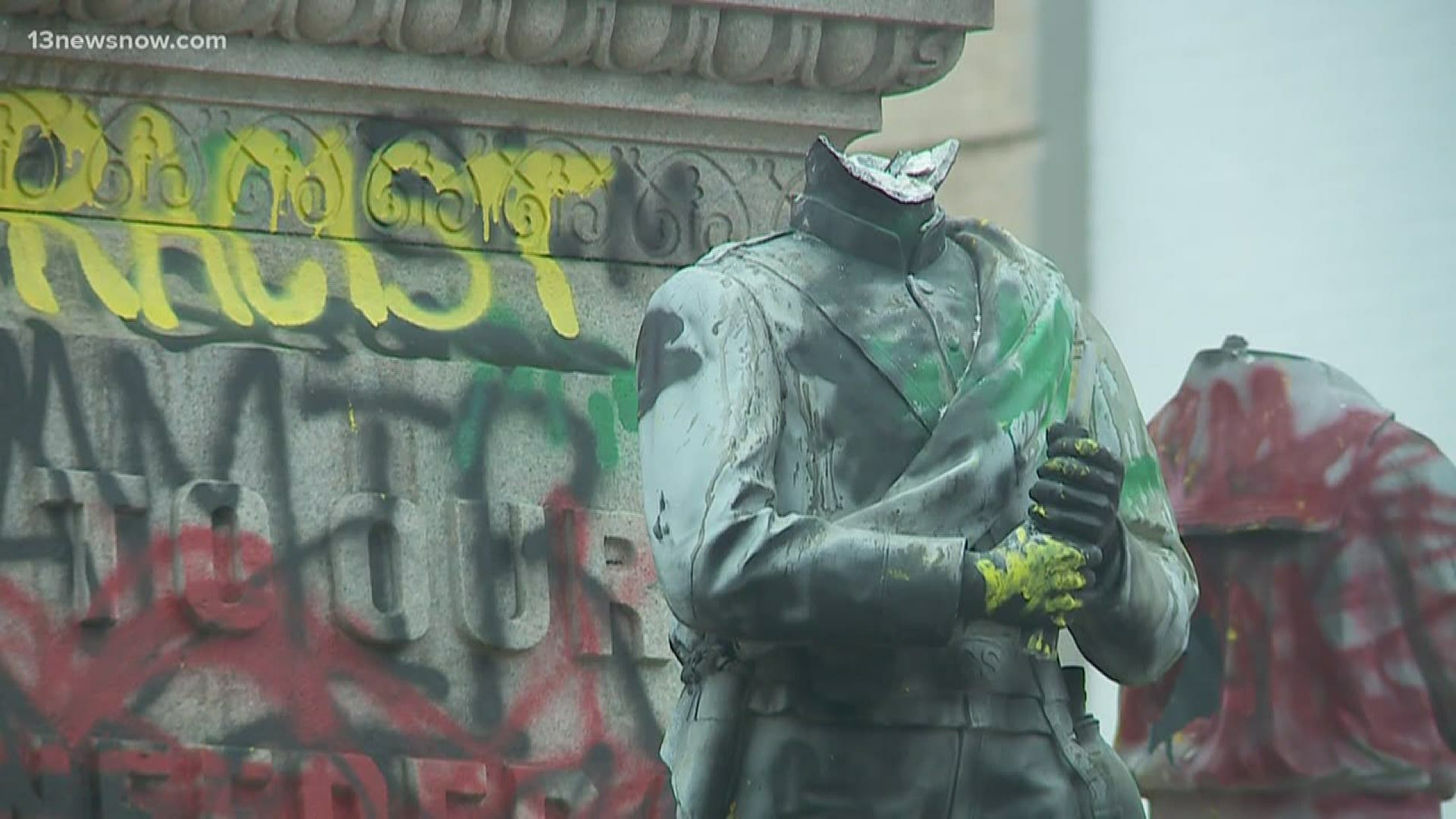 PORTSMOUTH, Va. — As Portsmouth leaders wait to move the city's Confederate monument, a look at the city's history provides context on the monument's location and its connection to slavery.

Norfolk State University historian Dr. Cassandra Newby-Alexander said the monument was purposefully placed next to the historic courthouse, a place where the sales of slaves were finalized and where slaves were whipped and punished.

“It is a space that represents the power that kept them from having their freedom, their civil rights, their human rights recognized," Newby-Alexander said.

Newby-Alexander said the history can help explain the anger over the Confederate monument's prominent location in Olde Towne.

“If you were a runaway or captured, you were often whipped right there at the courthouse, and earlier in Portsmouth’s history, that’s what happened," she said.

The Portsmouth Confederate monument was erected in 1876. When Virginia decided to secede from the union 15 years earlier, people gathered at the courthouse in Olde Towne.

“That space of power and where it resided became important for those that supported the Confederacy," she said. "Portsmouth was no exception."

Newby-Alexander said the current placement of the monument to honor people who fought to maintain slavery sends the wrong message.

“It’s saying that power and that will to hold groups of people as property are somehow aligned with each other, and that’s a very dangerous message to send," she said.

She said monuments in Norfolk and Portsmouth to honor black Civil War veterans are more appropriately placed in cemeteries -- places of remembrance -- but across the South, Confederate monuments were erected in public squares.

Parts of the Portsmouth monument are dismantled, and it remains covered in graffiti. The Confederate statues were all beheaded in Wednesday night’s protest and one is missing – the one that fell and injured a protester.

The monument is still blocked off to the public.

While the Virginia State Police investigate, the Portsmouth City Manager said the city plans to put up a 10-foot wall around the monument starting on Tuesday.