The history of Mr. Peanut

The world's most famous legume has roots in Hampton Roads stretching back over 100 years. 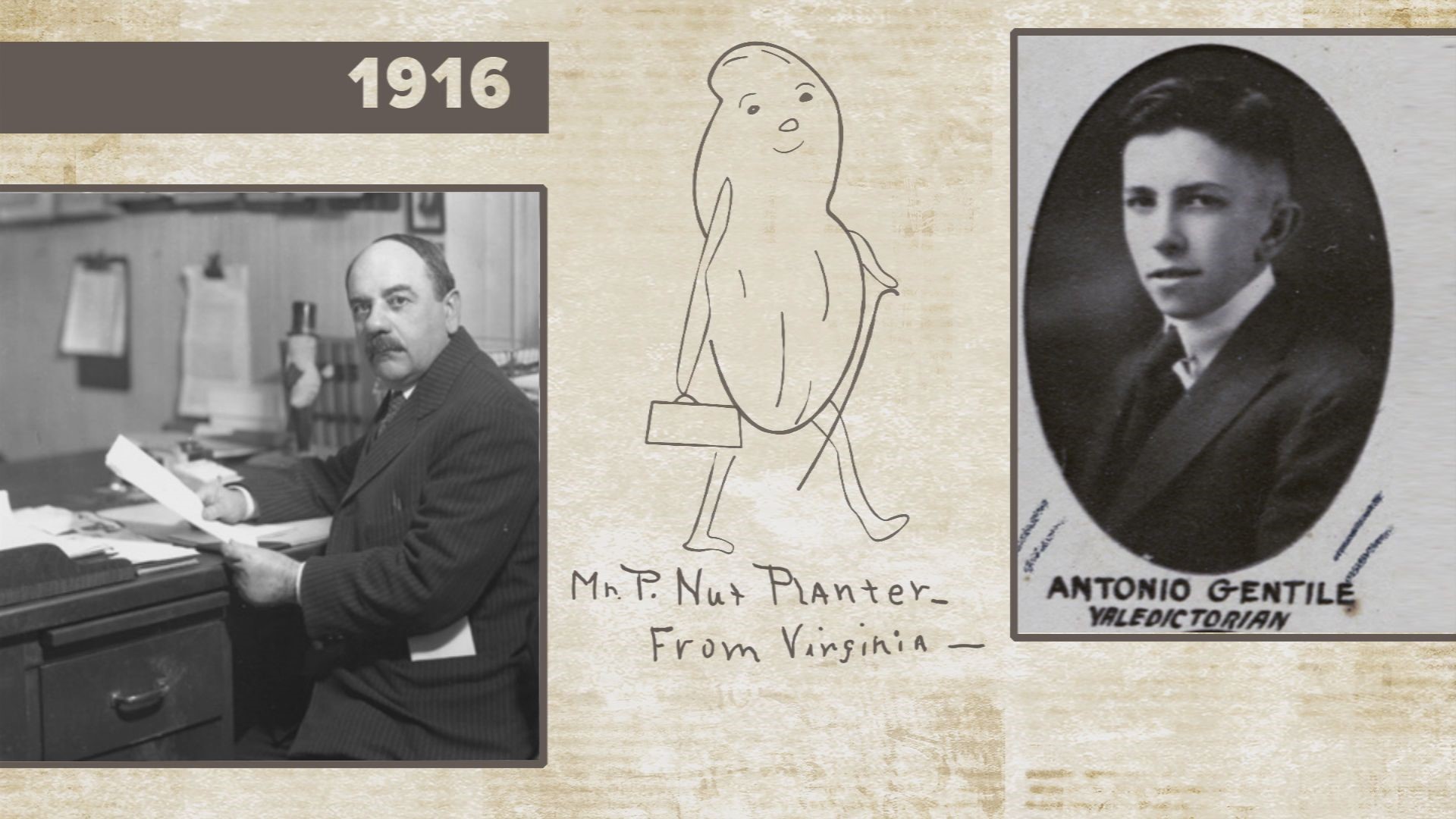 SUFFOLK, Va. — Mr. Peanut has a long and storied history in Hampton Roads.

The story begins with Amedeo Obici. Born in Italy, Obici came to America at just 11 years old. He took odd jobs to help support his family and soon distinguished himself as an expert peanut roaster.

In 1906 Obici founded the "Planters Peanut Company" in Wilkes-Barre, Pennsylvania. Then in 1913 Obici came to Suffolk to be closer to the peanut farms that had become so crucial to his company's success.

In 1916 Amedeo Obici held a contest asking people to draw a logo they thought best represented his company.  A young Suffolk schoolboy, named Antonio Gentile, drew the winning character: a peanut with arms, legs, and a cane.

Initially, Gentile earned just $5 for the drawing but soon Obici befriended the boy and helped put him and his siblings through college. The original drawings got some polish from a professional artist – who added a top hat and a monocle – and Mr. Peanut was born.

Mr. Peanut first appeared in print in a 1918 edition of the Saturday evening post. Over the years he became an enduring mascot, appearing on billboards in time square, countless TV commercials, and even wartime propaganda.