It was Ryan Dalle-Tezze’s second day on his first job right out of college. He worked on the 61st floor of the South Tower. 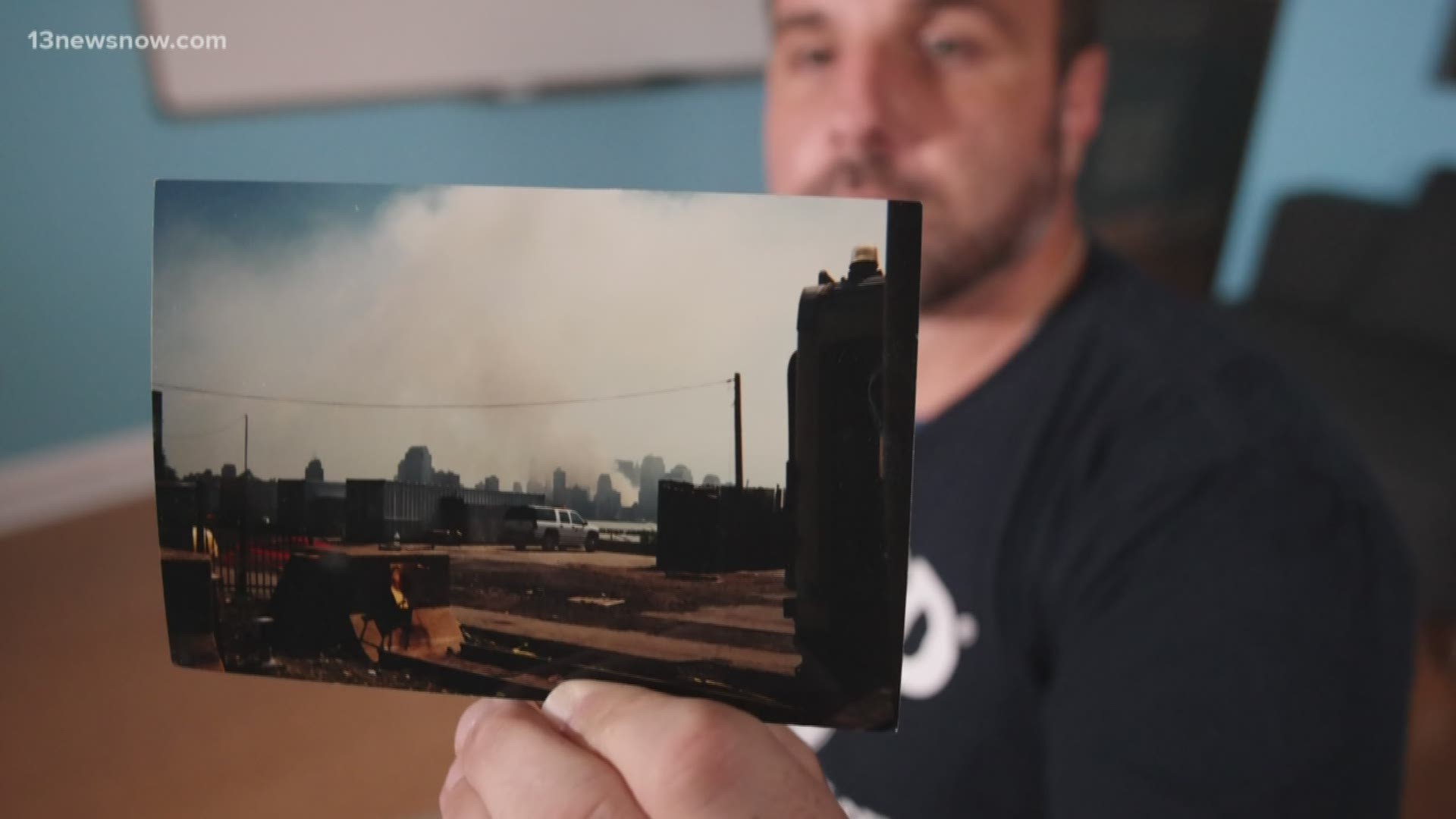 NORFOLK, Virginia — It was Ryan Dalle-Tezze’s second day on his first job right out of college.

It was his first time working in New York.

It was his first time in the South Tower of the World Trade Center.

“I don’t know if anyone can really describe it unless you’re in it,” said Dalle-Tezze.

For the first time in 18 years, Dalle-Tezze, a Virginia Beach resident, is talking openly about the details of that day.

Dalle-Tezze was only supposed to be in New York for several weeks as part of training for his job. He was working in the South Tower at the time.

After escaping the tower, he and another woman huddled down inside a nearby deli as the south tower started to crumble.

“When we walked out, everyone who wasn’t inside was killed,” said Dalle-Tezze.

He remembers the first phone call with his mother shortly after that, the four-mile walk back to his apartment without any traffic in the streets.

He also remembers showering off the layers of ash that covered his body after the destruction.

The images were hard to process, and it took Dalle-Tezze years to fully recover from his brush with death.

But then just two years ago in 2017, 16 years after that day, terror would strike his family once again.

“My brother-in-law was killed by a terrorist,” said Dalle-Tezze.

Dalle-Tezze’s brother-in-law was Senior Chief Kyle Milliken, a Navy SEAL killed in action during a shootout with Al-Shabab fighters in Somalia.

“When you love someone so much and you can’t comfort them or bring that person back for them it changes everything,” said Dalle-Tezze.

But what it won’t change is how Dalle-Tezze sees the world.

Even after terror followed his family, he still believes there’s far more good than bad.

And for that, he is a survivor in more ways than one.