Kayla Fallon Arestivo was only eight years old when her father passed away in the North Tower, but she took the pain and used it for a purpose with her nonprofit. 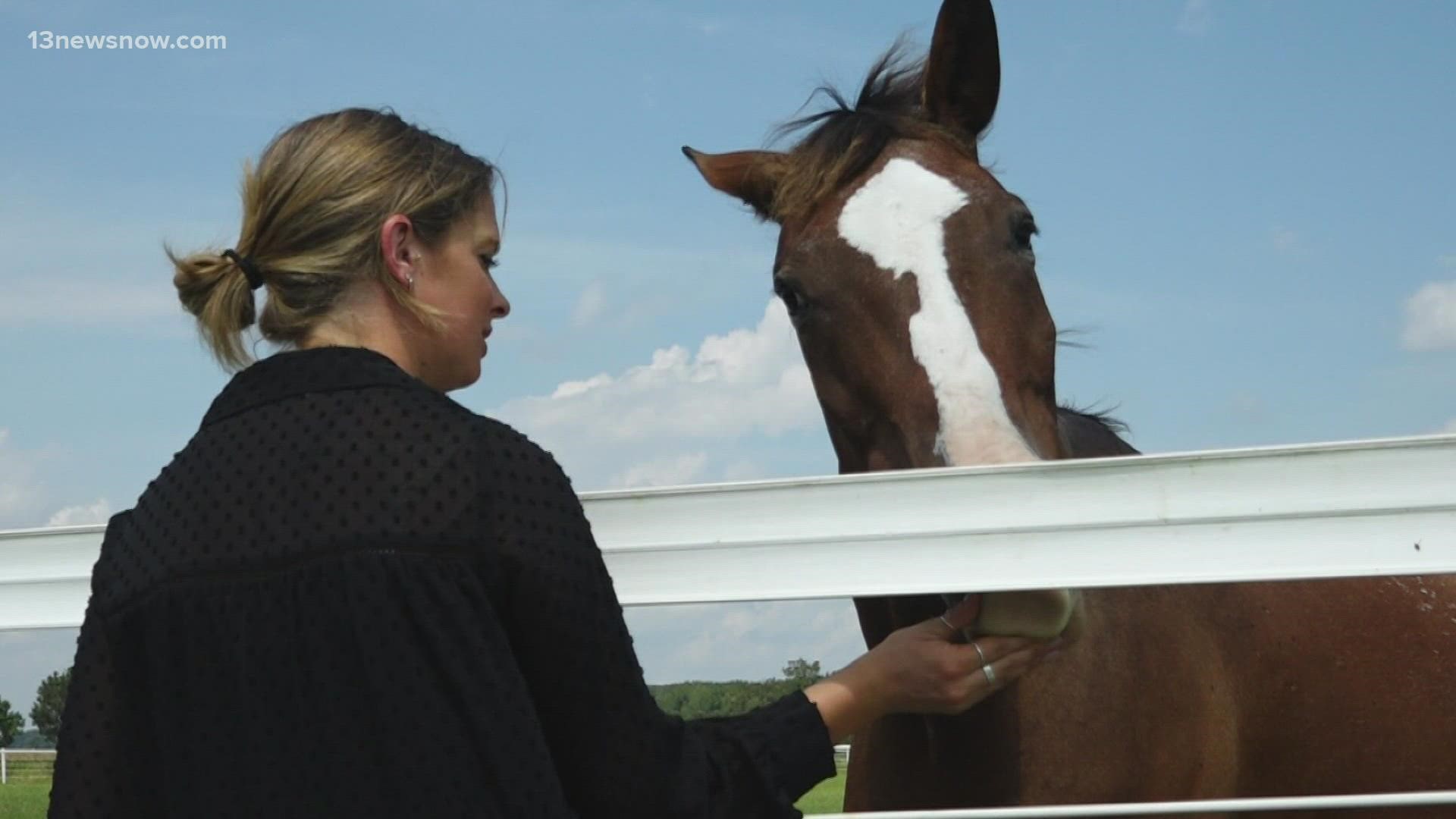 CHESAPEAKE, Va. — Trails of Purpose is the brainchild of Kayla Fallon Arestivo and her husband.

The name of the nonprofit can tell you a lot, but it's only a glimpse into Arestivo's full story.

Kayla was only eight years old when she lost her father, William Lawrence Fallon, Jr., during the 9/11 terrorist attacks.

Fallon was an IT Manager in the North Tower of New York City in 2001 when the planes hit the twin towers.

"In some ways, it feels like it was never even my life at all," she said.

Many Americans say they'll "never forget" on every anniversary, but for Arestivo, it's not a choice.

"I was eight. For the first couple of days, I thought it was just cool to not be in school... until I noticed people weren't letting me listen to the radio, and my mom was really upset," Arestivo said as she peered back in her past. "I was told my father was lost, to which my response was, 'Well let's go find him.'  But I mean, it was months before I understood that it was terrorism."

RELATED: Stories from inside the White House on 9/11, from the staffers who were there

She said she doesn't remember much about her dad, but that he was a quiet, kind man who worked hard at his job.

She said it's saddening to know she didn't get to know him as a teenager, and he couldn't see her become a woman who is now a wife and mother.

"Sometimes I've had people say, 'Well you were so young, do you even remember anything at all?' and I remember everything," said Arestivo. "Things that other people would never understand. And none of us have answers to the exact nature of how our family members died."

Arestivo said she struggled with mental health, prescription drugs and more, especially during her teen years. She received help, but it wasn't until someone told her to stop letting the pain that others caused her tear down her own life.

It was that moment she felt like she had a purpose: to help others understand they have a choice.

At "Trails of Purpose," her team offers counseling and mental health services to active military members, veterans and their families.

Arestivo has horses along the land so people can help take care of them, and as a result, get the therapeutic benefits.

"It was really born out of that passion to put a purpose to pain," she said. "People are finding real healing and real growth out here."