'I hope my story is a story of hope' | 20 years after 9/11, Texas businessman recounts escaping World Trade Center

Billy Forney was 27 and working on the 85th floor of the One World Trade Center when a plane crashed into the building. Forney says it's his job to share his story. 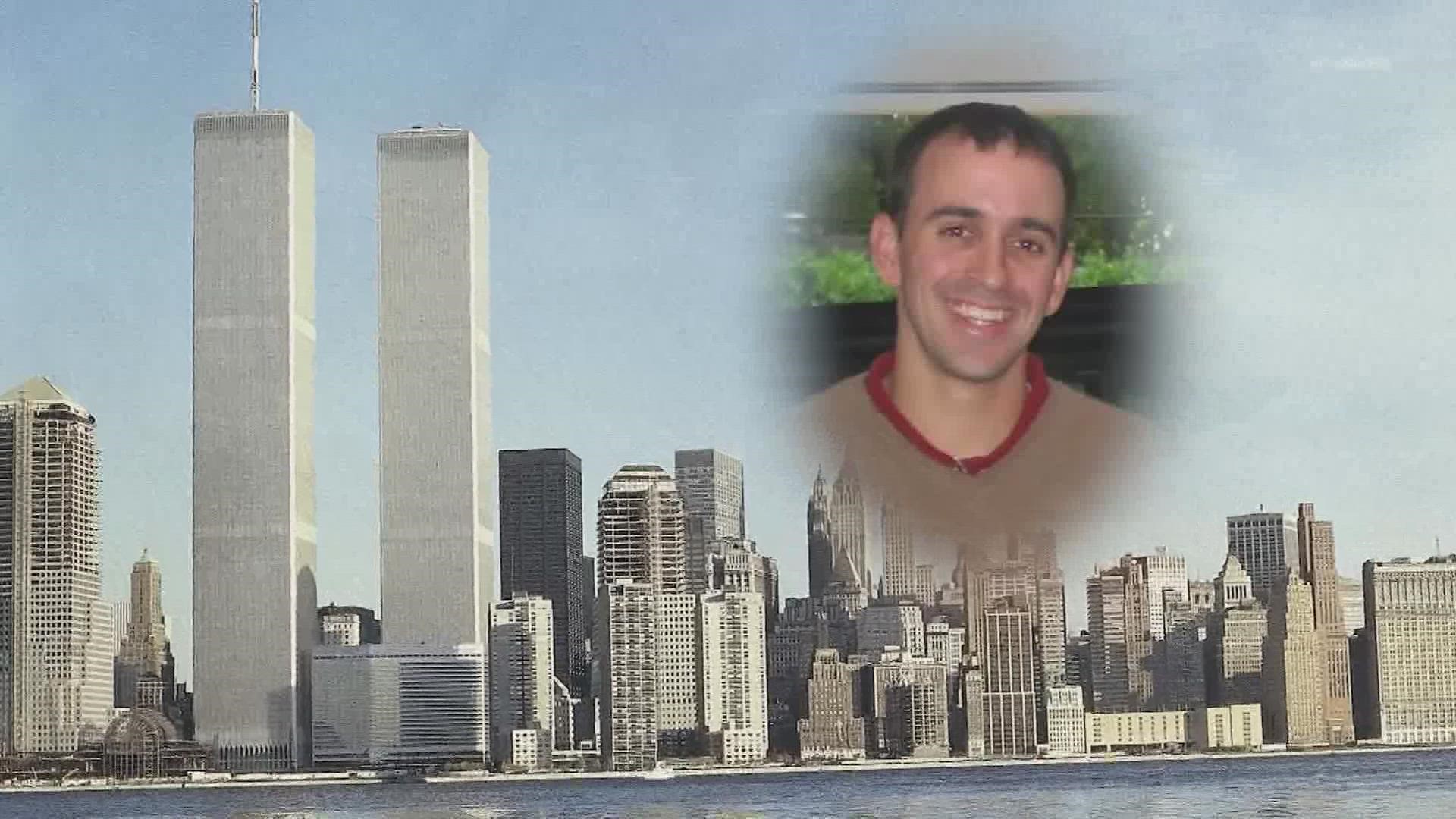 HOUSTON — Saturday marks 20 years since the terrorist attacks on the World Trade Center. The nation will honor the milestone with ceremonies to remember the 2,977 lives lost.

But it’s also an opportunity to hear from survivors, like Billy Forney.

He was 27-years old and working as an assistant commodity trader on the 85th floor of the north tower.

“Literally almost at the top of the world of a 110-story building,” said Forney as he remembered talking about Monday Night Football with his colleagues as a plane slammed into the building. Forney said it felt like, “a horrific explosion occurred.”

Forney remembered being, “thrown from my chair onto my knees, and as I stumbled to stand up, I realized that this 110-story building was lurching back and forth with sickening vengeance.”

Forney said it felt like he was at the top of a rollercoaster. He and his colleagues worked their way down 85 flights of stairs. Two decades later, the terrorist attack survivor feels like, “it’s my job to continue to tell my story.”

At www.BillyForney3.com you can read his story. “There is a lot of bad out there, but there’s a lot of good too.”

From the people who helped others escape, to the first responders and rescue teams fueled by hope as they dug through debris. There is a lot of bad out there, but there’s also a lot of good too.

“I am now the CEO of Palace Social which is the rejuvenation of the former Palace Bowling Lanes,” said Forney who is connecting with his local community. He’s a father finding ways to pay it forward and he continues to live a purpose-driven life.

As the nation prepares to remember what we lost, a personal reflection of what we still have. “Sure, the building fell, but that beam kept the building up for long enough for me and thousands of others to survive that day.”