Trailblazer: A candid conversation on the challenges faced by Norfolk's first female firefighter

It's Women's History Month and Norfolk Fire-Rescue is honoring 18 trailblazing women, including Pamela Ells-Johnson, who was their first female firefighter in 1979. 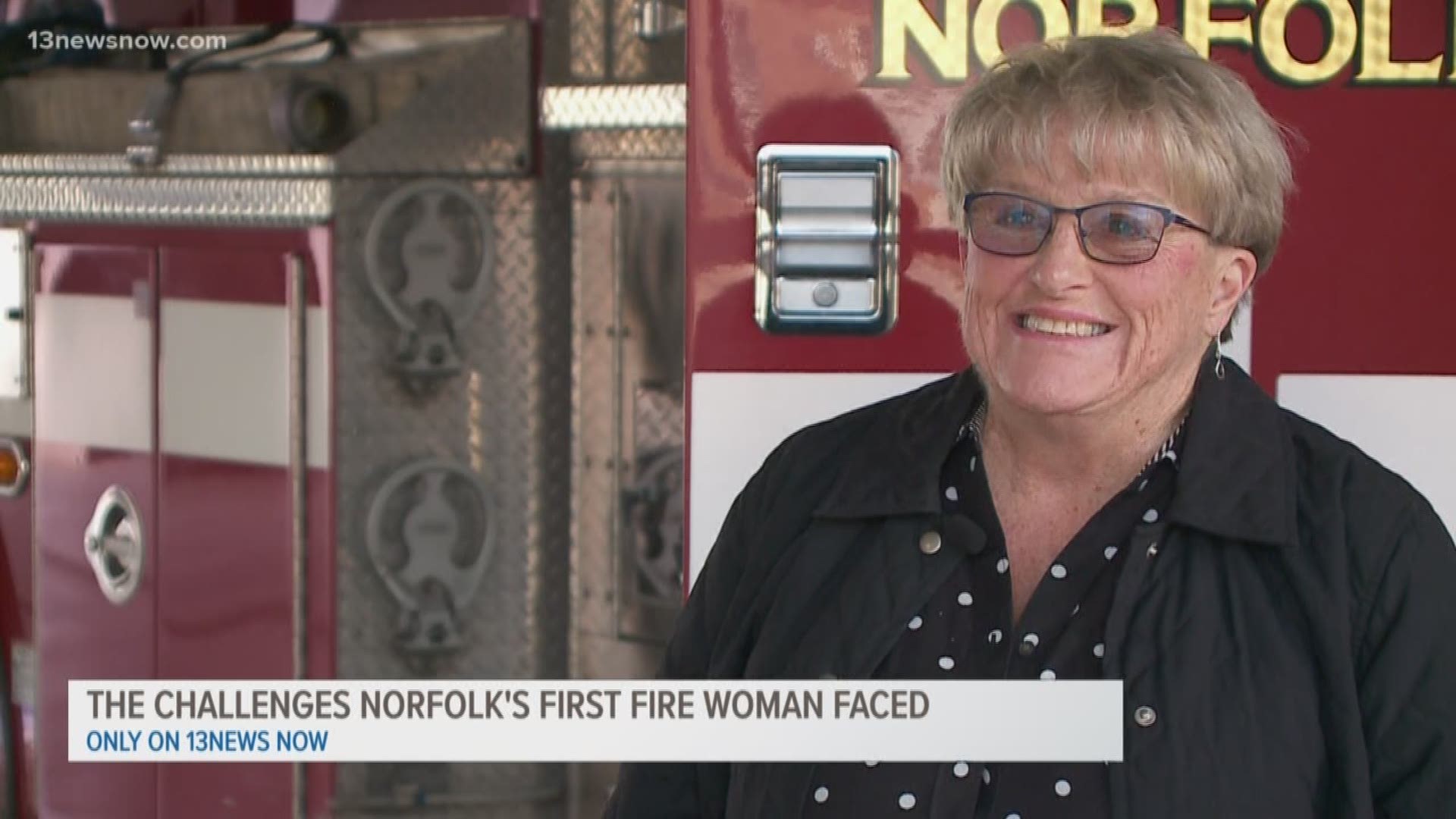 Pamela Ells-Johnson was just 25 years old and tells 13News Now that she was simply looking for a career when she applied.

She ended up paving the way for women in Norfolk Fire-Rescue. Although back then, it was called Norfolk Fire Department.

The year was 1979 and Ells-Johnson's historic acceptance into the academy was broadcasted by this very TV station across Hampton Roads. Our archives don't even go back that far -- but Ells-Johnson shared her home video of the newscast about her.

"Are they just as hard on you as they are on the guys?" the reporter asked her.

"How do you feel about that?" the reporter asked.

"Good. That's the way it should be. Just because I'm a female doesn't mean that everyone should pamper me and make things easier for me because I'm going to be doing the same thing the guys are doing."

It was tough work, she recalled, having to carry a lot of equipment, wear the big, heavy clothes and constantly train. But she did it.

She proved herself, passing the fire academy. Upon graduation, however, Ells-Johnson made the choice not to pursue the career.

She walked away for a few reasons, one of them being how she was treated by a select few men.

"I wasn't feeling so welcome," she said.

Some people projected their insecurities onto her.

"The fire department was all men, you know, big strong muscles and whatever and here's this 5' 2", 111 lb. girl doing everything that you're doing," she explained.

Norfolk Fire-Rescue has come a long way since. Currently, there are 40 women among its ranks. Some of them are in high leadership roles.

So, even though the first female firefighter didn't last long, she clearly made an impact.

"Is there any difference between a woman and a man on the force?" the reporter asked Ells-Johnson in 1979.

"I don't think so. They may be a little stronger than I am but I can't see where that's going to be any problem," she said.

On March 13, Norfolk Fire-Rescue honored Ells-Johnson, along with 17 other female firefighters in a special Female Trailblazers ceremony.

Also in attendance at the ceremony was Pat Burns, who became the second female firefighter to join Norfolk Fire-Rescue in 1980. She fully retired with the department.

We went back into the 13News Now archives and found a profile on her from March of 1980, back when she went by the name of Pat Phillips:

RELATED: ‘I want to empower, enable and prepare the next generation’ | 27-year-old NASA Engineer shares his story