You might think of immigration and border issues when you hear 'Homeland Security Investigations,' but a team in Hampton Roads is also working to protect children from predators on the Internet. 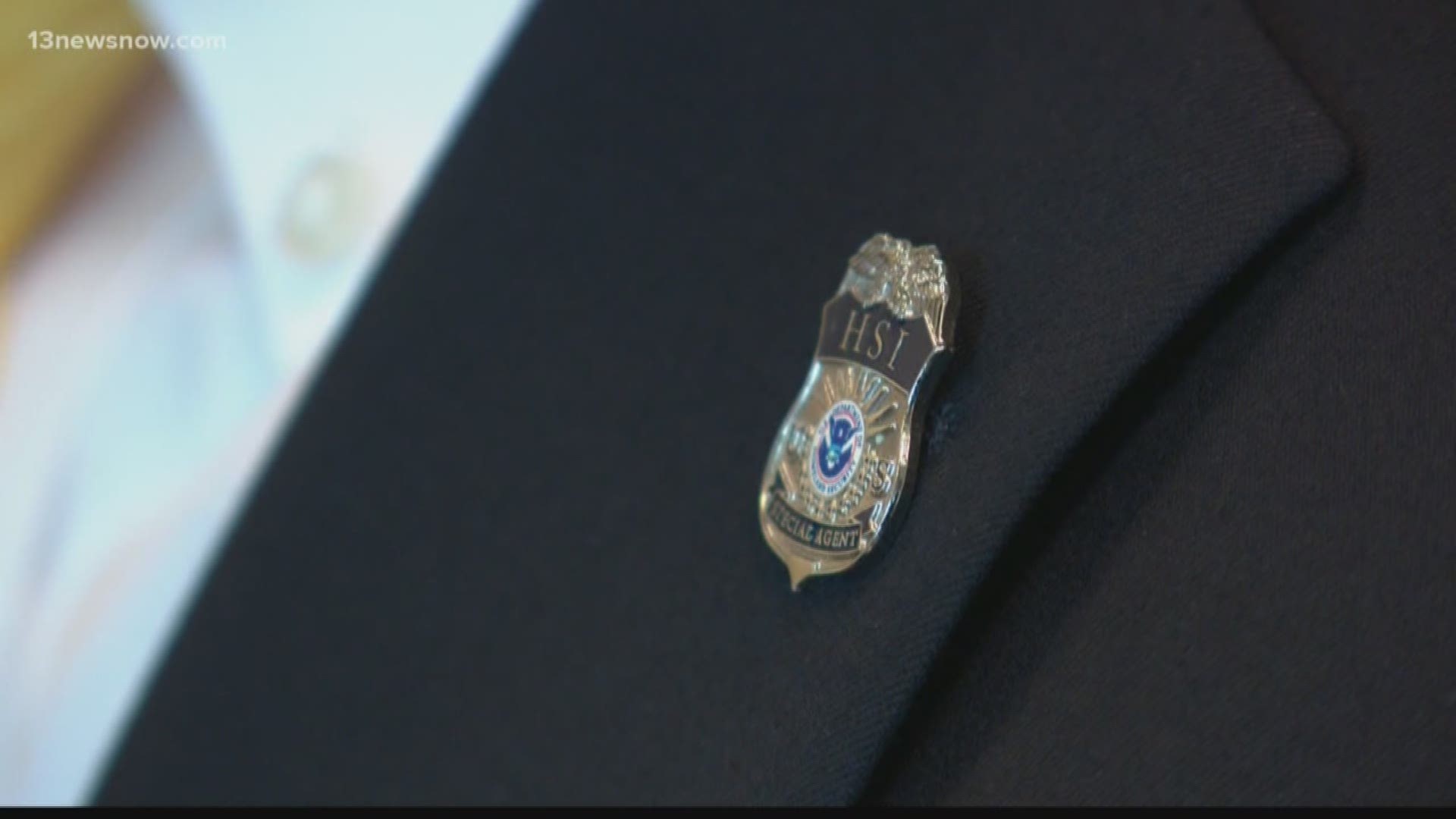 NORFOLK, Va. — A federal agency you might not expect is working to protect children from the most dangerous of predators.

When you think of homeland security, you probably think of stopping terrorist plots, protecting the border and immigration agents. But in Hampton Roads, the agency does a whole lot more. They also investigate child pornography and those predators who try to take advantage of kids on the Internet.

Part of the job of the Homeland Security Investigations team is getting inside computers, cell phones, and other digital devices to fight crime on the Internet.

Joe Justice (yes, that’s actually his name) is a computer forensics analyst with HSI. He and his teammates take on any crime that has a digital component, but it's the worst offenders who stick with Justice.

“The idea of what child pornography is to some people -- topless teenage girls -- and that's not what we're talking about,” Justice described. “That is an element of it, but it's much more disturbing than that.”

He compares the weight of what he sees to how you might think about the job of a surgeon.

“Most people could not cut open a person and remove organs,” Justice explained. “It would be very disturbing to even see that. It's sort of in the same vein. It's something that you learn to deal with. You think, 'This is for the mission; this is for saving children.’”

Assistant Special Agent-In-Charge Michael Lamonea oversees cases like the one against Dobbins.

“It seems that in this day and age that cyberspace has really become the virtual playground for a lot of these child predators,” he said.

“The Internet has no borders, which is why this has come under the purview as well of Homeland Security Investigations,” Lamonea explained.

HSI has shifted its focus to saving the victims, not just getting bad guys off the Internet.

“We put just as much or more emphasis on the identification and rescue of victims, as we do on the actual prosecution of perpetrators,” Lamonea told us. “If we don't identify and stabilize victims, a lot of times, then there really may not be a case to be made.”

We asked Lamonea what the world would be like without these folks working behind the scenes.

“In today's day and age, the world would be very different,” he added. “There'd be no counter to the nefarious activity. “So, their skill sets are integral and they're even going to be more integral as we move into the future. Technology's not going anywhere.”