Its that time of year when honey bees are expanding their colonies. Now, bee experts are asking people to call them instead of spraying the swarms. 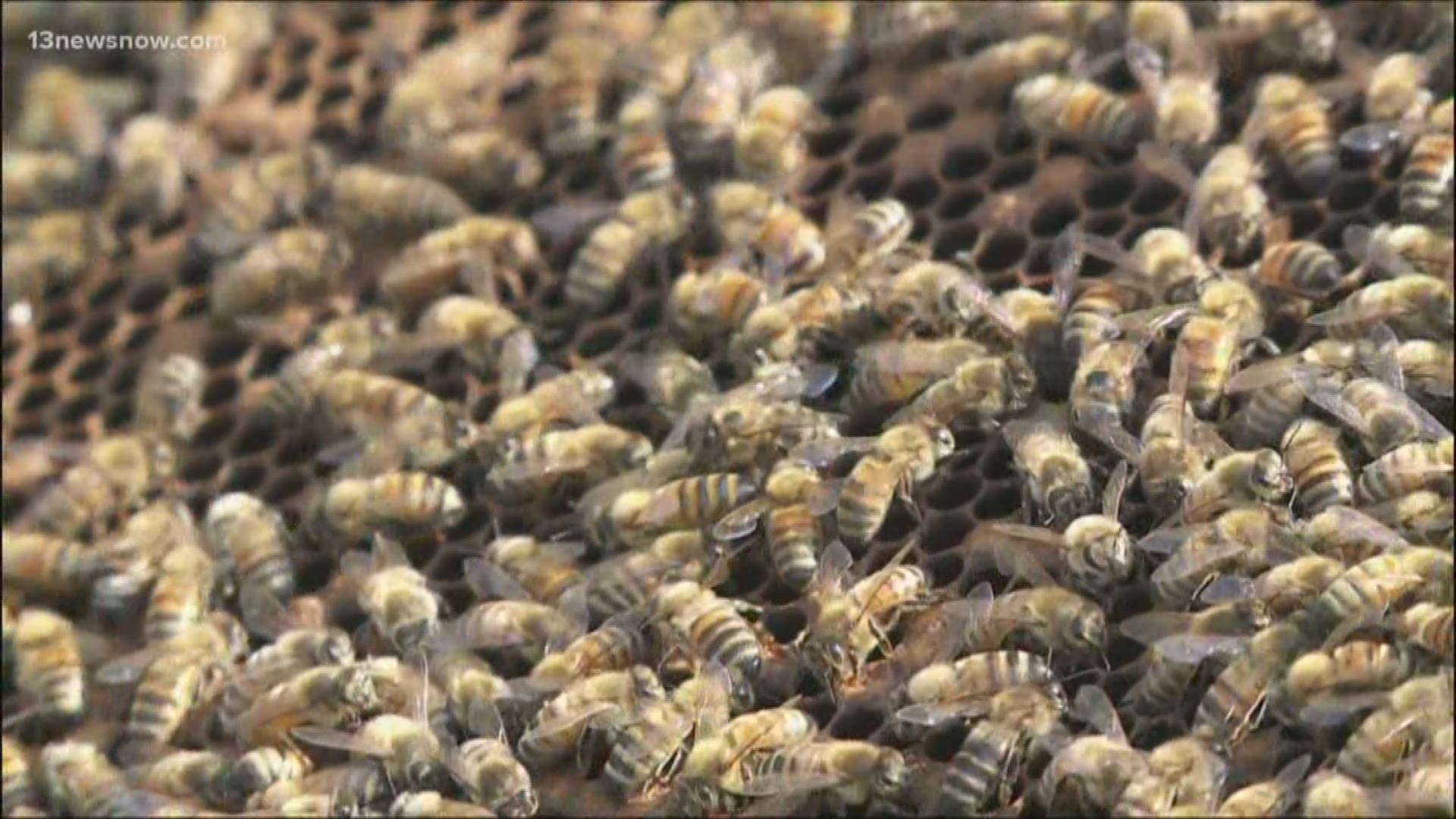 CHESAPEAKE, Va. — It's now midway through April, so 'bee swarming season' is heating up.

Around Hampton Roads, the insects are hanging out around people's cars, walls, and porches. Usually, between April and June, bees will take off because they get overcrowded, overheated and that’s what motivates them to divide, take off and reproduce a colony at a new site.

Even though swarming can be controlled by a skilled bee keeper...not all bees have a caretaker.

Swarm Coordinator for the Tidewater Beekeepers Association and Beekeeper Hodgie Holgersen told 13News Now he sometimes gets 60 calls per day about bees swarming on all kinds of property.

“This year has been extraordinarily active,” said Holgersen. “I’ve seen them on cars like all around the license plate, all around the wheel. Well, this was covered all around the windshield. It’s like, 'well what is this, a new type of window tinting?'”

Holgerson said the buzz can drive some people bonkers, but honey bees are harmless.

So, he suggests people who see swarming avoid grabbing the bug spray and pick up the phone instead.

He explained that in order to preserve bee life in the best way, it’s the best decision to call a beekeeper that can help relocate them within the first few minutes of seeing a swarm form.

“Call. Call me, call somebody that does this,” said Holgersen.

Tidewater Beekeepers Association (TBA) provides free swarm removal to all residents in and around Hampton Roads. Just call the TBA Swarm Coordinator at (757) 285-4509 if anyone spots a honey bee swarm.