How the shutdown is affecting NWS before storm

Even though there is a Government Shutdown, the National Weather Service will continue to have two meteorologists stationed 24/7 at the regional office in Wakefield. 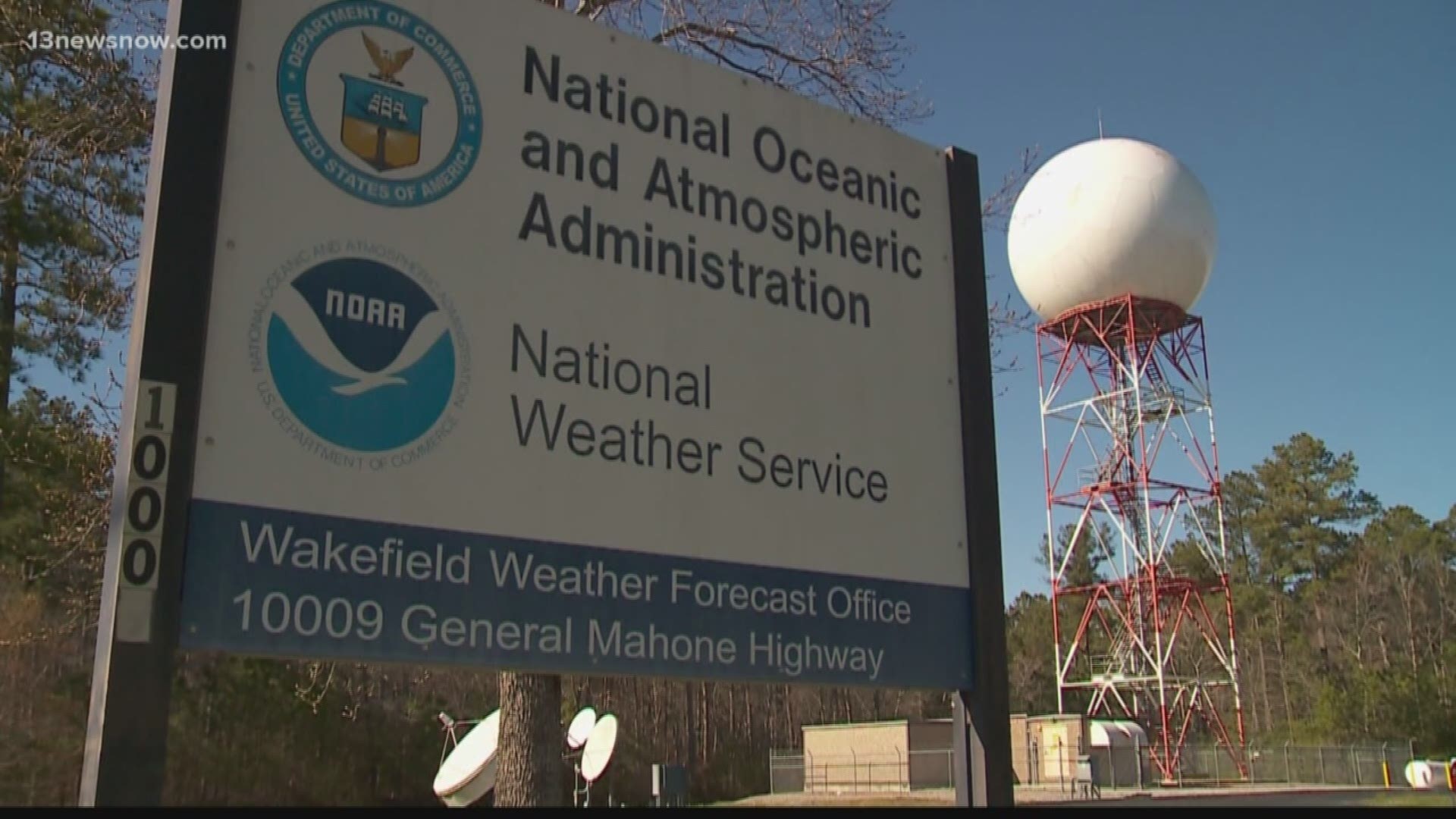 WAKEFIELD, Va. — Despite the Government Shutdown, the National Weather Service will continue to have two meteorologists stationed 24/7 at the regional office in Wakefield.

However, it’s what’s happening outside the office, or not happening, that is a concern.

This is the time of year that the National Weather Service is supposed to be training various agencies at the local and state level.

“Training on some of the newer warning services, the way warnings are actually delivered, reviewing some of the events over the past year, some that worked well and maybe some that didn’t work so well,” said Jeff Orrock of the National Weather Service.

Orrock said due to the shutdown that training has been put on hold.

“We are starting to fall behind in our planning and on things we would normally be doing with our partners,” said Orrock.

The shutdown has also prohibited the national weather service from conducting routine maintenance on their field equipment…specifically at Norfolk International and Patrick Henry Airports.

The National Weather Service says a third worry that could begin to arise is a drop in morale. Meteorologists are unable to predict how many paydays they could miss.

“Other shutdowns, we worked through them pretty quickly, and there has been a lot of good negotiations where this one seems to be much more deadlocked and could be around a bit longer, thinking more long term,” said Orrock.

The National Weather Service is putting together a plan to check on their field equipment, but it will be a much slower process than normal.