The future of Huntington Middle School in Newport News is uncertain. The building has badly deteriorated over the years, with some saying it's no longer safe for students. 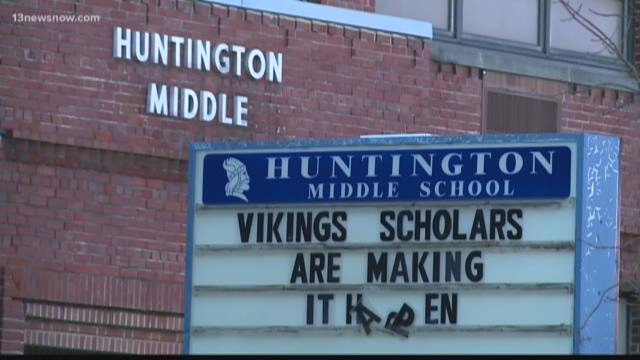 NEWPORT NEWS, Va. (WVEC) -- The future of Huntington Middle School in Newport News is uncertain. The building has badly deteriorated over the years, with some saying it's no longer safe for students.

“The school is very, very old and it’s in disrepair in some areas,” Councilwoman Sharon Scott said.

For years, the school board has been asking the city for money to renovate or replace the building, but the funds never came through.

“The city has been investing heavily in our economic engine which is some of the projects you have seen in City Center. So it's gotten pushed over,” Scott said.

The problem is now at a point where it can't be pushed over anymore. School Board Chairman Gary Hunter says the building won't be safe enough for the 2018-2019 school year.

The city has approved over $2 million to study different options for the building. City council members discussed turning it into a community center, which Scott says will get a lot of pushback from the community.

“It sits in the heart of the African American community in the south district. It’s an icon in that area. Not only do they wanna rebuild the school they want to retain that heritage,” Scott said.

Regardless of what happens to Huntington Middle School, Hunter says the students who attend the school will likely have to be sent to other schools until officials come up with a permanent solution.

“Those students will have to be rezoned to other schools. The sooner we get the kids out of that building, the faster we can move on to getting a replacement or do our renovations to that building.

Hunter says before the decision to rezone is made, public meeting would be held to get community input. He says the number one priority here is providing a safe environment for the students that is conducive to learning.