For so many in Louisville, the pain is palpable and the wait for justice continues. 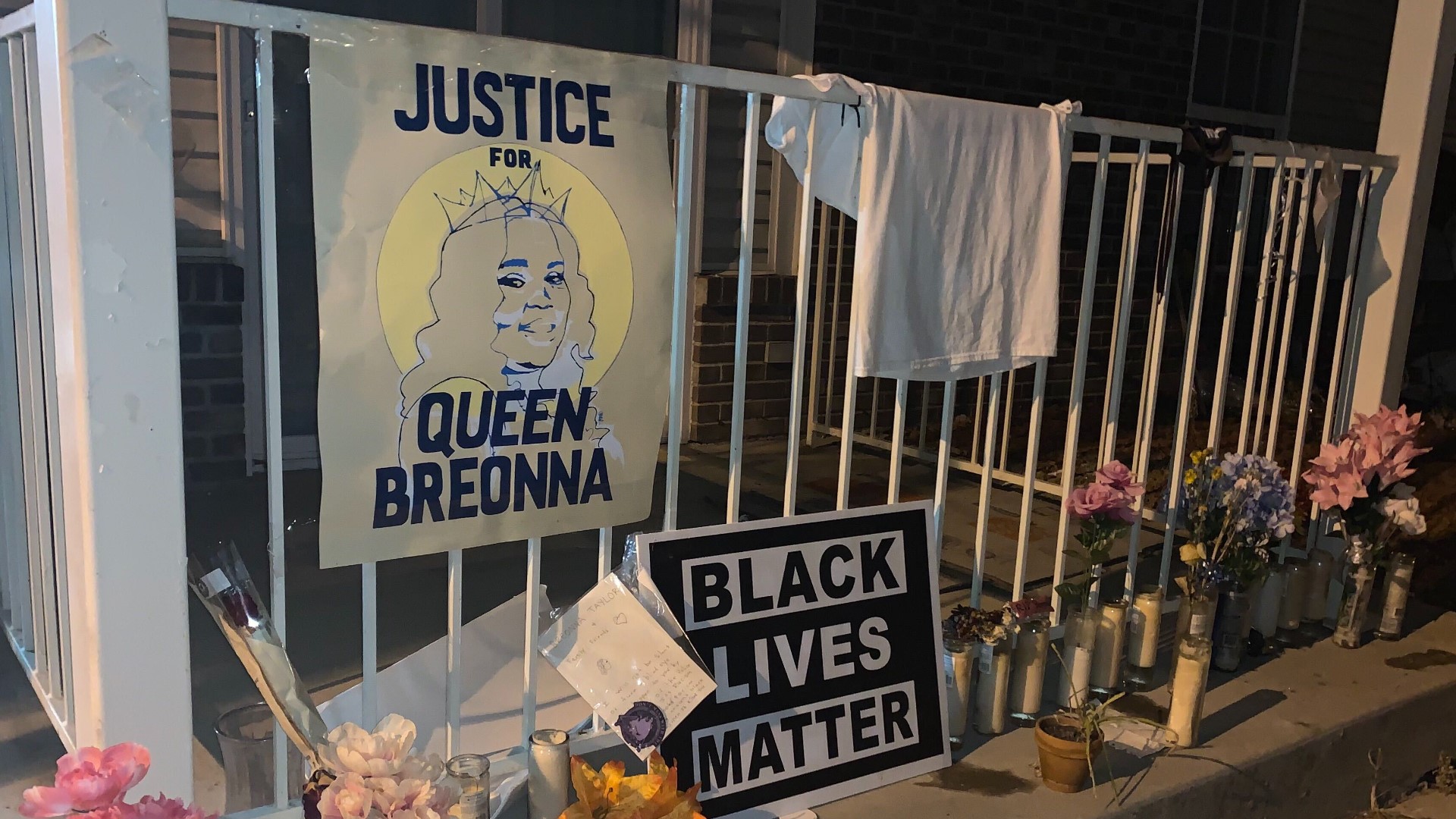 LOUISVILLE, Ky. — The highly anticipated decision in the Breonna Taylor case was watched around the world and comes after more than 100 days of protests centered around Jefferson Square Park.

Moments before the announcement, crowds waited anxiously for an update on the case from Kentucky Attorney General Daniel Cameron and the grand jury's recommendation.

"I am hoping that Lousiville can find it in it's heart to deliver justice and then peace and then healing so we can go forward as a community together," Sadiqa Reynolds, CEO of the Louisville Urban League said.

Word of the grand jury's decision played over an intercom. At first there was only quiet and then the reality started to sink in.

The grand jury recommended three counts of first-degree wanton endangerment charges for Brett Hankison, a former LMPD officer, for firing his gun into a nearby apartment the night Taylor was killed by police.

Charges were not recommended for the other officers involved that night. Attorney General Cameron said the use of deadly force by Sgt. Jonathan Mattingly and Det. Myles Cosgrove was justified after Taylor's boyfriend, Kenneth Walker, fired at officers when they entered the apartment.

At first there was only quiet in the crowd. Then the reality started to sink in.

The group called each other to the street as anger and sadness welled up to the surface. They marched and chanted Breonna Taylor's name.

The group started downtown, moving more than four miles into the Highlands where some neighbors came out of their homes in tears.

Hours into the march, the dynamic took a turn with patio furniture flipped over and windows of businesses shattered.

Police  ramped up their response, shooting pepper balls trying to get the crowd under control and then making arrests.

Calm followed what happened in the Highlands for a short time, but as night set in, frustrations filled downtown.

For so many in Louisville, the pain is palpable and the wait for justice continues.

RELATED: Mayor Fischer encourages Louisville to 'turn to each other, not on each other' after Breonna Taylor announcement