The new organization, which lobbied voters on Election Day in November, didn't file forms or disclose its finances before campaigning at Virginia Beach polls. 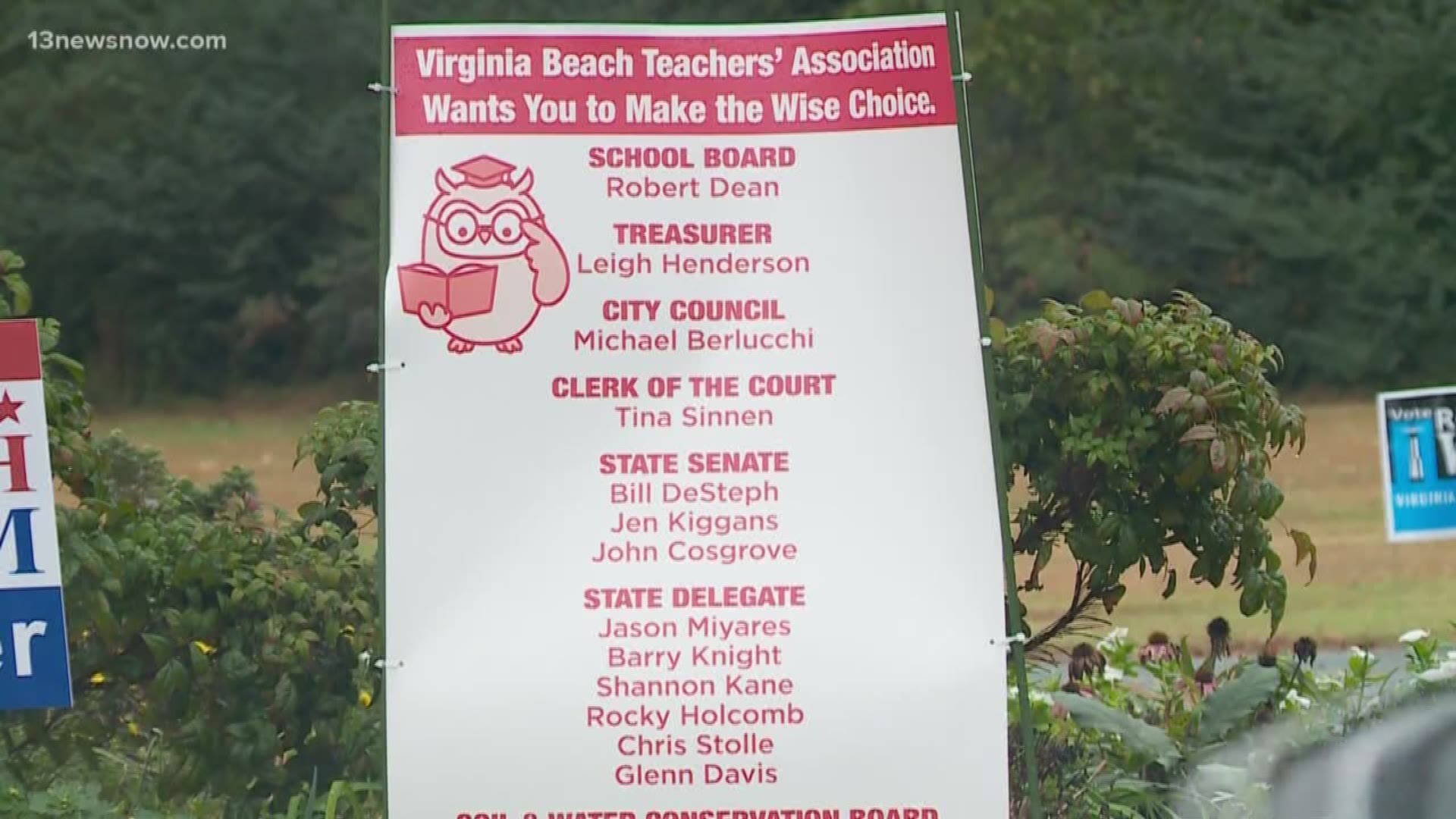 VIRGINIA BEACH, Va. — The red and white signs and fliers endorsed more than a dozen candidates - all Republicans - and voters were called to vote in line with the newly formed Virginia Beach Teachers' Association.

RELATED: Head of Virginia Beach Education Association tells voters not to be misled by signs, 'sham'

In a letter to the Virginia Department of Elections, Stolle wrote: "The Virginia Beach Teachers' Association did not file a Statement of Organization nor did they file the required financial disclosure statements of donations and expenditures."

VBTA founder and Virginia Beach School Board member Laura Hughes said Tuesday that the organization didn't file what it needed to, but that's fixed now.

When asked by 13News Now Investigative Reporter Evan Watson what documents she was referring to, Hughes hung up the phone.

The Virginia Department of Elections said it can't comment on a potential investigation at this time.

The VBTA signs and lobbying tactics angered members of the Virginia Beach Education Association, a longstanding educators' group within the city.

"These groups should not trick and violate the law, that is just plain and simple," VBEA President Kelly Walker said.

The VBTA endorsements often opposed the candidates recommended by the VBEA. Walker said she's now waiting on the results of an investigation.

"Not following the rules is egregious and scary," she said. "Hopefully the community will know that this has happened and that moving forward we'll be a little more wary when you have groups like this pop-up."

The Virginia Beach Teachers' Association is listed as an active organization on the Virginia State Corporation Commission website.

RELATED: Tell your mom to share this, the FBI has a warning about election interference