Ahead of hearings in the House and Senate, military families living with dangerous conditions in base housing met with individual lawmakers to plead their cases. 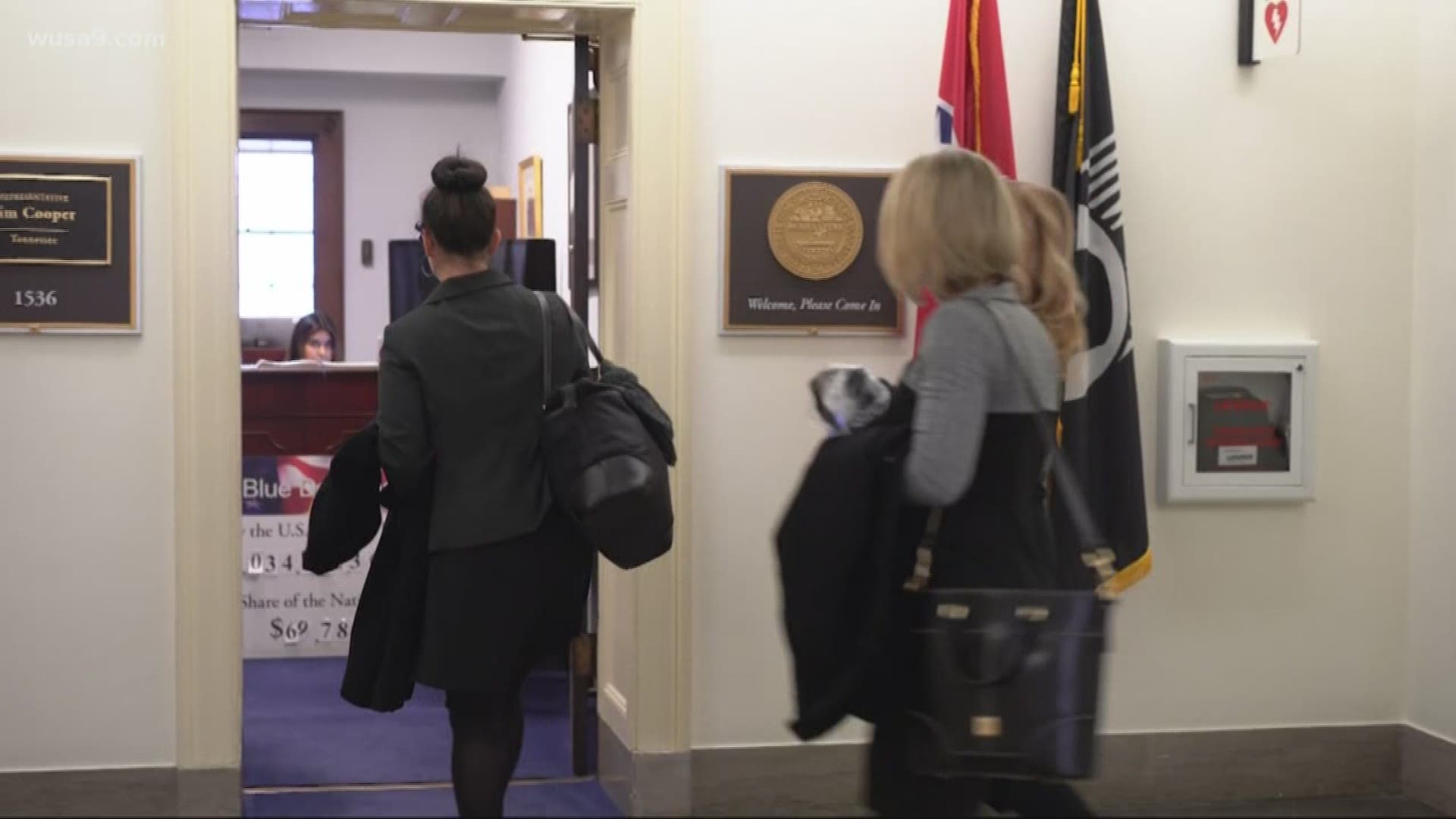 WASHINGTON — Military families took to Capitol Hill Monday to demand help from lawmakers. They are putting pressure on their elected leaders ahead of two very important congressional hearings this week about military housing.

These families traveled across the country from as far away as California and Washington state. They left homes they say are dangerous to walk the halls of Congress, so lawmakers can hear their concerns face to face.

For months, we have been reporting on mold, rodents and lead paint in the base housing where these families live.

"It turned into a nightmare," Army wife Rachel Tijerina described.

She was born and raised in Virginia. Her family is now stationed at Fort Campbell, Kentucky, where her husband serves in the Army.

They drove 14 hours with their three young sons to tell lawmakers about their housing situation.

1 / 11
(Photo submitted by military family who did not want to be identified)
Mold on ceiling and walls of military home on Randolph Air Force Base, TX.

"We are living in substandard conditions," she explained. "Some housing experiences are great and I'm grateful those people have those experiences, but even the basic standards aren't upheld. The simple things that H.U.D. protects people from in Section 8 homes doesn't protect us."

Tijerina showed tests from her home, where red coloring indicated it was positive for lead paint.

"I was floored because I knew my children had played out there," she remembered. "I watched my neighbor's kids twirl around those poles."

She also gave us documentation of all her efforts to try to get her family into a safe home.

"I had contacted housing," she recalled. "I had sent emails to management, all the channels that we're told to go through, you know, we followed all the rules -- contact your property manager, your chain of command, E.P.A. I filed six complaints and not much happened."

They organized the trip to Washington and gathered concerns from military families in 49 states.

They all live in houses run by private companies.

The military gave those businesses contracts to own and run almost all of its housing years ago.

RELATED: She didn't know why her son was so sick. Then her military home tested positive for lead

"I want them to have an actual plan of action, not just a ‘tenant's bill of rights,’ but something that's tangible, something that will enforce these contract rules," Christian explained.

They are expecting at this week's hearings military officials and leaders from the private companies will tell lawmakers they've been making improvements. These advocates want Congress to know on the ground, for the families living in these homes, the problems aren't over.

They still need oversight and accountability.

"We can't just have leadership being 'oh it's being done' because that's what they're being told," Darlena added. "It needs to trickle down to the bottom for the people who are doing it. They need to be held accountable. They need to be babysat, so to speak, and make sure it’s done right."

For Brown, this mission is personal. She knows firsthand the dangers of military housing after her family's time at Fort Benning, Georgia.

"My son, he was exposed to high levels of lead, so much so that he has a body lead burden," Darlena lamented. "It’s in his bones. It was in his teeth. He has long-term health and developmental disability. No family, I don’t care if it’s one more soldier and their child, no one should ever have to go through this again."

RELATED: ‘Are we not worth safe houses?’ | Military spouses create their own advocacy group amid concerns about mold remediation

While the families were on Capitol Hill, Virginia Senator Tim Kaine, who sits on the Senate Armed Services Committee, toured Fort Belvoir with the Secretary of the Army.

Last month, families on the Northern Virginia base said they were so desperate for help with their housing concerns, they felt they had no choice but to create their own advocacy group.

During his tour, Kaine met with other families who confirmed what our investigation uncovered. He said there's more work to be done.

"We have to keep pressure on military because at the end of the day, no one enlisted to be a tenant of a private company," he explained. "They enlisted to be a soldier, sailor, marine, airman, coastie, and the responsibility ultimately lies with the services. So, this is something that's going to take a while to get right, I mean especially in the Army if you think about the number of troops and the amount of military housing that the Army is responsible for -- Both that they have direct responsibility for, that they have contract management responsibilities for. It's going to take some time but what we need to see is, we need to see steady progress and we need to see soldiers and their families who feel like they're being listened to and they're being treated with respect and that they're getting answers and we are a long way from being there."