She didn't know why her son was so sick. Then her military home tested positive for lead

Some military family groups are advocating for a registry to allow the DoD to track those who have been exposed to toxins because of their base housing. 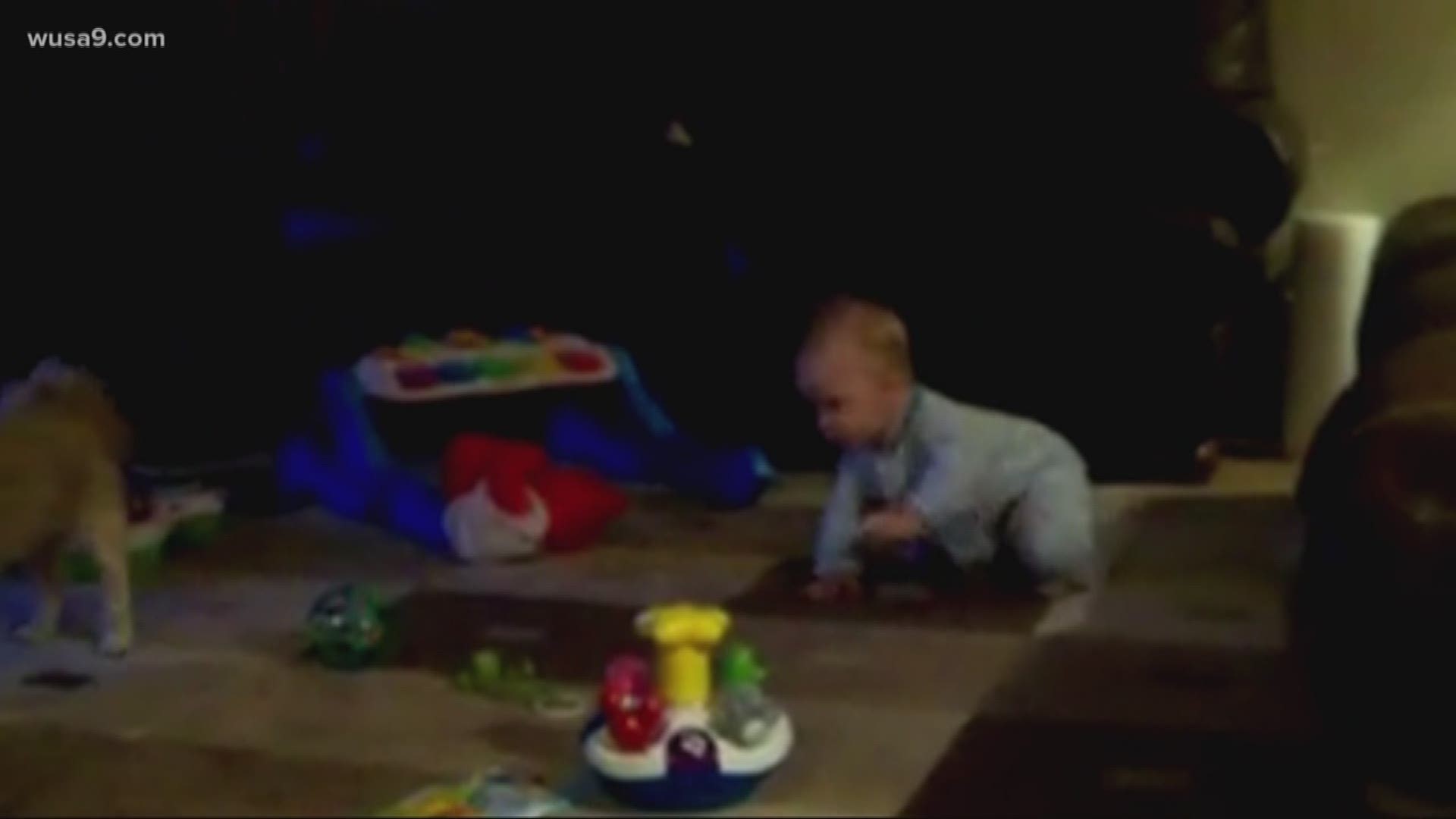 WASHINGTON -- Congress is discussing funding to put an end to the widespread health and safety issues in military housing. Military families also want to know what happens to the people who have long-term health issues after living in that privatized housing.

“There's a challenge for the relationship between my husband and I in that 'your job did this to our firstborn son,'” Darlena explained. “Fortunately, I know that in a million years he never wanted this for his child or for us to have gone through as parents. “I feel sad for the child who we named after my husband, who I thought for certain was going to go onto be an Army officer like his father is no longer, that's not going to happen.”

“We were so excited to be having two boys close in age,” Darlena told WUSA9. “My younger son will never have that brother, that playmate. In fact, he refers to himself as the big brother. He's the one who helps him all the time. He tells everyone what happened to J.C.”

For a while, the family didn't know what happened to J.C. They moved to Georgia's Fort Benning in 2011. J.C. was 10.5-months old. Things were great. The Browns had to live in privatized base housing because of the Colonel's job.

Months later, they noticed changes in their young son. Darlena remembers he had eating and sleeping problems; he'd wake up screaming in the middle of the night.

Medical records show J.C. has autism and "intellectual and language impairments" "likely due to High Lead Levels." Photos show red on testing done in the Brown’s home, which means it is positive for lead paint.

Darlena carried around a plastic bag of paint chips for six years. It's labeled "JC bedroom window." J.C.'s tiny baby teeth might hold the biggest piece of evidence -- Darlena had them sent to a lab. Even they tested positive for lead. Experts say that shows long-term, consistent exposure.

“For JC, it was that everyday living in this home with chipping paint around windows and door jams with the friction that created this lead dust,” Darlena described.

The Browns sued the private contractors that run the military housing community. According to court records, the companies denied any liability. They settled the case for an undisclosed amount.

The family now lives in Northern Virginia where every day, they're reminded of the consequences of their time in privatized military housing.

“In our home, it's like we have a constant four-year-old,” Darlena lamented. “He's almost nine. But it's as if he's three or four.”

Ninety-nine percent of base housing is now run by private companies. The 50-year agreements between those contractors and the military were supposed to lead to quality housing.

The 3,088 members of the group, though, post about disgusting and sickening conditions inside that housing.

“I would give anything for us to not have to exist,” Darlena said. “It's heart wrenching to hear all these stories.”

In the group, members also talk about health problems that come to light as they move from post to post every couple years.

WUSA9 showed some of the photos to Jonathan Wilson with the National Center for Healthy Housing. The nonprofit has been working to ensure safe and healthy housing across the country for 25 years.

Some military family groups are advocating for a registry to allow the Department of Defense to track those who have been exposed to toxins because of their base housing.

RELATED: 'There's no reason why we should be here' | Congress, DoD and the military branches had warnings and proof of problems in base housing

“If in fact this has long-term health impacts, then the Department of Veterans Affairs better be well-equipped to provide healthcare,” Maryland Congressman Anthony Brown responded to the idea.

Brown served in the Army for thirty years and thinks tracking makes sense.

“When in the future, military family members are presented with health conditions that might be associated with housing conditions, we got a registry we can go back and see and then compensate them for whatever harm has been caused,” Brown added.

There's precedent for this kind of initiative. The VA operates a burn pit registry. Another list tracks those who lived on Camp Lejune when the water was contaminated.

The Army announced its own registry and hotline on this issue. There, they'll document the concerns and help with access to medical care if needed. We don't know yet if officials will put this into place across the Department of Defense.

It's just one of the many issues families like the Browns want addressed.

“I don't know how it's going to happen,” Darlena wondered. “It's going to take time and people all doing the right thing to rebuild the trust of the service-member and the families.”

Right now, one of the funding lines in the defense spending bill would provide lead testing for certain children with military health insurance.

At the same time, the branches continue to meet with the private companies to fix these problems.

This is one episode in our "Dangers at Home" series. Watch more episodes below.