Beachgoers say they braced for the upcoming tropical system in their vacation destination, while one long-time resident says Monday's storm was just another day. 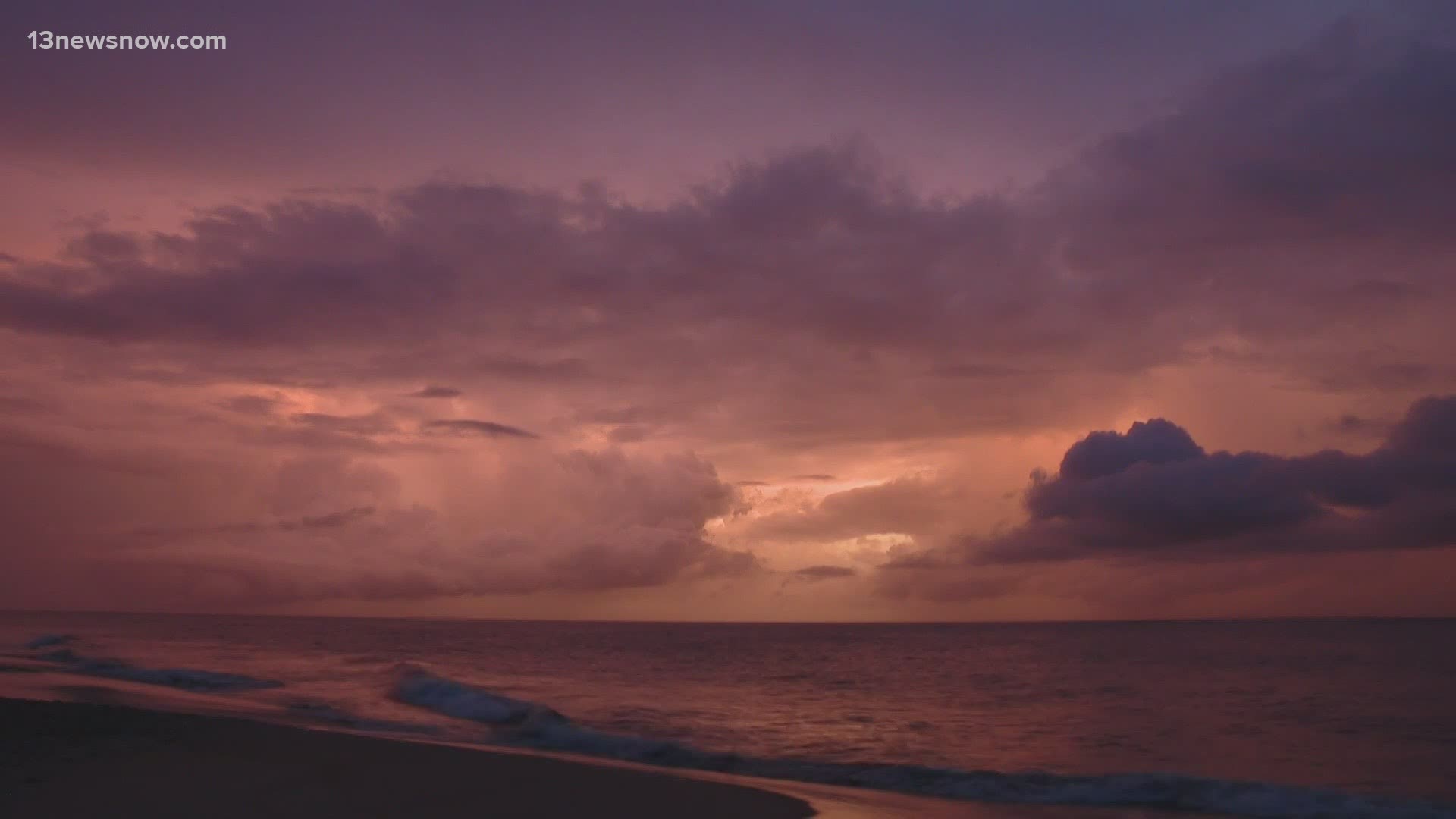 NAGS HEAD, N.C. — Tropical Storm Claudette came in with strong winds and rain along the Outer Banks Monday morning, but quickly weakened as it pushed out from the coast.

"Yeah, I probably won't go into the ocean anytime soon," said Christie Webb who just drove in on Monday for vacation in Nags Head.

As Claudette moved out into the ocean, vacationers started to walk the beach. Many who say they were worried about the storm's impacts at first, say it didn't put too much of a damper on their trip.

“Honestly, I think people here are really just used to it," said Helen Fleck, vacationing all the way from Texas.

“I was hoping it wasn't going to be too much and not ruin too much of our time, but if this is all it is, it's not too bad," said Justin O'Neil who traveled from Long Island, NY.

The two were walking along the Nags Head beach in the rain, saying it didn't deter them from enjoying activities around town.

The long-time resident lived in the Outer Banks area since 1974 and said he's seen dozens of tropical storms and hurricanes pass his house.

"Yup, I've seen every one come by there since then...I never left," said Hugheston looking out at the dark clouds above the ocean. “You know, you never know what they're going to do."

While Claudette didn't rain on Hugheston's parade, he said he knows there will be more to see in his time here.

"It's not going to be any worse than any other typical storm we've had in the wintertime. I know some vacationers may leave early," said Hugheston. "This isn't going to blow that bad."