A new wooden ramp has been added to the access point as well as several fixed position mats and roll-out mats on top of the sand. 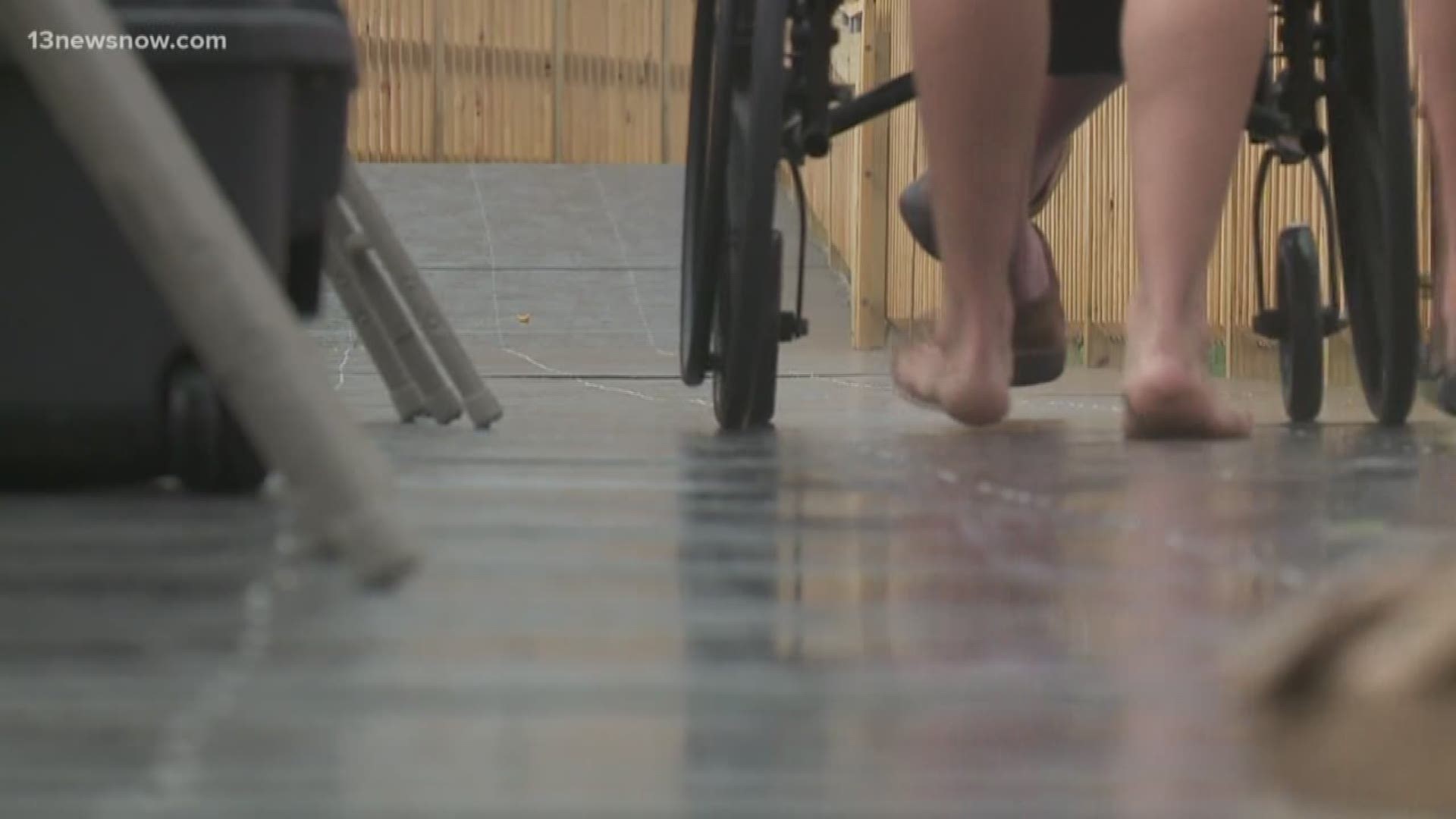 “This is a gift for us,” explained community member Bevin Boyce.

A new wooden ramp has been added to the access point as well as several fixed position mats and roll-out mats on top of the sand. The ramp allows wheelchairs to get from the parking lot to the sand while the mats allow those in wheelchairs to get on to the beach and they'll be set up in a way so it's easier for beachgoers to set up their belongings on the sand.

Boyce explained, “Since [Rick] had a stroke, we have tried things like renting the beach wheelchair, but even then, access over the dunes, I mean it would take like three people to actually push him over the sand and get him down.”

The beach wheelchairs are made to push through the sand and take people right up to the water line.

“There is just something special about being on the sand and being on the ocean and everyone needs that ability to get here,” explained Mayor Sheila Davies.

The improvements are being dedicated in honor of former Kill Devil Hills Commissioner William "Bill" M. Pitt and his leadership role in beach nourishment among other achievements.

According to the town's Facebook post, "Taking measures to preserve our beach and ensuring that everyone be granted an opportunity to enjoy it was essential to Bill."

“The first concept came to us from a citizen that just had this vision of having an access point fully accessible for anyone, whether they are using a wheelchair or limited mobility, and get down on the beach and down to the water,” Davies explained.