How many hot dogs can you eat? Sam Roewer is one of the many competitors trying to compete for the chance to eat at the Nathan's Famous Hot Dog Eating Contest at Coney Island, NY on July 4. The qualifier is at Harborfest on Sunday. 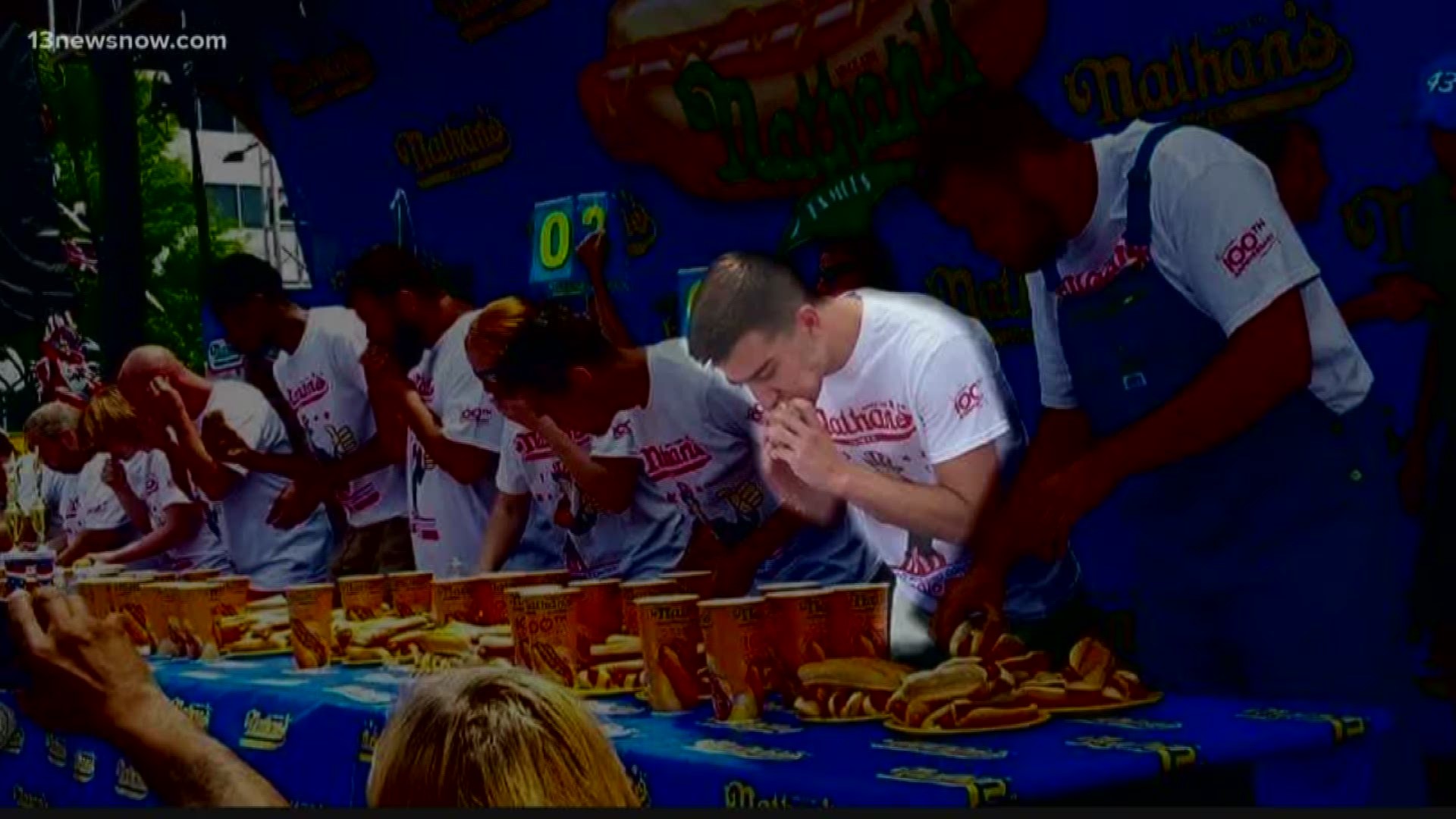 NORFOLK, Va. (WVEC) -- The 42nd annual Norfolk Harborfest has kicked off on Friday, so it might be tough to ignore all the fanfare.

Some might find Sam Roewer a couple miles away on the basketball court at Lafayette Park, preparing. He’s just focused on what will go down at Town Point Park on Sunday.

“I love playing ball, it's maybe my biggest passion,” said Sam, in between games of one-on-one with his brother, Nick.

For the past few years, Sam picked up a new passion, competitively eating hot dogs.

Sam isn't competing just for fun, he hopes for a chance to compete in the Nathan’s Famous Hot Dog Eating Contest at Coney Island, NY on July 4.

Nathan’s Famous has held a qualifying contest at Harborfest for a few years now.

“I want to get the highest amateur score, they have ranked guys, but I want to show out and do the most among the amateur eaters,” said Sam.

He may be considered an amateur, but he’s no stranger to impressive food feats. In fact, when 13News Now Daybreak featured Jack Brown’s Oreo challenge in May, the record holder at the time for their burger challenge is Sam. The record? 11 burgers!

Sam breaks a really good sweat on the court, not only because he has a lot of calories to burn, but he is drinking about two gallons of water a day to help expand his stomach. This method is a popular strategy for competitive eaters ahead of a contest like this.

Sam said for extra support, his parents are coming down from northern Virginia to cheer him on. He keeps a great attitude about the contest that even he admits may be considered a little “absurd.” He’s still proud of the fact that he’s giving it his all.

“I’m not embarrassed at all, if I saw somebody doing this I’d think it was the coolest thing ever. I don’t think it vain to say it like that right?”