Delegate Marcia Price said her car was broken into and someone stole her donations for Tori's Closet in Newport News. 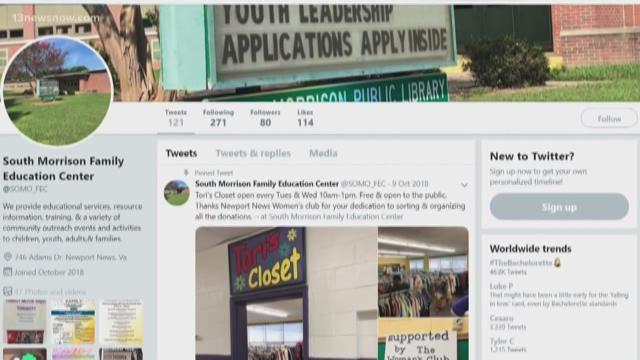 "There was a flyer that said Tori's Closet. It's with the women's club. [Tori's Closet] collects clothes and shoes and gives it out to those in need," said Delegate Price, who donates to the organization.

While she was in Richmond for a conference this weekend, someone smashed her window and broke into her car.

"I checked, and they stole food that I had for a youth group. They also stole some shoes that I had gotten together for a donation," she said.

Delegate Price said she didn't want that to stop her from still donating to help those who go to Tori's Closet, so, she asked others to help donate clothes.

"Once I posted it on Facebook, I had an outpouring of love from all over Hampton Roads, all over Virginia. Some of my college friends from Atlanta and New York wanted to see how they could help," said Delegate Price.

As the donations come in, she said she's reminded that there are many who are in need, and she hopes the kindness of others can make a difference.

That's why she's not upset at the person who broke into her car because that person may have just been in need as well.

"If you go through all of my car and the only thing you took was shoes and food, you may have needed it. I hope that next time you need something, you'll go to programs like Tori's Closet instead," she said.

Anyone can drop off donations to the South Morrison Education Center Monday through Friday from 8:00 a.m. until 5:00 p.m. Distribution is Tuesday and Wednesday from 10:00 a.m. until 1:00 p.m.