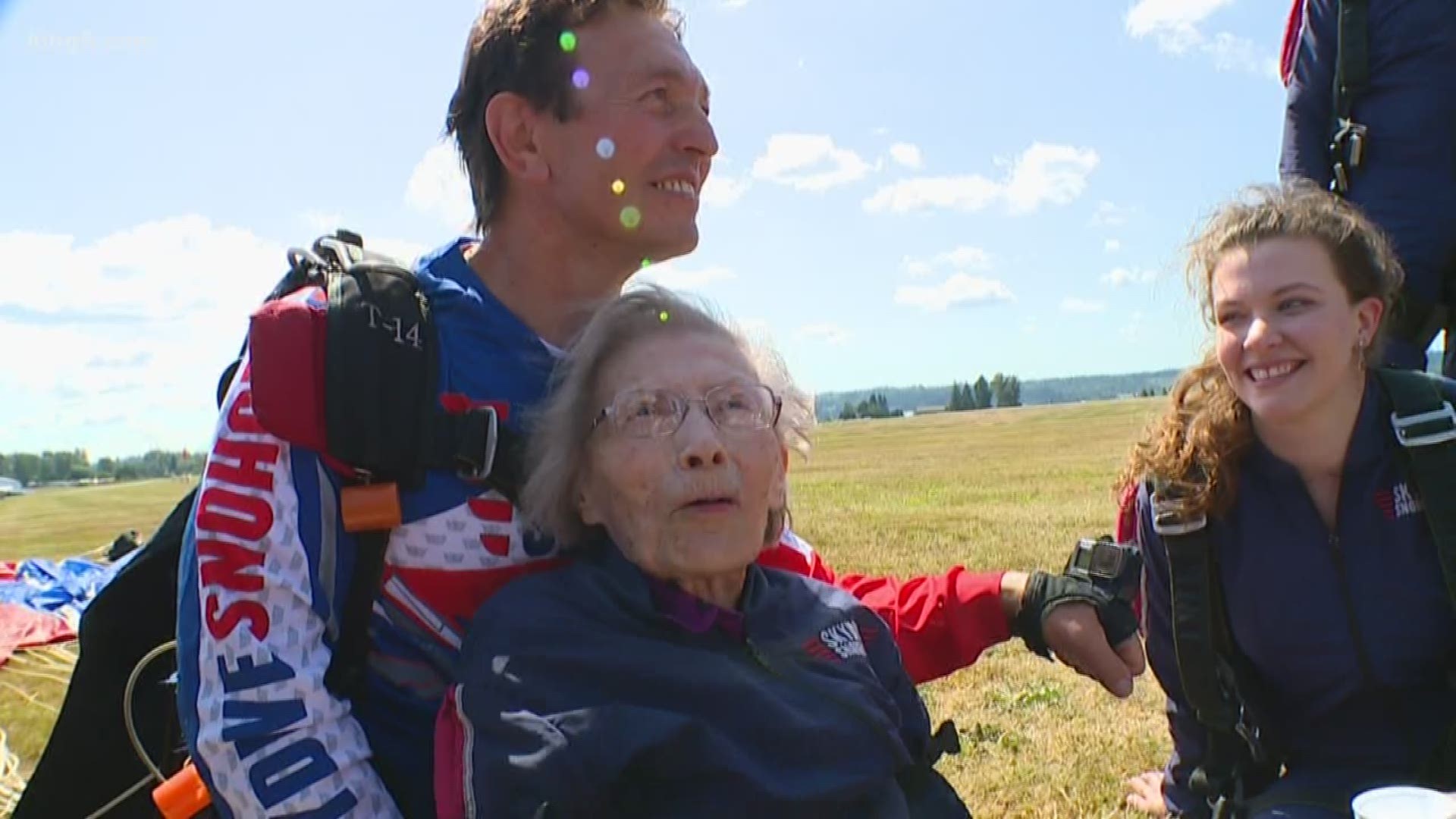 SNOHOMISH COUNTY, Wash. — A 103-year-old Seattle woman may have set a new Guinness World Record for being the oldest female tandem skydiver.

Kathryn “Kitty” Hodges jumped out of a plane 10,000 feet over Snohomish County on Thursday, strapped to an instructor with Skydive Snohomish.

Their free-fall lasted about 30 seconds before a parachute burst open and the two glided into a field, to the cheers from Hodges' family and friends.

“This is normal for Kitty to do unusual things,” said Jo Ferguson, who has known Hodges for the last 15 years.

The jump was her son’s idea. Warren Hodges has done close to 50 jumps with Skydive Snohomish. He joined her for her stunt, along with a few other family members.

“It’s fun, so why not have some fun? Hallelujah!” Kitty said.

The current Guinness World Record holder for oldest female tandem skydive completed her jump when she was 100, according to Skydive Snohomish. If certified by Guinness in the coming months, Kitty would claim that title, and do it with a few years to spare.

“Well it’s kind of overwhelming, I don’t know what to say,” Kitty said. "I really am not nervous."

According to news reports, a 102-year-old Australia woman completed a skydive last year.

Kitty’s friends said she’s always had a sense of adventure, which has not faded as she’s aged.

“That’s why she’s lived so long I think,” Ferguson said.