A 13News Now investigation looks into concerns about a video of police interrogating a teen suspect, who was accused of breaking and entering and stealing guns. 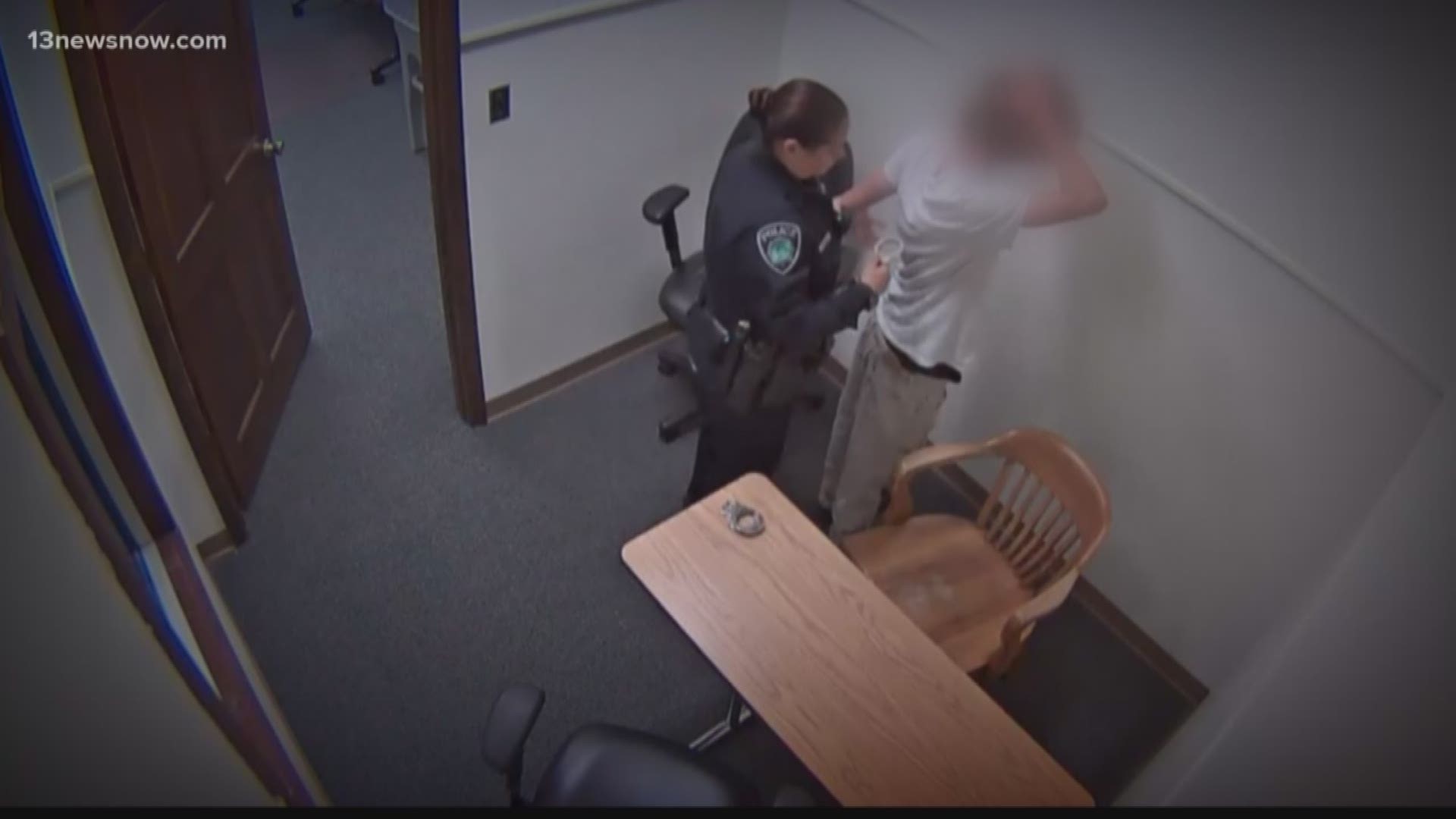 NEWPORT NEWS, Va. — Criminal charges against a teenager had to be dropped in Newport News. Prosecutors and defense attorneys said it's because of a detective's "bad interrogation."

The actions drawing scrutiny took place during a suspect interview. That suspect was a young teenager only in middle school.

In video obtained only by 13News Now, you don’t see anyone beaten. There are no bruises or broken bones as evidence of abuse. But lawyers argued and a judge agreed the interrogation was such a violation of the teen's rights, they had no choice but to throw out the evidence and drop the charges.

The teen and his mother wanted the public to see this video because they believe the community should know what sometimes happens in these situations.

14-year-old Gabrial was arrested on suspicion of breaking and entering and stealing guns from a home in Newport News. He was brought into a small room at the police department and left twisting in handcuffs for almost an hour and a half.

It was the start of Public Defender David Lee’s problems with the interrogation.

“I think it's very clear this child's constitutional rights were violated,” Lee said.

Detective H.T. Truong went into the room and read Gabrial his Miranda rights. It took less than 10 seconds.

“You know you have the right to remain silent,” Truong began. “Anything you say can and will be used against you in a court of law. You have the right to speak with an attorney and have one present during questioning. If you can't afford one, one will be appointed for you.”

Newport News Police Department's own documents on Miranda rights for juveniles advise detectives "evaluate the child's understanding. Ask him to repeat them back.”

Truong asked: “You understand all that, right?”

“It might be one thing if this was a 41-year-old long-term drug dealer who's been in and out of prison,” Lee explained. “What you have is literally a middle school 14-year-old.”

Truong pulled out photos of other kids he said he sent to juvey. He described the possible consequences of serving time. He asked Gabrial if he knew where one of the boys in the picture is currently. When Gabrial doesn’t know, Truong replied, “In a grave.”

Lawyers told 13News Now that could be a violation right there. By law, juvenile sentencing information is supposed to be private.

What happened next is something Lee said he's never seen before.

“There are no such thing as coed prison,” Truong said. “The women that they have in prison, ‘the women,’ they're not women Gabrial, Gabrial. You know what I'm talking about.”

“He's speaking to a youngster who is 14, slender with long hair,” Lee reacted. “I think this is a clear suggestion of prison rape.”

Truong literally backed Gabrial into a corner. They were so close, their knees were interlocked.

After almost seven and a half hours in a room at the police department with just a few breaks, Gabrial wrote an apology note to the victims.

“That is calculated to overcome any resistance to where the child is likely, under this kind of pressure, admit to anything,” Lee expounded.

He believes there's no question this is a case of coercion.

“The justice system doesn't work well if innocent people end up getting convicted, while people who actually commit crimes go free,” Lee added. “That's the danger. We get the wrong person, which means the right person is still on the streets and justice isn't served.”

For Gabrial's charges, in court, the prosecutor specifically said the interests of justice would not be served if this case were to move forward. We took the concerns directly to Newport News Police Chief Steve Drew. 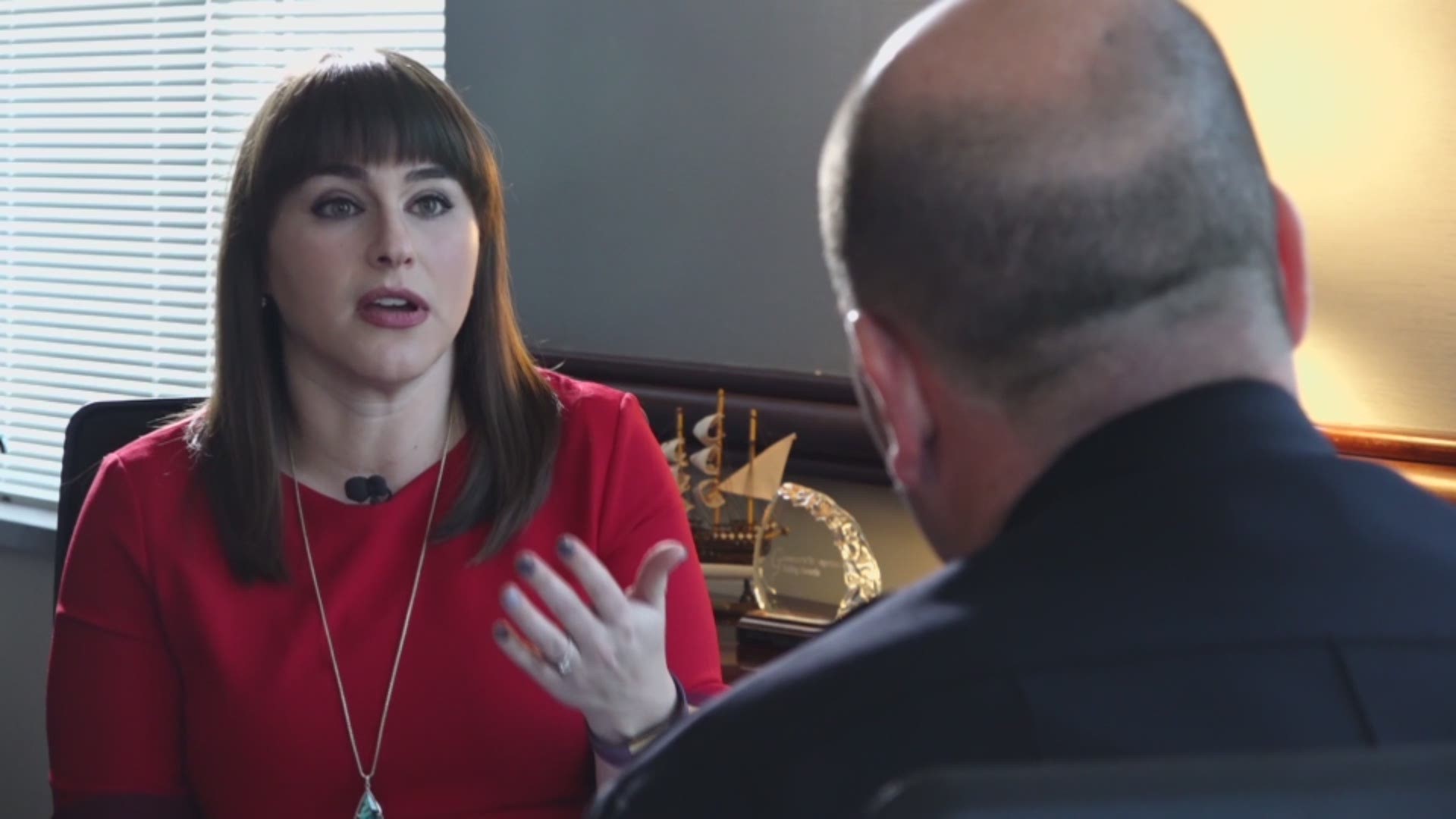 We asked Chief Drew if he thinks this interrogation crossed the line.

“I think that's a hard question,” he responded. “Do I feel like it crossed the line? I think I would answer that I think there were some things that I would like to see tweaked and different and I think that we can always do better.”

Drew doesn't agree with every observation Gabrial's attorney made about the interrogation. He told 13News Now he talked with Det. Truong and his supervisors about exactly what happened in that room.

We asked the chief if he thinks Det. Truong should be interviewing juveniles or if he will face any discipline.

After watching the video, Drew believes some of that training should focus on making sure everyone understands their Miranda rights, no matter how long it takes. He also wants his people thinking about how a kid might perceive a detective's words or body language in an interview.

“I'm not just looking for, 'We want a confession,'” he explained. “I want the truth, but I want to do that in an ethical and moral way.”

Drew plans to reach out to experts for their take on this situation and best practices. The chief also reached out to Gabrial's mom and is hoping to spend time with both of them after this.

“The totality is what can we do better and how can we improve,” Drew added. “I think when we're willing to ask those questions and look for those answers, then that's what makes us a better organization and we have to continue to do that.”

We emailed Det. Truong directly to see if he would talk to us about this video, but he did not respond.