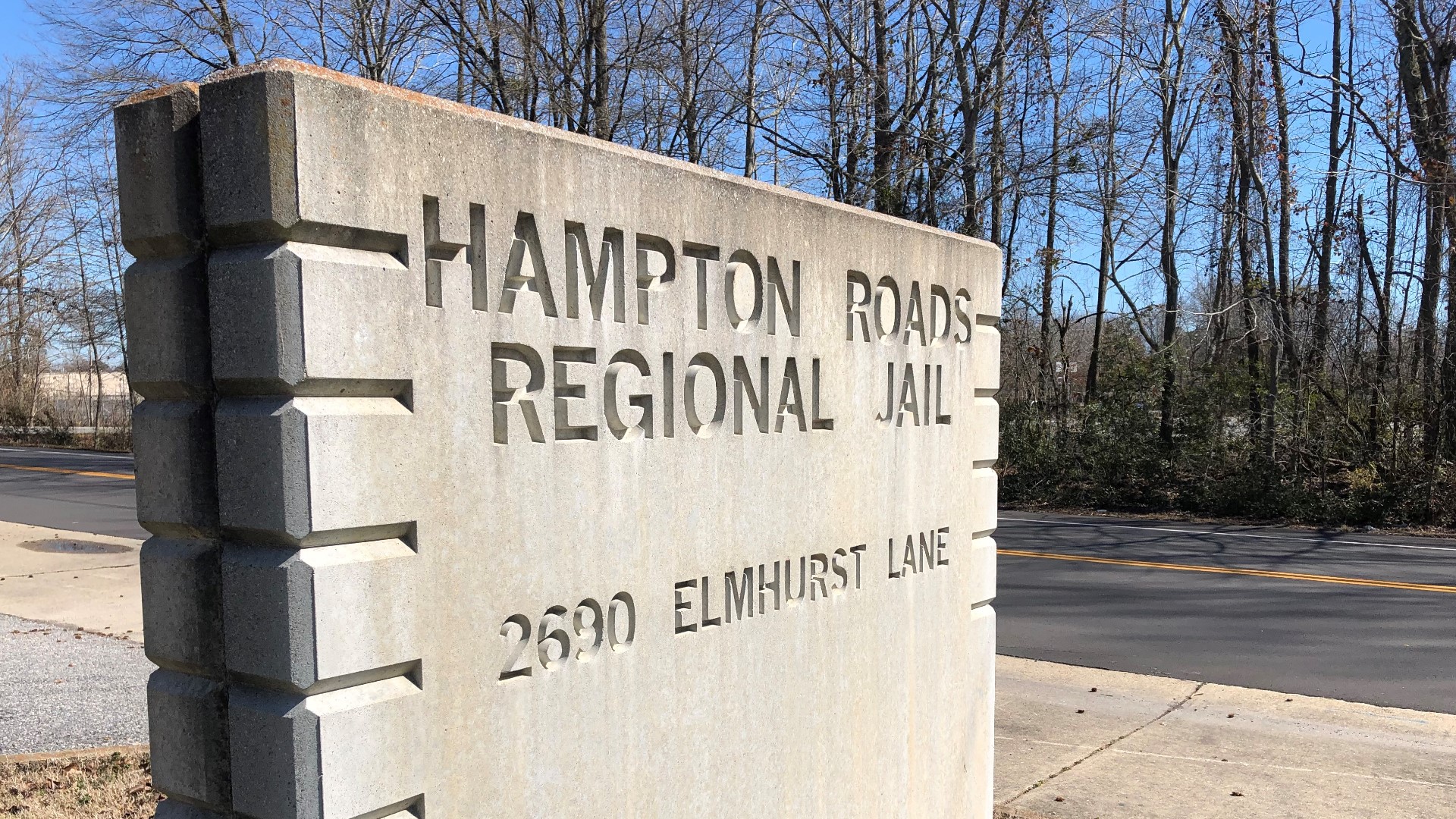 PORTSMOUTH, Va. — The Chesapeake Sheriff's Office will recall 149 inmates from the Hampton Roads Regional Jail "until staffing shortages are addressed" and the HRRJ is compliant with its Department of Justice consent decree.

Chesapeake Sheriff Jim O'Sullivan officially decided to remove his inmates from the regional jail after an HRRJ Board meeting Wednesday afternoon.

The Hampton Roads Regional Jail lost its accreditation from the American Correctional Association earlier this month. The ACA cited "continuous deaths of incarcerated individuals," the DOJ consent decree, and an ACA audit and monitoring visit of the jail, among other factors.

The consent decree with the Department of Justice requires the HRRJ to improve medical and mental healthcare for inmates and increase staffing at the jail. Both Sheriff O'Sullivan and Sheriff Baron said the HRRJ is currently not in compliance with the agreement.

Four HRRJ inmates died within a three-week span in February.

At the Wednesday meeting, HRRJ board members praised jail medical staff while claiming press coverage is to blame for staffing shortages and other issues at the jail.

“That's a testimony to the appreciation we as board members have for the staff that have been doing a [great] share of work and are committed to this organization with or without reading the newspaper," said Robert Geis, Deputy City Manager for the City of Chesapeake.

“There’s a lot of negative press and you guys do a Yeoman's job," Morgan said. "Two [medical] emergencies a day is just overwhelming.”

HRRJ staff said 46 sworn officers resigned from the jail between March 2020 and March 2021 and also claimed "negative press had an aid" in staffing shortages.

Jail staff said 43 of the 46 officers who resigned were in the first two years of employment at the jail.

The Hampton Roads Regional Jail has had seven different jail superintendents since 2017. Current Superintendent Col. Jeff Vergakis took over on January 1, replacing Col. Christopher Walz who retired after nine months on the job.