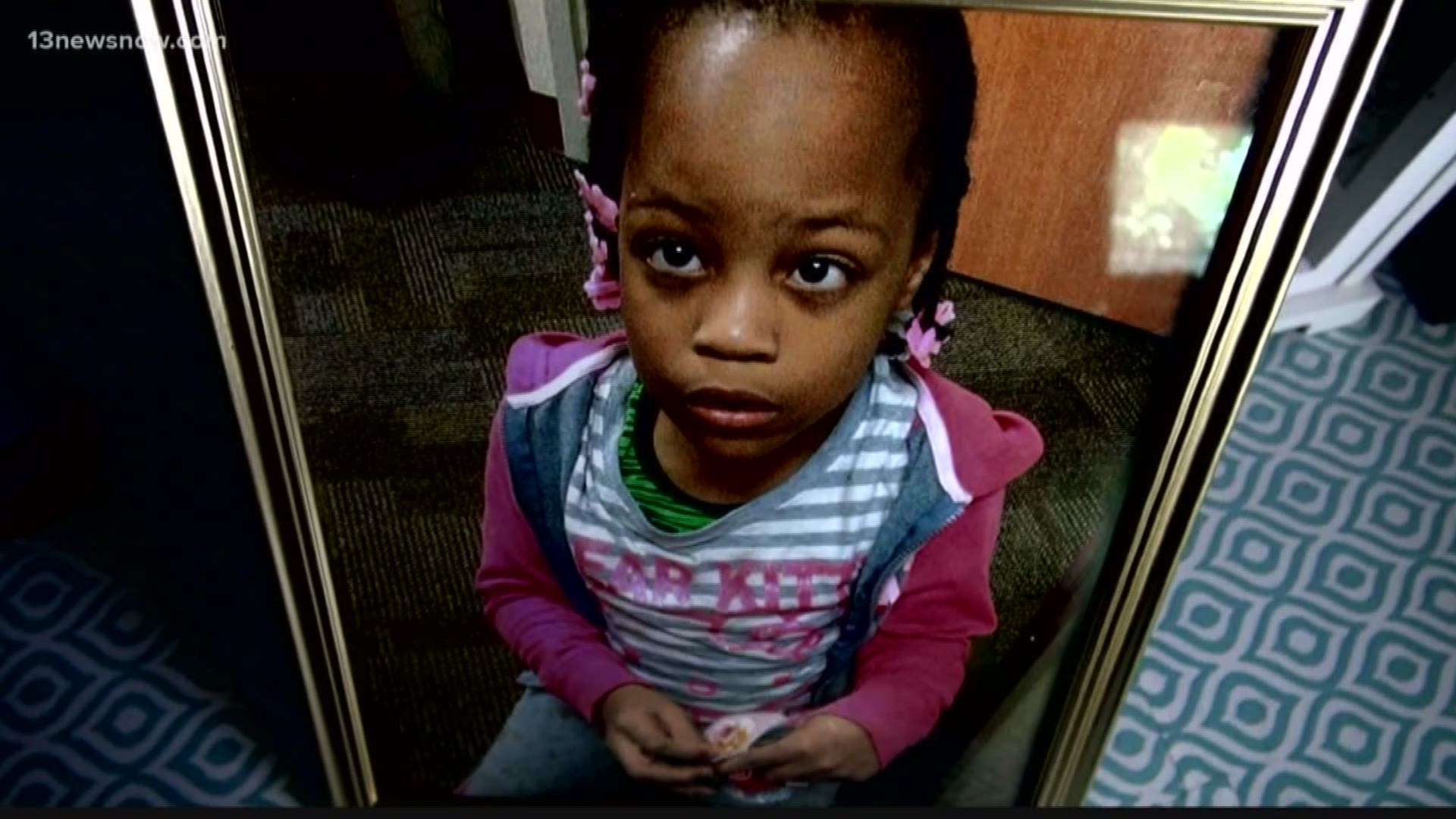 NORFOLK, Va. (WVEC) — New legislation could become the legacy of a Norfolk girl who was brutally beaten to death earlier this year.

Those who loved Heaven Watkins said the child protection system did not protect her. 13News Now brought Heaven's story to a local lawmaker who has taken up her cause.

We connected Heaven's aunt, who has been advocating for changes in the child protection system, and Delegate Mike Mullin, who watched "Heaven's Story" and wants to make those changes a reality.

The phone call between strangers created a bond between Hampton Roads and Minnesota.

“I have to look at it that Heaven had to go, so others can be saved,” Sheronda told Mullin.

This week, Mullin will file "Heaven's Law" in the Virginia House of Delegates. Heaven was just 11 when she was brutally beaten to death back in May. Our investigation showed Heaven's family had a history with child protection in Minnesota.

When the family moved to Norfolk, CPS here got involved in February but kept the little girl in her home. Just three months later, Heaven would wind up dead, allegedly at the hands of her mother and mother's boyfriend.

Officials won't say if CPS workers in Norfolk knew about that history in Minnesota. We uncovered there's no requirement to check with social services across state lines.

Mullin asked for Sheronda’s permission to put forth a bill in Heaven’s memory, which would change this. "Heaven's Law" will mandate caseworkers check for records in other states.

“That was a really emotional moment,” Mullin recalled after the conversation. “I'm not going to lie, it kind of brought me to tears to be able to work with her to make sure that Heaven has a legacy that's not just in her heart and mind, but all across the Commonwealth.”

The delegate has talked with stakeholders and believes most are on board with the legislation. He believes Heaven would still be alive if this law had been in place.

“That's a pretty heavy burden, but if we can make sure that this doesn't happen to another child ever again, then I think that we've done our job,” he added.

Sheronda hopes to be in town when Heaven's mother, Latoya Smith, is sentenced in this case. She pled guilty last month.

On Monday, a March trial date was scheduled for Demont Harris, the boyfriend who is also charged in Heaven's death.