A Virginia Beach man says he's received 20 to 25 letters from the Virginia Employment Commission addressed to his home, but each with the name of a different person. 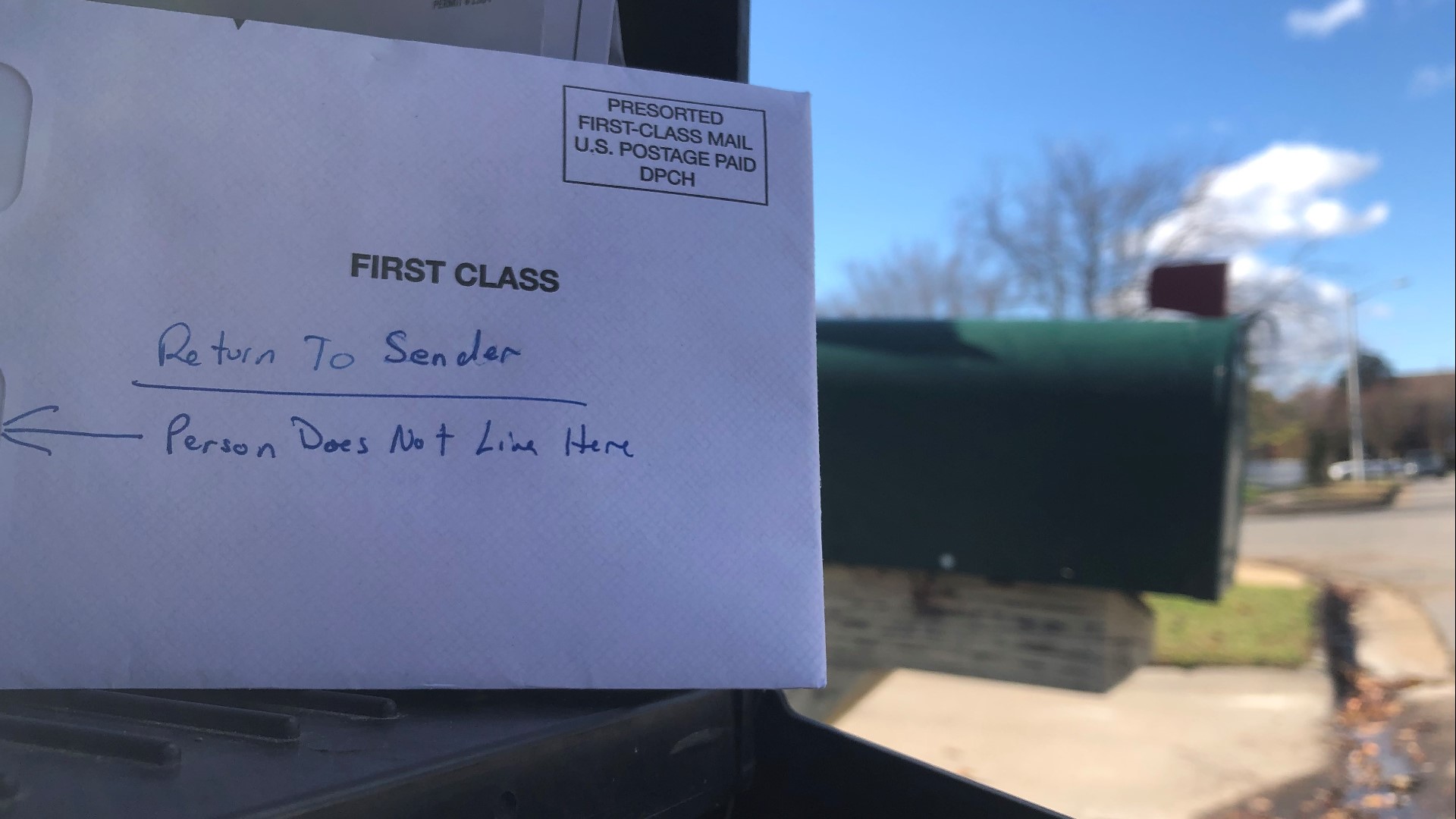 VIRGINIA BEACH, Va. — In the last two months, Clay Richmond has received not one, not two, but 16 letters from the Virginia Employment Commission. All were sent to his Virginia Beach home, but all were addressed to different people.

“I’m kind of like dumbfounded, blown away," Richmond said. “I see articles saying people in Virginia aren’t receiving their benefits and I’m thinking maybe this is a part of it.”

After watching a 13News Now report of a Virginia Beach woman who received nine letters from the Virginia Employment Commission in error, Richmond said he realized his situation wasn't unique.

In total, he said he's received about 20 or 25 unemployment letters in error. He provided Investigative Reporter Evan Watson with copies of 16 letters from the VEC that were sent to his home between October 8 and November 11.

He said he called the VEC, and employees told him they couldn’t help him.

“They basically said, 'We don’t know what to do,'" Chapman recalled.

So, Chapman has been writing “return to sender” on each letter and putting it back in his mailbox, hoping they get to the right people.

Williamsburg woman Melissa Reel also sent us photos of three unemployment letters addressed to different people she received in error. She said Monday's report showed her others were receiving these letters as well.

Some of the letters contain personal information, telling applicants they’re eligible for benefits.

“There’s got to be some kind of glitch in their system that’s causing this," Chapman said.

The Virginia Employment Commission continues to say it is investigating these reports, but a spokesperson has yet to answer why this is happening or how it’s affecting claimants.