While the two officers were stabbed and beaten, the emotional wounds still haunt them every day. 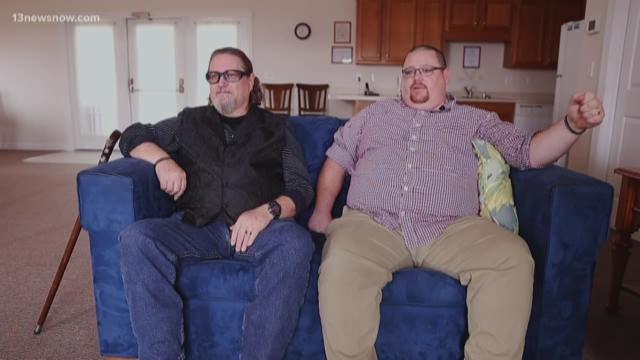 PASQUOTANK COUNTY, N.C. — Editors Note: The videos in the story are split up into two parts. Watch part 1 at the top of the story. Part 2 of the video is further down.

For the first time, we are hearing insiders' accounts of the 2017 attacks at Pasquotank Correctional Institution that left four people dead. Survivors of the fatal escape attempt describe what they saw that October day as "a horror scene."

Sgt. Curtis Casper and Officer George Midgett were simply co-workers, but what happened inside the prison that day has bonded them forever. One saved the other's life. While both were stabbed and beaten, it is the emotional wounds that still haunt them every day.

October 12, 2017, started like any other day at the Pasquotank Correctional Institute. It quickly changed for Officer Midgett, who was the canteen officer at the time. 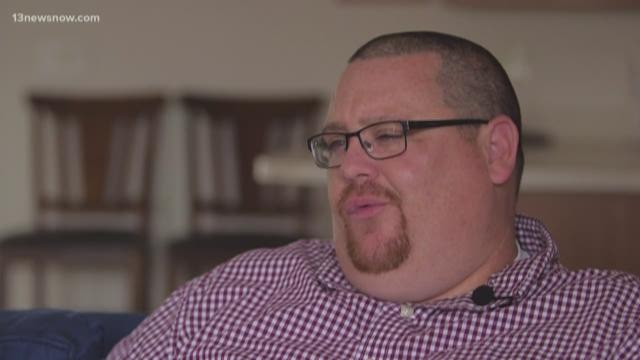 “The inmate I work with every day came running past me and told me to run,” he recalled.

Four inmates allegedly hatched a plan to beat and kill several officers and prison staff as they tried to escape.

Officer Midgett was caught in the chaos at the loading dock.

“When I turned back around, there was an inmate standing directly in front of me with a shank,” Midgett described. “It was half a scissors. He said, 'I don't want to hurt you, but we've got to go.' and I was like, 'You realize I can't let you go.' I felt something hit me in the head, hard! I got hit from back here, all the way across from the forehead, the nose and he crushed that cheek. I was stabbed through the side, in my side through my lung and I was just trying to cover my head.”

On the other side of the prison, Sgt. Casper was getting the first hints something was very wrong.

“One of my officers come over the radio in distress, almost pleading for help, kind of,” Casper recalled.

He and another supervisor rushed to the warehouse door near the sewing plant.

“You could hear a bunch of hollering and different things and so we ran,” he remembered. “It was a horror scene, to be honest with you. I didn't even know, he was beaten bad enough and there was enough blood that I did not know who it was.”

The inmates were running for the fences.

“I engaged this one, trying to get between them and the fence and in the process, as I had my hand on the weapon, I was struck in the back with a hammer,” Casper described. “When I turned to try to get him off me, is when I, in turn, got stabbed in the face. It all happened so fast.”

Other officers came to help. Casper went back inside. He found Officer Wendy Shannon and maintenance worker Geoffrey Howe.

“I remember going in there and putting my hands on Shannon just pleading with her that it was going to be OK,” Casper sobbed. “It was going to be OK. I remember trying to feel a pulse on both of them, but it was very weak at the time. Midgett was our obvious choice to try to save and that's a hard decision. That's a decision that who's supposed to make that?”

“I was fairly certain between laying there in the blood and getting to the hospital, that I was going to die,” Midgett added.

“I've seen these things on video,” Casper explained. “Not many people have seen those videos, but I have and what happened there is just, shouldn't have ever happened.”

We asked how these inmates were able to do this.

“Complacency,” Casper responded. “People not listening to the warning. Management not listening to a warning. I don't believe in a close custody facility they should have those types of tools and stuff. I remember asking questions about why do they have certain things. One supervisor, in particular -- she was a lieutenant -- pushed so hard about needing staff. The response that we would get back from management was... I don't need to say it on TV, but it was basically, 'What do you want me to do?'”

State code shows the Correction Enterprises sewing plant is a source of revenue for the state. Policy states it should be manned by two officers. But often, the prison kept it running with only one.

That day it was Officer Justin Smith, who was beaten to death.

“So if you don't have enough staff to effectively and securely run that, the easiest thing to do would be just shut it down,” Midgett said.

“All because of the almighty dollar, you were willing to jeopardize my life, his life,” Casper added.

For Sgt. Casper, it's been a long road to even be able to talk about that day.

“There's not a night right now that goes by that I don't have flashbacks, nightmares about it or anything,” he explained. “It's every day.”

He was just sent a letter from the state, which terminates him. It explained his position is critical, and since they can't come to an agreement to get him back to work, they're letting him go.

“I was one of your first responders, as well as many other people were that day,” Casper lamented. “This didn't stop. That day happened. That's not it. You know, I hate it for the families that they lost loved ones. They've got their things that they have to go through, but I'm still alive. I'm still here.”

The two feel they had no choice but to hire an attorney, The Banks Law Firm, out of Chicago.

“Believing that the state on their own is going to do right is ludicrous,” Midgett said.

Despite reforms the state has enacted inside the prisons, both believe something like this could happen again.

“My biggest fear in all this is the officers and stuff that we lost that day, is that it's going to end up being in vain and I don't think that's right,” Casper added.

We reached out to the North Carolina Department of Public Safety for a comment on our story. They responded with the following statement:

“The 2017 tragedy at Pasquotank Correctional Institution remains etched in our hearts and minds as the Department of Public Safety continues to honor our fallen heroes and their families, friends and relatives they left to mourn,” Interim Chief Deputy Secretary Reuben Young wrote.

“The department continues to cooperate with the district attorney and law enforcement. Therefore, to avoid potentially jeopardizing the successful prosecution of the murder cases against the four defendants, it would be inappropriate to comment at this time on the events surrounding those heinous acts.

“DPS remains committed to prison reform and has already implemented many changes to make prisons safer and more secure such as additional training for correctional staff, changes in law and policy to hold offenders more accountable for assaults on staff, and providing more than 10,000 stab resistant vests and other safety equipment to prison employees. Many other safety improvements are in process, as well as some currently being piloted in state prisons.

"Updated information regarding the department’s prison reform efforts are available on the Prison Reform webpage."