E-cigarette use is rising among teenagers, and so is the number of students getting in trouble for vaping in the Hampton Roads area. 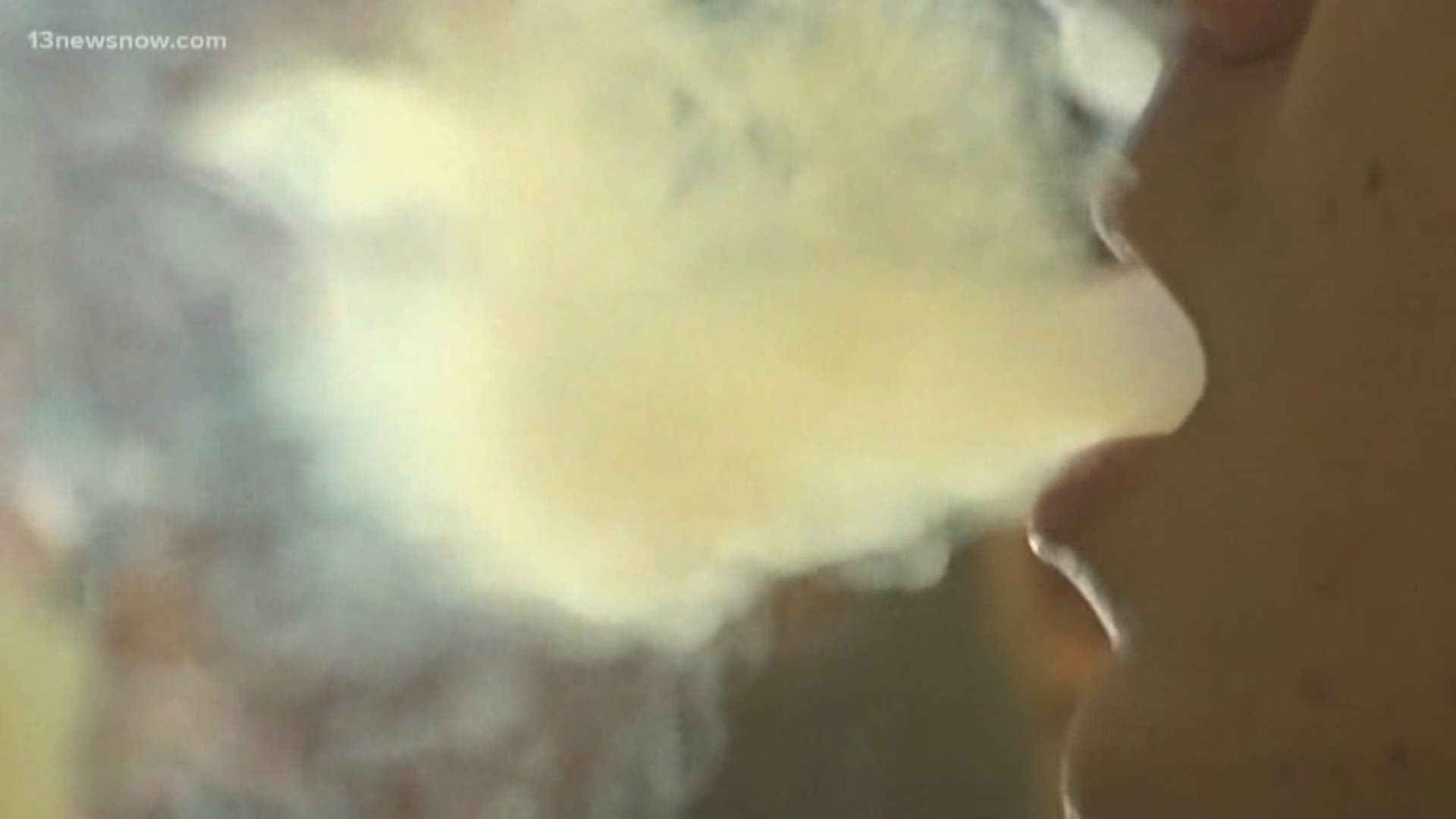 VIRGINIA BEACH, Va. — Among all Virginia Beach City Public Schools, 28 students were given infractions for vaping in the 2016-2017 school-year.

Just two years later, VBCPS handed out 363 infractions for SY 2018-2019, a sign of the growing popularity of e-cigarettes among teenagers and the influence of youth marketing, as well as the school division's crackdown on no-vaping rules.

The rise of youth vaping coincides with a national outbreak of lung injury associated with the use of e-cigarette and vaping products.

The Centers for Disease Control reports 2,172 people have been injured and 42 people have died across 49 states in 2019. CDC officials are now connecting the outbreak to the additive Vitamin E acetate.

“You know typically when we have these types of outbreak investigations, they are the result of some type of infectious agent," said Brian King, Deputy Director for Research Translation in the Office on Smoking and Health. "In this case we’re dealing with a more chronic disease-related factor in the context of e-cigarettes and it’s also complicated by the fact that we have cases in nearly all states.”

CDC reports more than a quarter of all teenagers are now using e-cigarettes, and that rise of vaping popularity is evident locally.

13News Now collected statistics on vaping infractions for each school division in Hampton Roads over the past three years.

In Virginia Beach City Public Schools, the number of students disciplined for vaping boomed from 28 to 174 to 363 in just three school years.

A full list of reported vaping and tobacco infractions in Hampton Roads schools is included at the bottom of this story.

“It was the beginning of last school year, we knew the numbers were really taking off and we needed to provide some attention to it, said Mike McGee, Director of the Office of Student Leadership.

“It’s a product that’s been very well marketed to the adolescents, and unfortunately they’ve taken the bait," he said.

Juul, responding in a statement, said: “We never designed our marketing to appeal to youth and do not want any non-nicotine users to try our products.”

The Food and Drug Administration is still considering regulations on e-cigarettes and vaping products. In the meantime, McGee said Virginia Beach students and parents need to treat vaping as a health crisis.

Some school divisions keep track of vaping infractions and other said they only track a larger category of tobacco infractions. Any blank spaces indicate data was not made available for the corresponding years.