Virginia Beach police bought the technology to turn on body cameras automatically when a gun is drawn, but it doesn't work. 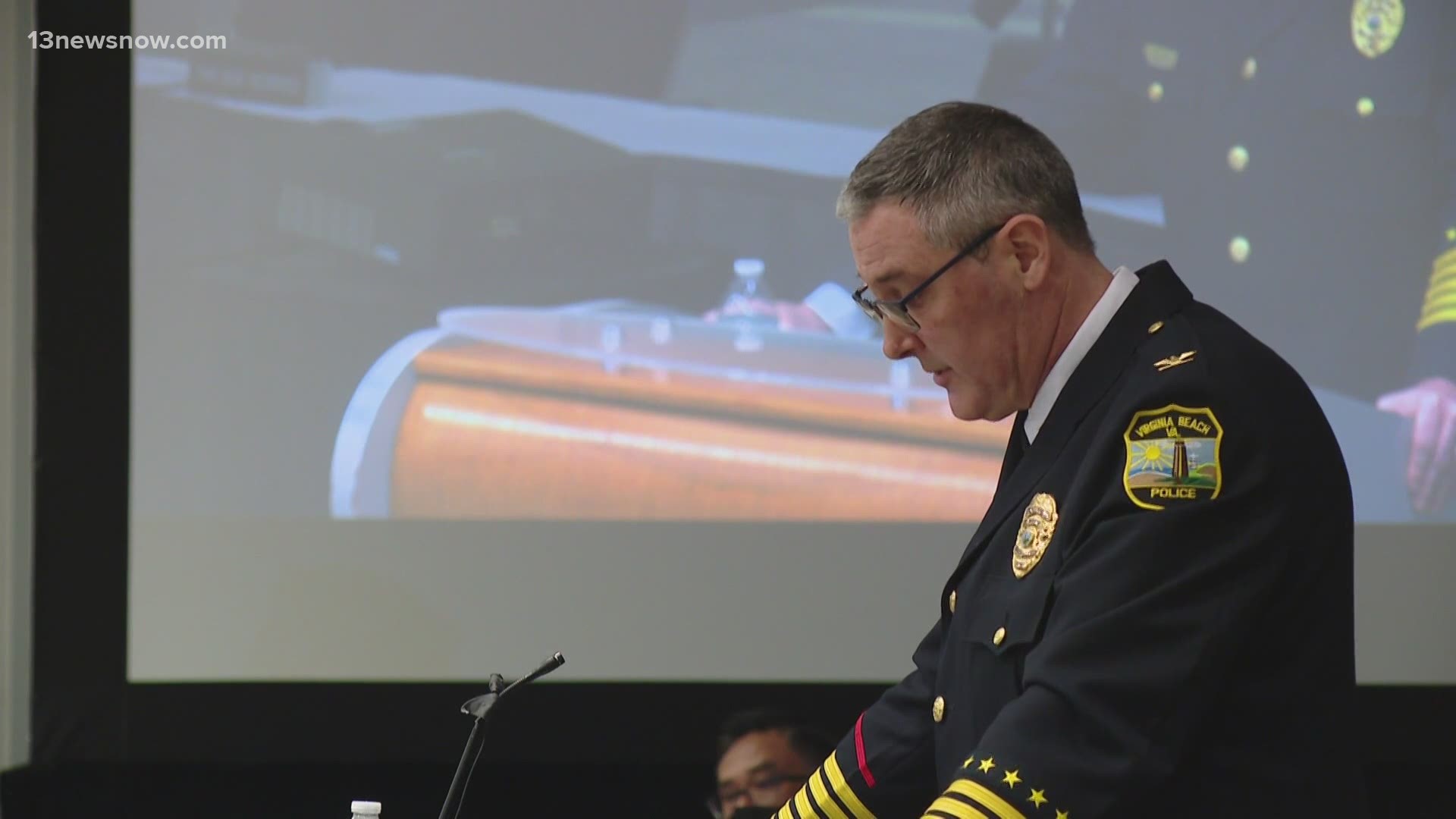 Even if the officer who shot Lynch forgot to activate their body camera, the police department bought cameras that have the capacity to turn on and record as soon as an officer pulls out a gun.

However, Neudigate said the technology doesn't fit on officers' current holsters, so VBPD isn't using it.

“We were forced as an agency to go with a different holster the single sidearm is not fit for, so even though we’ve acquired it and we’ve paid for it, it has never been functional," Neudigate said in an update to Virginia Beach City Council members Tuesday.

Neudigate said there are backorder and shipment issues with the holsters and screws that work with the body camera technology.

Lacking video of the shooting, Neudigate said the investigation of Lynch's death is unique.

“I can tell you I’ve worked a lot of [officer-involved shootings] in 32 years of policing, this is the first time I’ve encountered a situation where we’ve had no body-worn camera footage, no independent video footage, no immediate independent witnesses, and we did not have a more timely statement from involved parties," Neudigate said. "So as much as we want to be transparent to our community and they deserve it, it’s hard to be transparent when we have very little information to guide our response in our investigation.”

Chief Neudigate said his department didn’t interview the officer who shot Lynch for days because they couldn’t violate the officer’s Fifth Amendment rights. He told city council the Virginia Beach Commonwealth’s Attorney's Office will decide if the shooting was justified.

“We are used to being scrutinized and as we should," Neudigate said.

Virginia Beach Police will increase the number of officers working near the Oceanfront, and Neudigate asked council members to find a "holistic" approach to curbing gun violence.

“We have to be very careful because we don’t want to be seen as oppressive and discouraging people from coming to the Oceanfront," he said.

“Quite honestly, it is any given weekend that someone is injured or someone is shot,” Luciano said.

Neudigate also told council members he’s short-staffed by about 100 officers. He said he would like 150 to 200.

“Those 100 officers could field a precinct dedicated solely to Oceanfront Operations,” Neudigate said.

He said they will pull officers from other areas for the summer season. Luciano believes they need to focus on recruitment.

“Until we solve the manpower issue, what we are doing is sacrificing services in the rest of the city,” Luciano said.