Suffolk Fire & Rescue say the fire was in the 100 block of Kingsdale Rd. in the Kingsdale neighborhood. 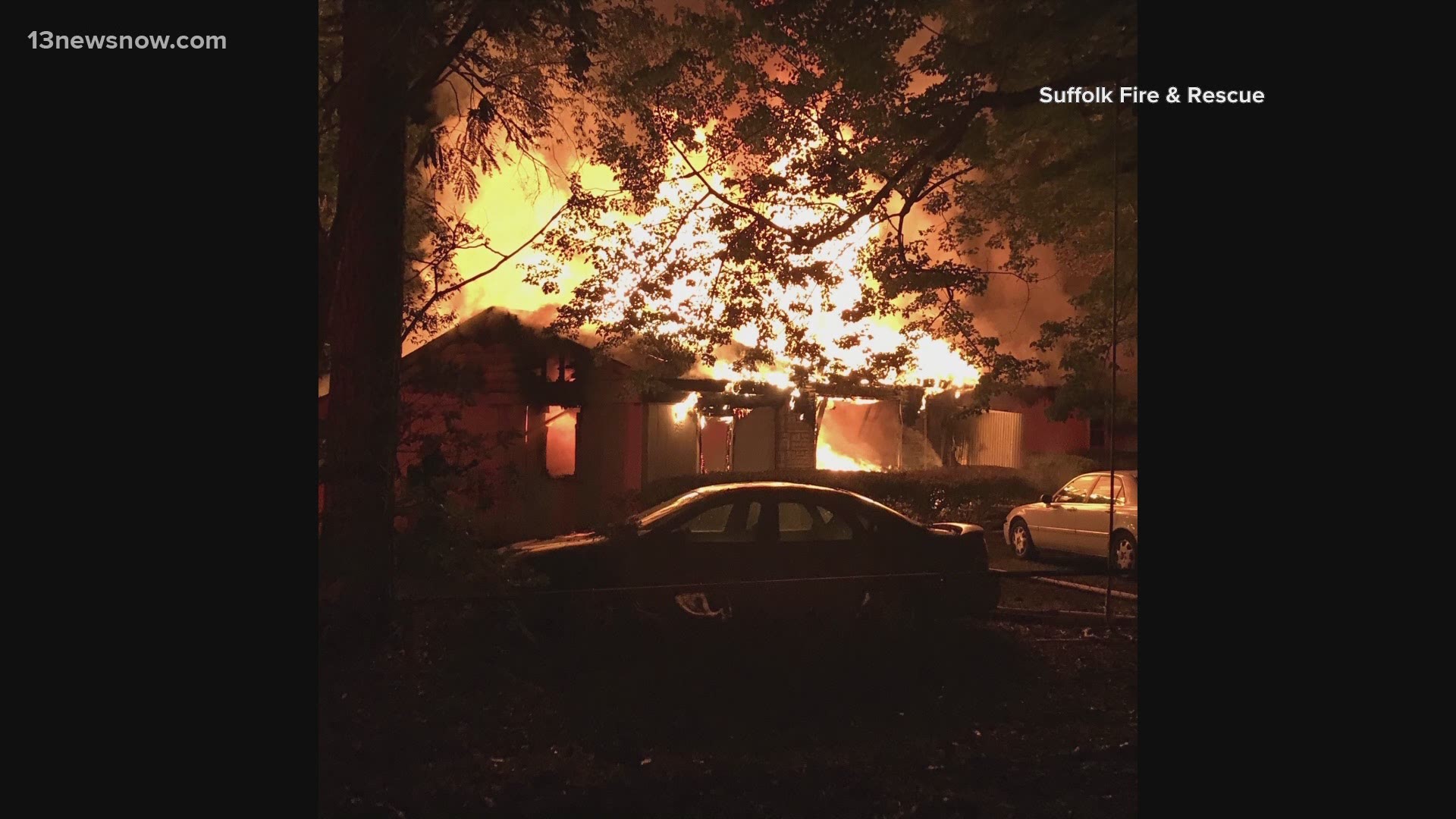 Suffolk Fire & Rescue say they responded to a fire in the 100 block of Kingsdale Rd. Saturday evening.

Fire units arrived and found heavy fire from a single story home. No one was in the home when they arrived, but three adults were displaced. Multiple pets died in the fire, including three dogs, seven kittens, and five snakes.

One firefighter suffered minor injuries and received treatment. The firefighter was taken to a nearby hospital.

Fire crews got the fire under control at 9:42 p.m.