The Hampton Roads Sanitation District is in need of a new storm water storage tank, while the city of Virginia Beach could use a new skate park, so the two entities have decided to work together and combine them. 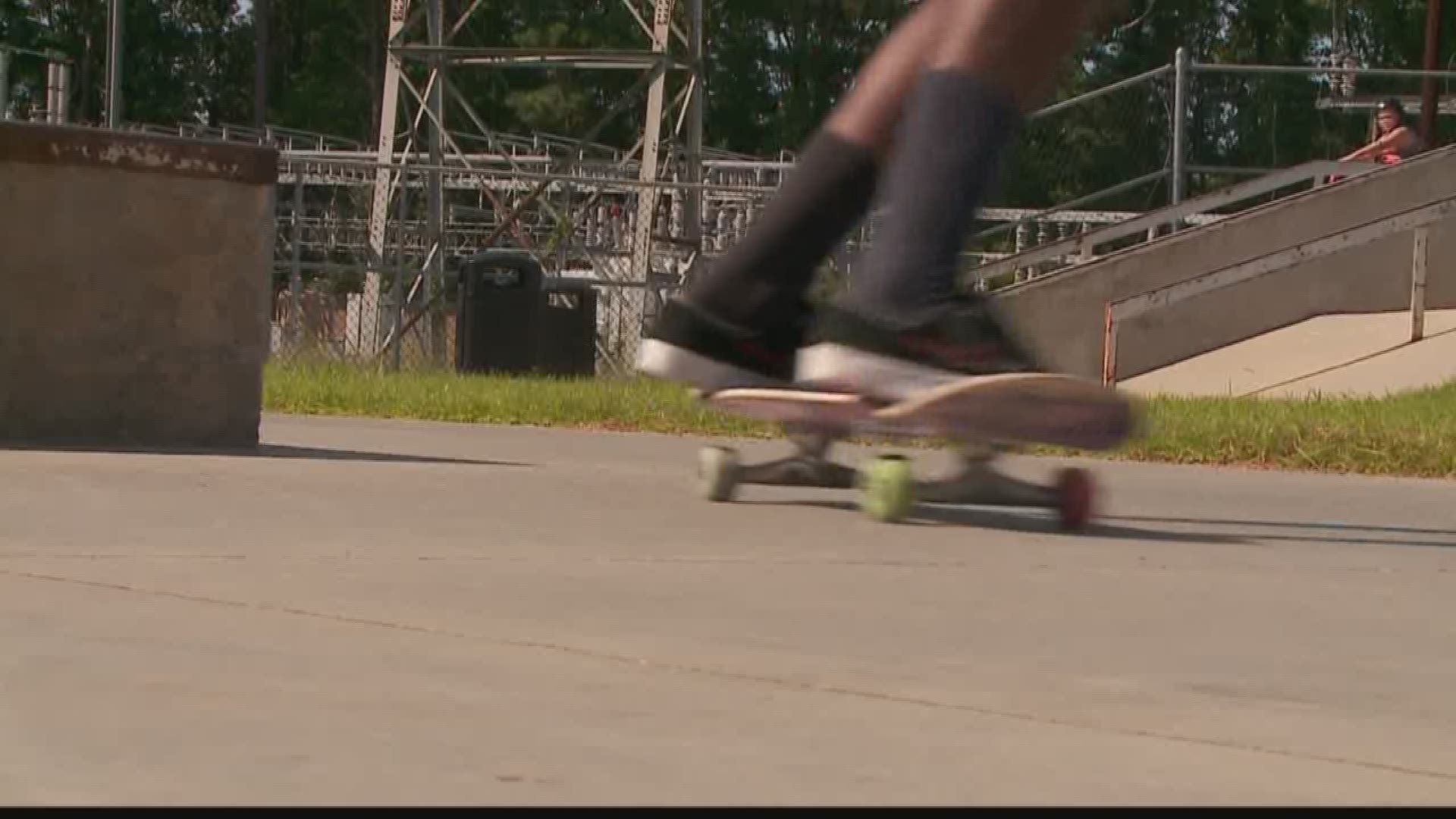 VIRGINIA BEACH, Va. (WVEC) -- A storm water tank and a skate park are being converted into one in Virginia Beach.

The Hampton Roads Sanitation District is in need of a new storm water storage tank, while the city could use a new skate park. So the two entities have decided to work together, by combining the two projects.

Mathew Gray grew up grinding down the rails and rolling up the ramps at Woodstock Park’s skate park.

“There’s a lot of pro skateboarders that have come from this park alone, skating this park every day,” said Gray.

However, he feels the park has lost its luster, the next generation just isn’t into it, and the numbers prove it.

“Its dwindled a lot, maybe five, ten at the most, back in the day it was 30, 40 people, had to sit down in order to get out of other people’s way,” said Gray.

City Planner, Chad Morris, says these young riders have reason to be optimistic. There are plans to build a brand new, 20,000 square foot skate plaza and underneath it a five-million-gallon storm water tank.

“This is one of a kind for me and Parks and Recreation of course,” said Morris.

The Hampton Roads Sanitation District has offered to fund the $23 million dollar project. They say the skate park is the perfect spot for a new tank.

“It will be probably filled a dozen or so times a year when you have a heavy rain event,” said Leila Rice, with HRSD. “Rather than take something and put it above ground and take up space we are trying to work with the city and create a positive for both of us.”

The project is expected to take between 18 and 24 months. During that time the city plans to overhaul the rest of Woodstock Park.

“The park office and restroom building, we would replace the large shelters, we would put in a new playground, we would add about 60 parking spaces,” said Morris.

When it comes to specifically designing the skate plaza. The city will be holding public meetings looking for as many ideas as possible.

“Our skaters are probably our best resource,” said Morris. “They know what they want and have the best feel for that type of activity.”

City council expects to officially approve this project by the end of the year and they hope to have it complete by the year 2021.