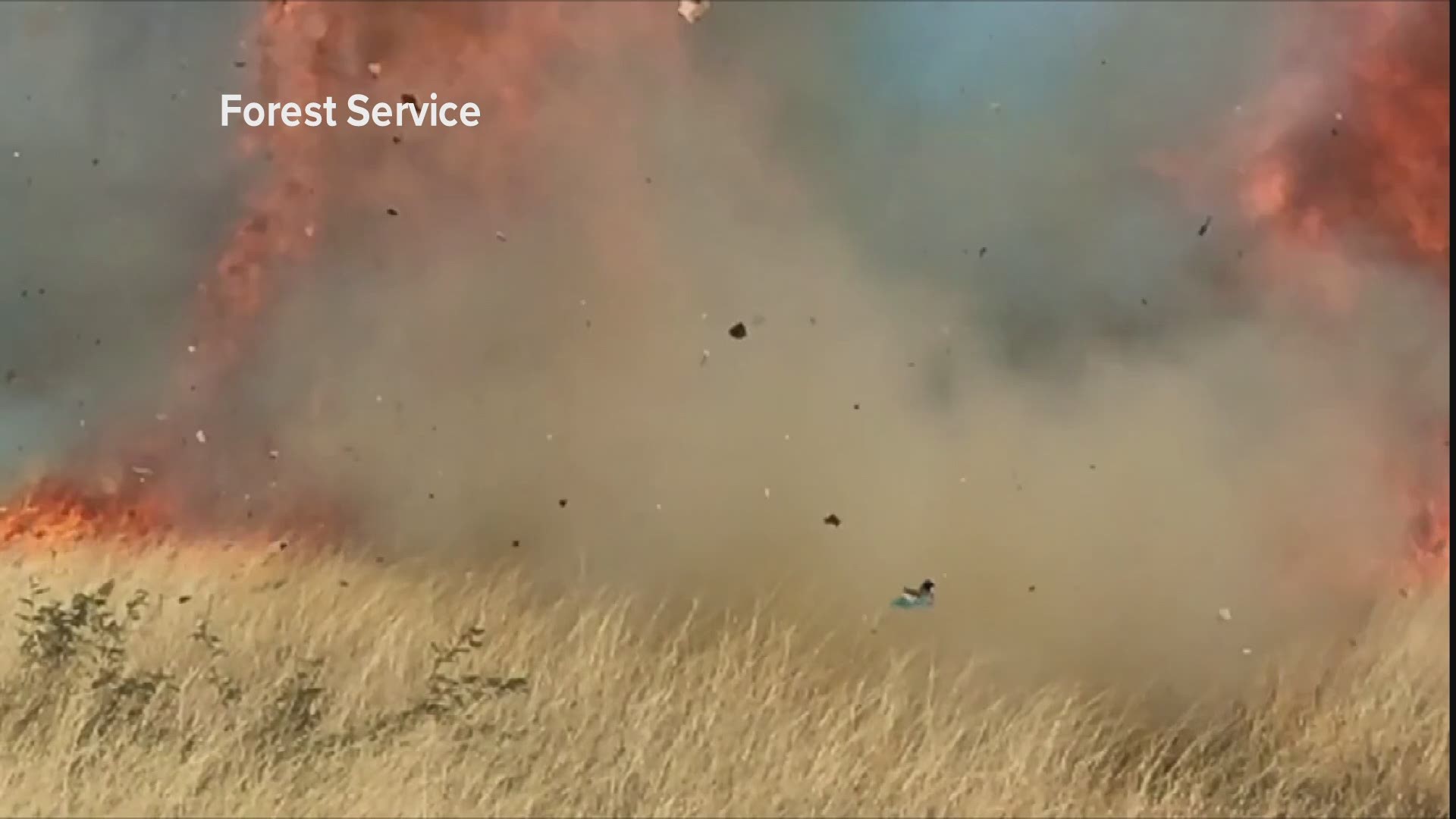 Video released by the U.S. Forest Service shows the explosion at a gender reveal party that sparked a massive Arizona wildfire last year.

Dennis Dickey, a Tucson sector border patrol agent who was off-duty at the time, was hosting the party on April 23, 2017. He filled a target with colored powder to reveal the baby’s gender and tannerite, a highly explosive substance.

The video shows the target exploding after Dickey fires his rifle, igniting the dry brush immediately surrounding the target.

In the video, someone can be heard shouting, “Start packing up!” And people can be seen running through the frame as the fire spreads.

The resulting Sawmill Fire burned almost 47,000 acres near Tucson. It lasted about a week and caused more than $8 million worth of damage. Hundreds of nearby homes were under pre-evacuation notices during the fire.

In a plea agreement, Dickey agreed to five years probation and will pay $220,000 in restitution, according to the Arizona Daily Star.