A one-of-a-kind exhibit is on display at the Chrysler Museum until January 13. 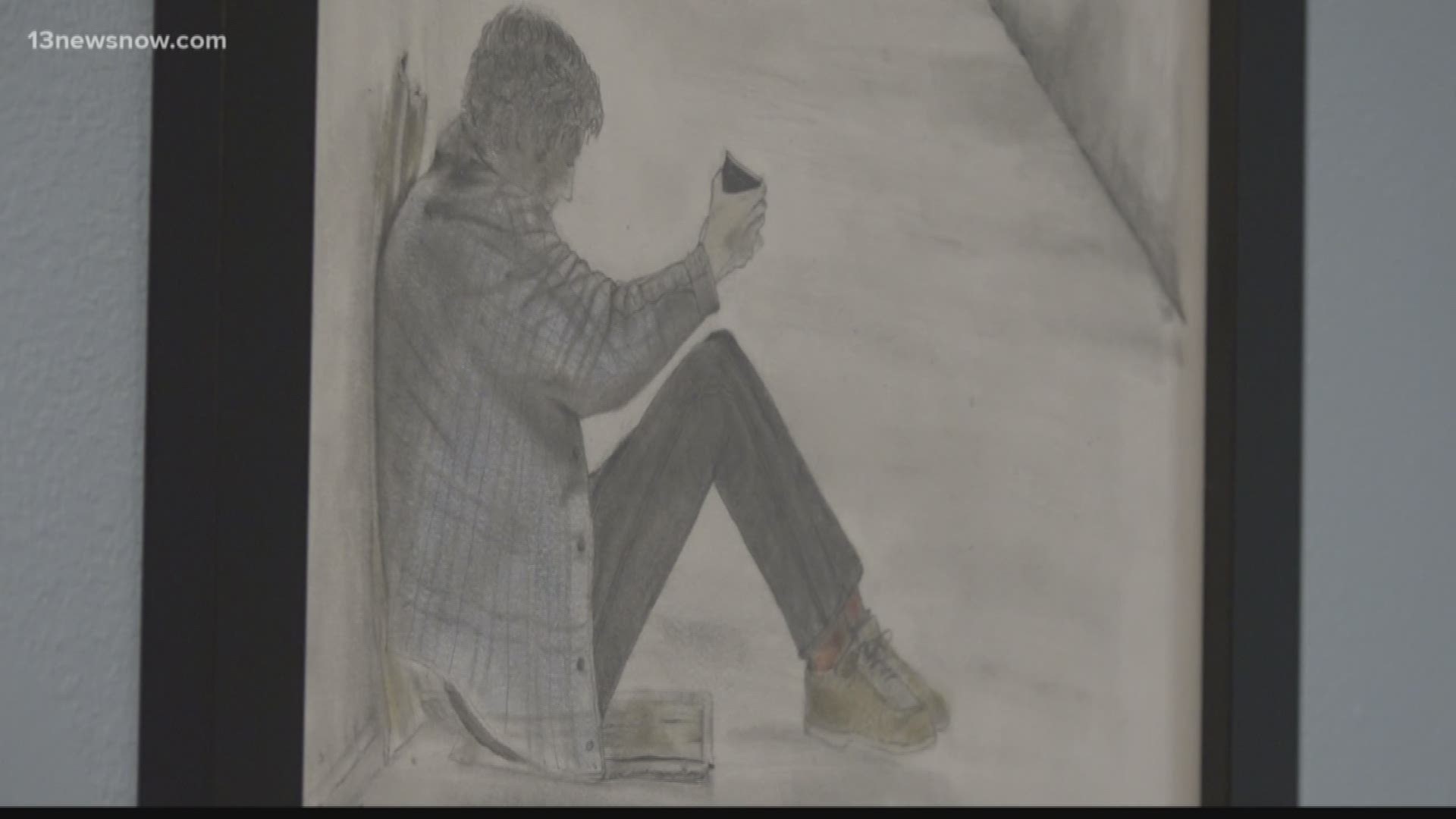 The exhibit is called 'Beyond the Block,' and it showcases artwork, created by inmates and former inmates across Hampton Roads.

One of those former inmates is James Bryant, who was at the Norfolk City Jail and released about a month ago. His drawing, titled "i'm Him" was on display at the exhibit.

"He said it meant something to him concerning his past and his present and that was his way of expressing it, by putting it on paper," said Lorraine Fraley, his aunt.

"His ability reaches far beyond the canvas or even further than he has been in his past," said Fraley.

The exhibit features 28 pieces of original artwork, made by inmates at jails in Virginia Beach and Norfolk, and the Hampton Roads Regional Jail.

For security concerns, inmates use items such as jail-safe pens, deodorant, and art paper to create the works.

The exhibit runs through January 13.