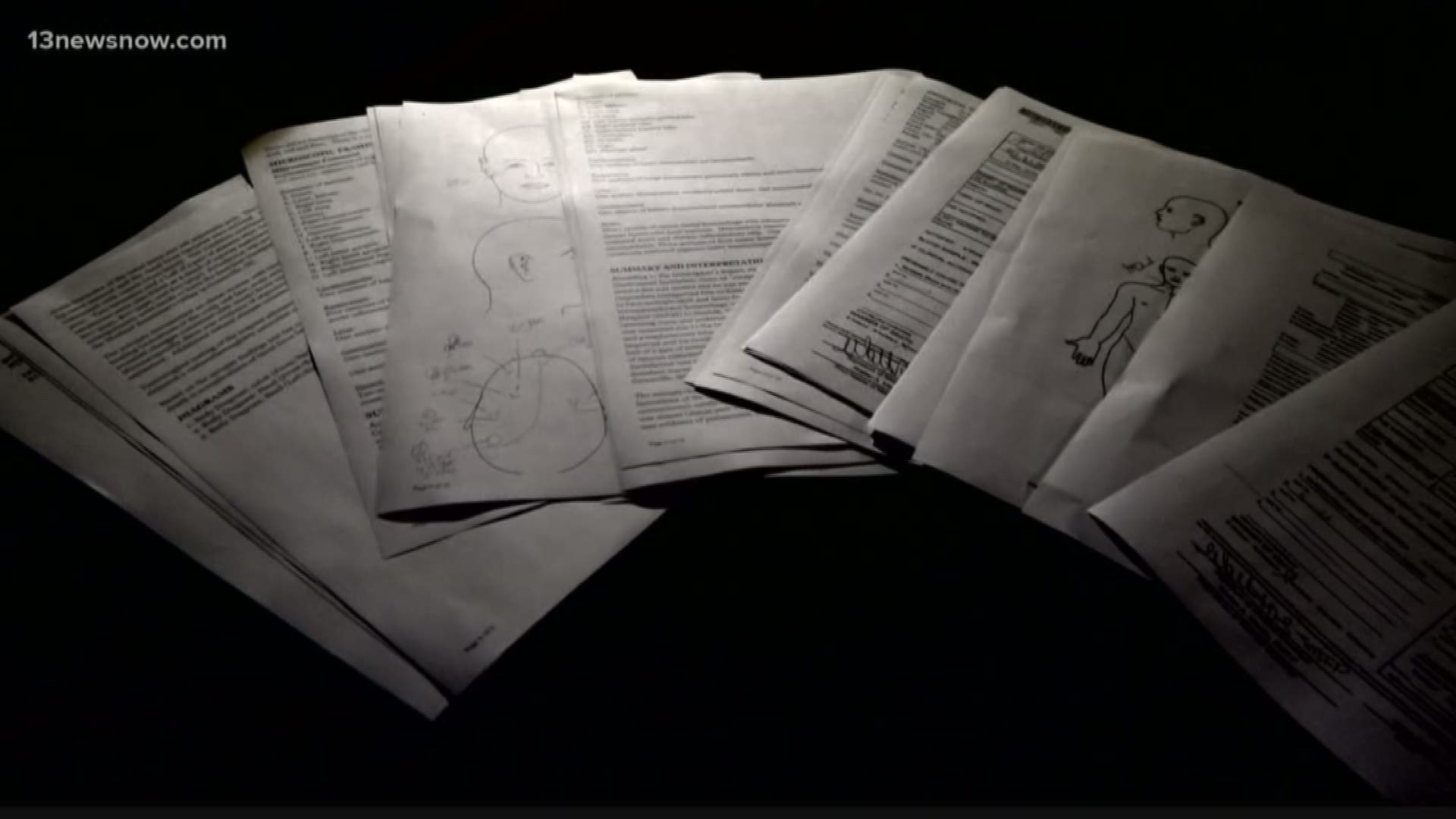 EDITOR'S NOTE: The information in the reports of the Pasquotank prison victims’ autopsies are graphic. Medical Examiners are blunt and use cold, scientific language to describe the vicious attacks.

The new reports give a clearer picture of the brutality inmates were able to inflict, while still behind bars. For Justin Smith's mom, the pain caused by the savage attacks hasn't eased.

Justin, the only officer guarding the sewing plant where the violence erupted, was stabbed more than sixty times. According to his autopsy, he had more than thirty lacerations to his face and scalp and his brainstem was nearly severed.

“You can't have one person with thirty-something deadly inmates,” Mathewson said. “You can't have where they're allowed to have weapons. You can’t have that.”

Veronica Darden's autopsy also details lacerations to her face and scalp, along with injuries to her jugular vein and right lung. The investigation report said her body was found near the freight elevator. It was face down and covered by cardboard boxes.

When 13News Now sat down with Darden's daughter, she said each new detail uncovered makes her more concerned about her mom's co-workers left behind at Pasquotank. She doesn’t believe it is safe for them to go to work every day.

“I mean, I thought that before my mom got killed, but I never would think that it would be like that,” she said.

Geoffrey Howe's injuries take up two and a half pages of his autopsy report. Medical examiners wrote he had skull fractures and traumatic eye injuries.

Wendy Shannon's cause of death was listed as complications of blunt force head injuries.

“There was some real anger, and hatred, and viciousness that took place in this prison on that day,” Rep. Bob Steinburg, whose district includes Pasquotank, added.

Steinburg continues to push for change in the North Carolina prison system. Monday, he introduced a bill to increase the prison death benefit to bring it on par with other law enforcement officers.

Late Tuesday, a spokesperson for the North Carolina Department of Public Safety sent 13News Now a statement for our story.

“What happened last October was tragic and senseless, and we continue to mourn the loss of four members of the DPS family, as well as support the heroes who helped prevent the four inmates from escaping,” North Carolina Director of Prisons Kenneth Lassiter said. “The department and Prisons management continue to focus on reforms that make our facilities safer for our employees, the public and the inmates. The department will continue implementing actions to help us do all we can to prevent incidents like Pasquotank from ever happening again.”