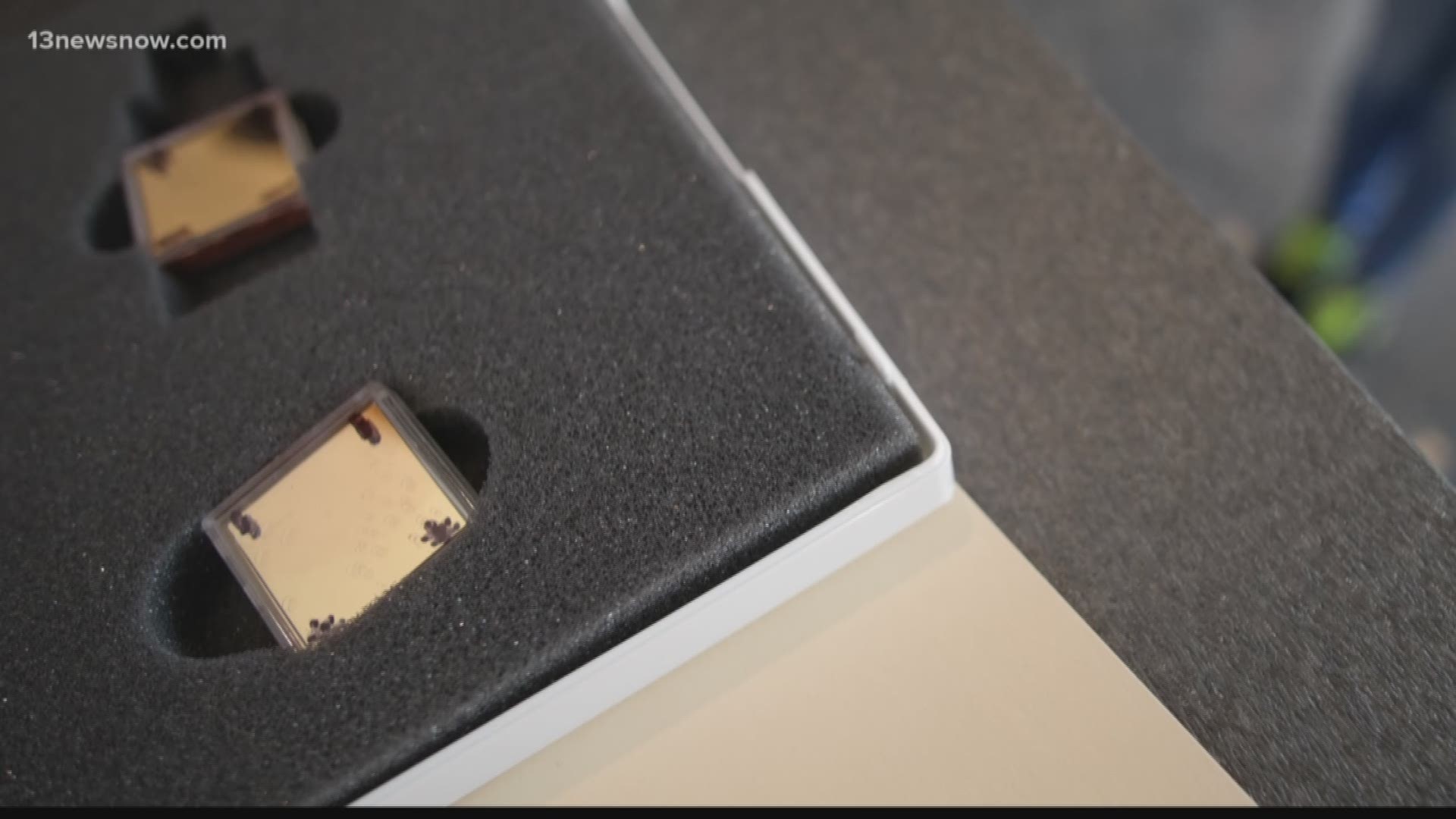 NORFOLK, Va. (WVEC) --- If you stepped into Kaufman Hall at ODU Thursday, you’d probably be a little confused.

Discussions on subthreshold transistors and nanoamps would likely be lost on the average person.

But what you need to know is that local inventor Clark Boyd believes he has found a new way of harvesting energy, similar to what the battery does today.

The potential breakthrough is called the Evercell, and the battery-less energy harvester lives in a container the size of a postage stamp.

“They cut the power required for most devices almost by half,” said Boyd.

Boyd’s Norfolk-based company Face International is still in the early stages of research and development.

The basic concept behind the Evercell is that it leverages the temperature difference within a material to generate electricity.

There were some skeptical people in the crowd Thursday during a presentation, but Boyd believes these new energy harvesters are game changers.

“There’s lots of areas that could be used,” said Boyd.

One practical example of its use involves transportation.

We’ve done reports on the condition of bridges in Hampton Roads, but imagine having sensors in the bridges that tell you when they start to corrode.

“Problem is you have to change batteries so you can’t embed the sensors,” said Boyd.

The Evercell fixes that problem because it’s a permanent energy source that doesn’t die, meaning it won’t require changing.