Currently, rainwater is not considered an independent source of freshwater 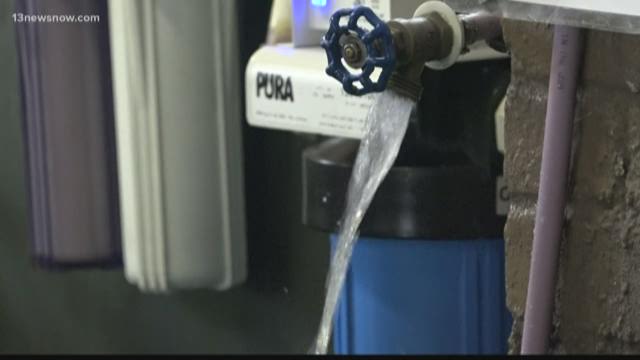 Tyrone Jarvis, the owner of Go Green Auto Shop, said he started harvesting rainwater after he discovered a water leak that ran under his building in 2014.

“It was a five-thousand-dollar water bill and that was just heartbreaking and upsetting, so we looked for a more sustainable way of using water,” said Jarvis.

Jarvis went off the grid and started using recycled water to run his auto shop. His system catches rain on the roof and then it passes through a purification system. The business would then use the water to flush toilets, wash hands in the sink and use it for auto products like antifreeze.

The goal is to save money and protect the environment.

“When we mix those chemicals, we're using rainwater instead of drinking water, you know every gallon counts for future generations,” said Jarvis.

However, once the City of Newport News learned about the rainwater harvesting practices, Go Green Auto was shut down for two days. This forced Jarvis to reconnect to the city’s water supply. State code doesn’t recognize rainwater as an independent source of fresh water.

“We had fully invested in this technology, but they considered it a threat to even have this sustainable method of water supply,” said Jarvis.

94th District Delegate David Yancey (R) met with Jarvis and introduced a bill in the General Assembly that would allow individuals to use rainwater regularly.

“Reward small business and reward not just the entrepreneurship but the ingenuity, the creativity, the innovation side that really make our small businesses so exceptional,” said Yancey.

The bill already passed the House and passed out of the Senate Committee on Education and Health on Thursday.

It will go before the Senate floor for a vote next week.