It's been over 60 years since she and 16 others broke the color barrier in Norfolk public schools, so why does it seem like so many barriers are still up? 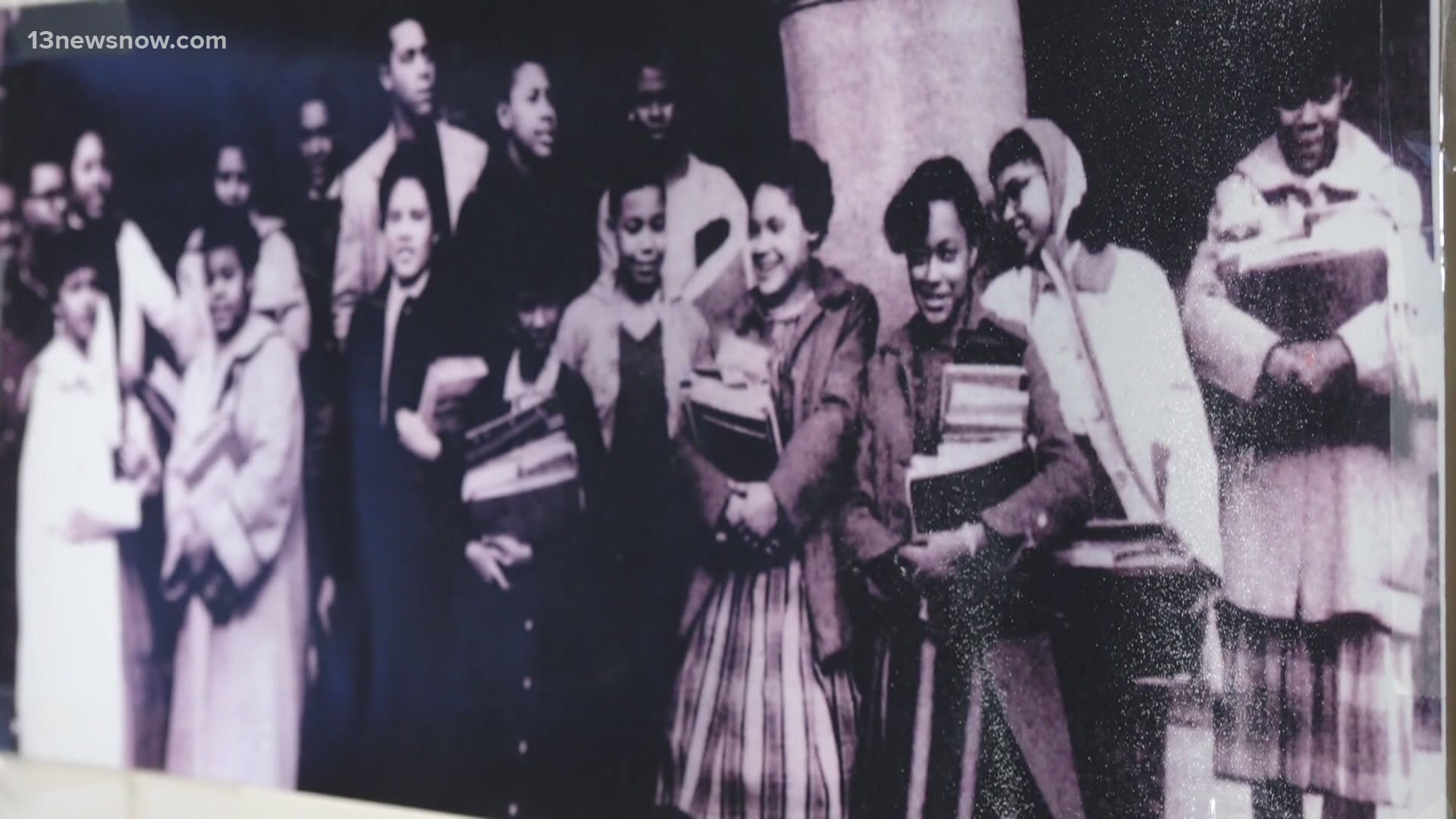 Dr. Patricia Turner was one of those 17, and she was one of six panelists for the event.

She rebuffs the memory but embraces the result: "It is a time to grow from."

February 2, 1959, started as 13-year-old Patricia Turner's first walk to school, finally free of the long bus ride past the all-white schools closest to her home in Norfolk.

The day was the last of her teenage years as she knew them.

"I didn't know how to be a teenager. That part of my life was erased. The children we played with on Saturday wouldn't even talk to us because they were afraid what happened to us would happen to them," said Turner, lamenting that it wasn't just her new classmates that gave her the cold shoulder.

More than 60 years later, there are moments when a light shines on the sacrifices Dr. Turner and the 16 others made.

"My oldest niece was a majorette for Norview High School. To see her marching in the band brought everything full circle for me," she said, illuminating the examples of progress. Despite these glimpses, there are still far too many moments where it seems people have forgotten or regressed.

It is for these reasons that she hopes to breathe life back into her story at ODU's virtual panel.

"I feel empty. There is no sadness because I know what I accomplished... I feel empty because the work is not appreciated. Why not know me now, why not realize the world needs to come together," she said, in hopes that tomorrow's stories will look different and she can stop looking back.