Body found near Charlotte home that caught fire days ago

The body was found Tuesday, days after the fire was extinguished. 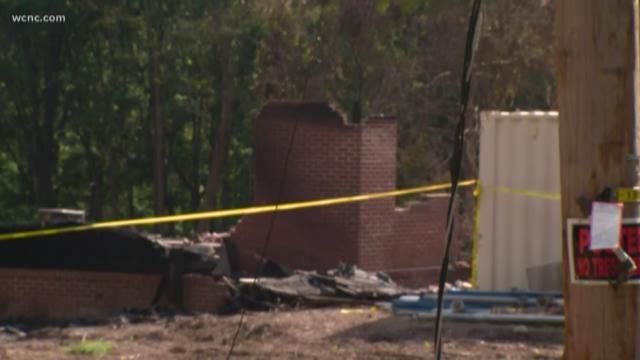 CHARLOTTE, N.C. — A death is being investigated in southwest Charlotte by the Charlotte-Mecklenburg Police Department's homicide unit. Officials say the investigation is taking place in the 6100 block of Kenley Lane.

At the same location on Saturday, the Charlotte Fire Department had extinguished a structure fire shortly before 6 a.m., and CMPD had responded to the scene to secure the perimeter.

An insurance adjuster was on the scene on Tuesday when they made the discovery. They then called 911. Police received the call for service just after 10:30 a.m. Tuesday.

Once officials were on the scene, the Medical Examiner's Office was able to confirm the presence of human remains.

The individual was later identified as Vernon Walker, 55.

Charlotte Fire officials said they were faced with a house that was destroyed by fire, and it was not safe to have firefighters enter the structure until after the fire was out.

Officials also said the house was sold to a company in July and was under renovations, and they had no reason to believe anyone was in the house when it caught fire.

At this time, the cause of death has not been determined.

WHAT OTHER PEOPLE ARE READING: